Protesters were met with teargas from Charlotte-Mecklenburg Police following the murder of George Floyd last summer. 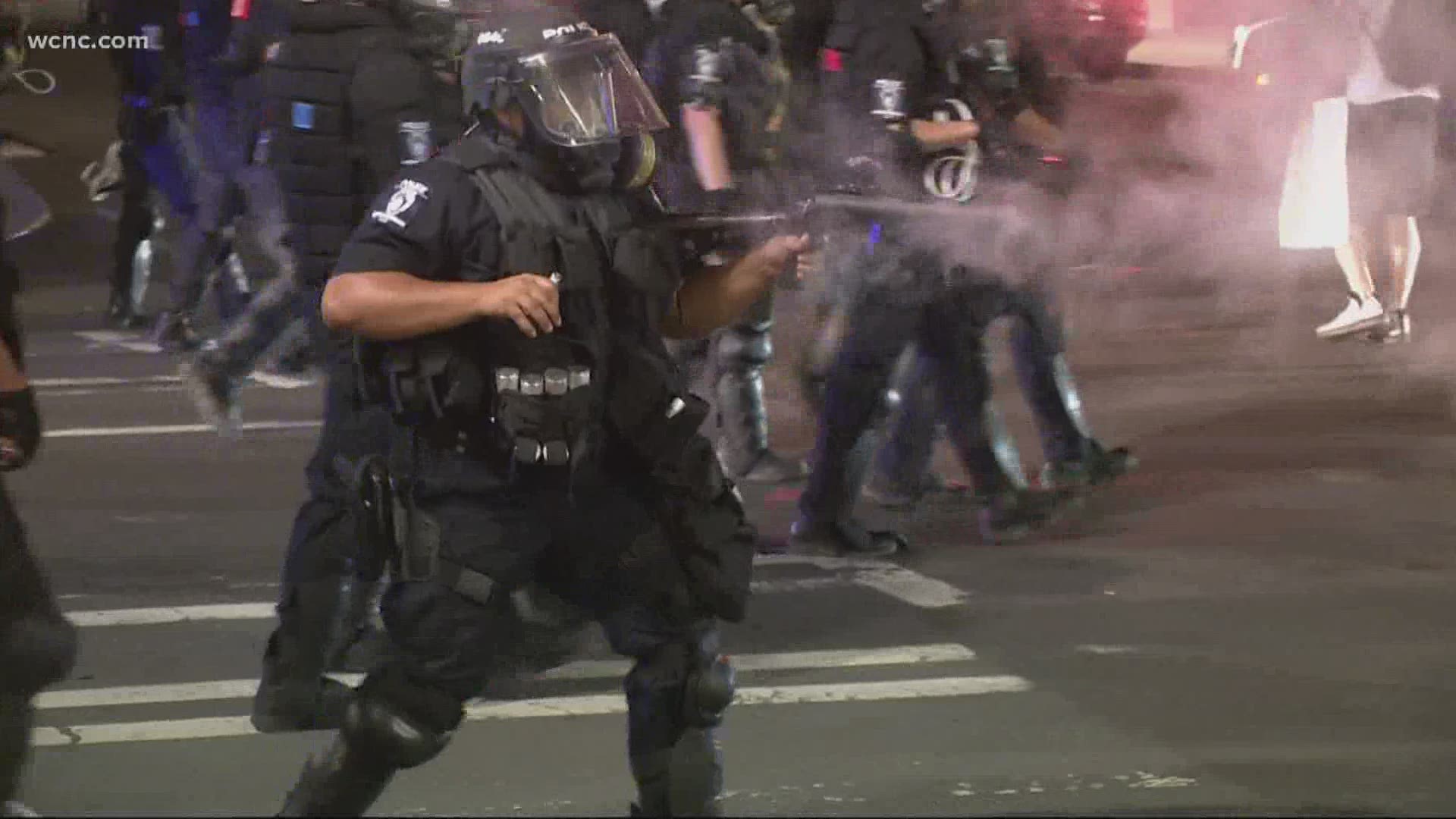 CHARLOTTE, N.C. — Multiple civil rights groups in North Carolina announced they have reached a settlement with the City of Charlotte and the Charlotte-Mecklenburg Police Department over the use of tear gas on protesters in Uptown last summer following the murder of George Floyd.

On June 2, 2020, hundreds of people filled the streets to protest police brutality after Floyd was killed by former Minneapolis police officer Derek Chauvin. They were met with tear gas from CMPD. Some of the protesters said they were trapped, by a maneuver called kettling, by the officers and had no way to escape.

Under the terms of the agreement, CMPD will re-evaluate some of its policies on how the department responds to protests, including a ban on tear gas. The agreement also includes a ban on the use of chemical weapons to kettle protesters and crowd dispersal orders must be communicated clearly, and repeated in English and Spanish, before giving protesters a reasonable time to disperse.

"Following the events that occurred on June 2, 2020, CMPD reviewed and revised several of its policies, directives and standard operating procedures including the Civil Emergency Unit’s SOP as we identified several areas where we could improve.

We are a learning agency and always looking for ways to improve as we owe that to the @CLTgov, @MeckCounty and all of those we serve because it is the right thing to do."

RELATED: 'Wave goodbye. They're all about to be gassed.' | CMPD releases bodycam footage from protests

In April of this year, four protesters sued the city and former police chief Kerr Putney for what they allege is a violation of their civil rights.

"It was an ambush," Roshawnda Thorn told WCNC Charlotte. "You didn't know if you was going to get shot from above, behind or in front."

“People should not be brutalized when they are exercising their right to protest. This agreement is a step in the right direction, but it’s insufficient to reckon with the violence and trauma protesters endured at the hands of police across the state last year,” said Kristie Puckett-Williams, statewide manager of the ACLU of North Carolina’s Campaign for Smart Justice.