CMPD Chief Kerr Putney said officers encountered the suspect in the store. When he refused to drop his weapon, an officer shot and killed him. 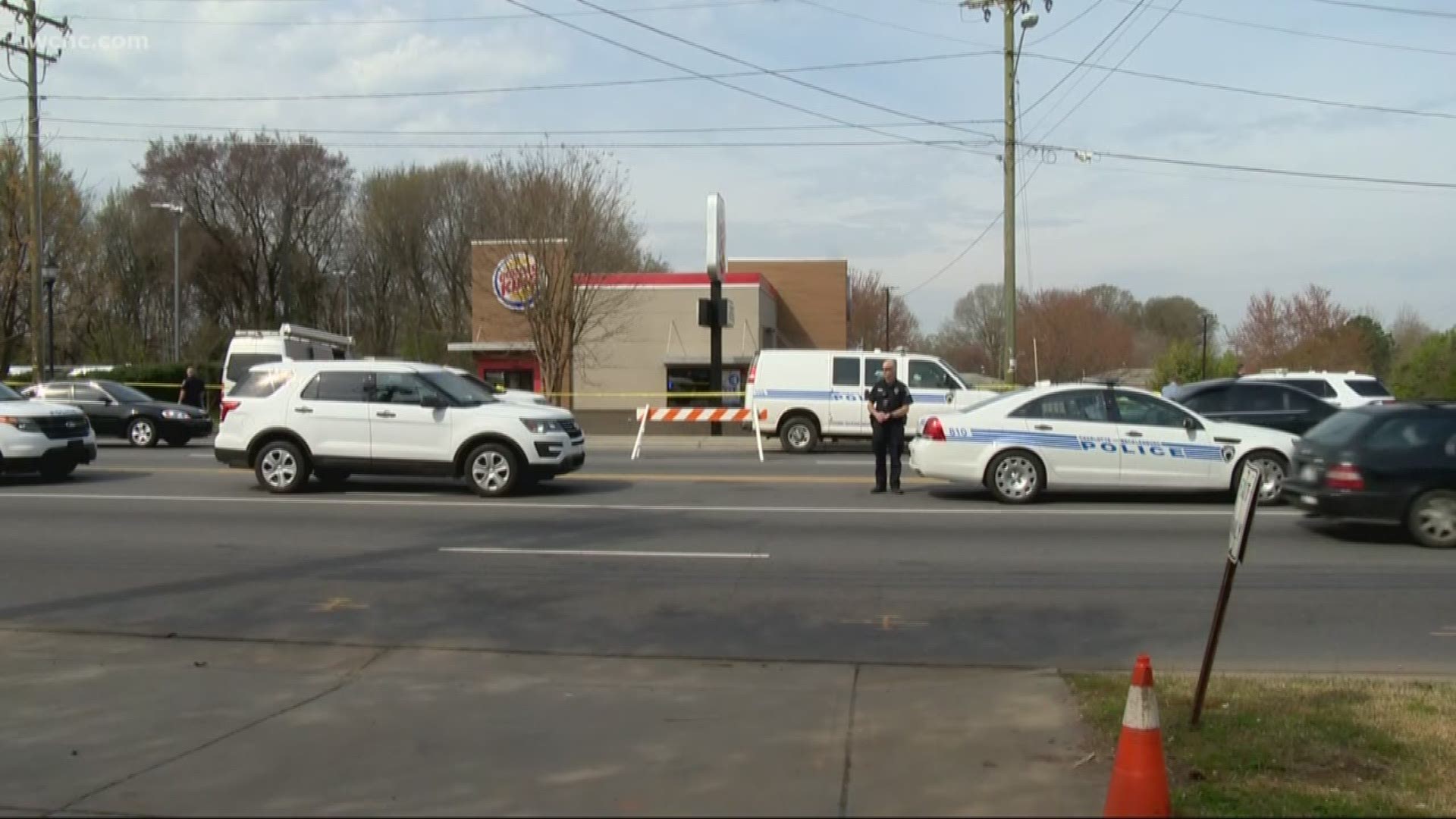 CHARLOTTE, N.C. — An armed suspect was shot and killed by a Charlotte-Mecklenburg Police officer near a Burger King in north Charlotte Monday morning, police said.

CMPD was called the Burger King on Beatties Ford Road at I-85 around 9 a.m. for an armed person in the store. According to a tweet from CMPD, no officers were injured during the shooting.

The man shot was identified as Danquirs Franklin.

CMPD Chief Kerr Putney said that officers encountered the armed suspect in the store and repeatedly ordered him to drop the gun. When the man came outside and refused to drop the weapon, an officer perceived a lethal threat and shot the man. Putney said detectives recovered a gun at the scene.

"A male subject came in, who was armed, acting kind of suspicious giving employees an uneasy feeling," Putney told reporters. "They [the restaurant] call us, we get here, engage the subject, who is armed, there are multiple commands to drop the weapon as we engage him outside in the parking lot.

"At some point, one of our officers perceived a lethal threat, fired at least one round striking the subject who was transported and recently pronounced deceased. We are trying to piece this all together."

Multiple witnesses at the scene offered conflicting accounts of the shooting from what CMPD said at the scene. Putney said detectives are in the process of interviewing every possible witness to determine what happened. CMPD later tweeted that there is misinformation circulating about what happened and clarified with their account of the shooting.

"When the police rolled up or whatever the case may be, the dude was about to get in the car and pull off," said one witness. "And when he was about to pull off, the police was like, 'drop the weapon.' When he turned around — hands open, nothing in his hand, no weapon — y'all shot and killed this man."

The suspect, Franklin, was rushed to a Charlotte hospital and died as a result of his injuries.

The grandmother of the Burger King employee spoke to NBC Charlotte. She said her grandson was at work when the suspect came in.

"The guy went to the window and started pushing on the, I guess the girlfriend," she said.

Moments later, the general manager of Burger King arrived and tried to calm the suspect down right before police arrived. An individual at the scene told NBC Charlotte the manager spoke to him and prayed with him before police came.

City Councilman Braxton Winston was on the scene and said he is working with detectives to get to the bottom of the shooting.

"We need the facts to come out and I think that's the most important thing right now," Winston said. "The community is quite concerned." 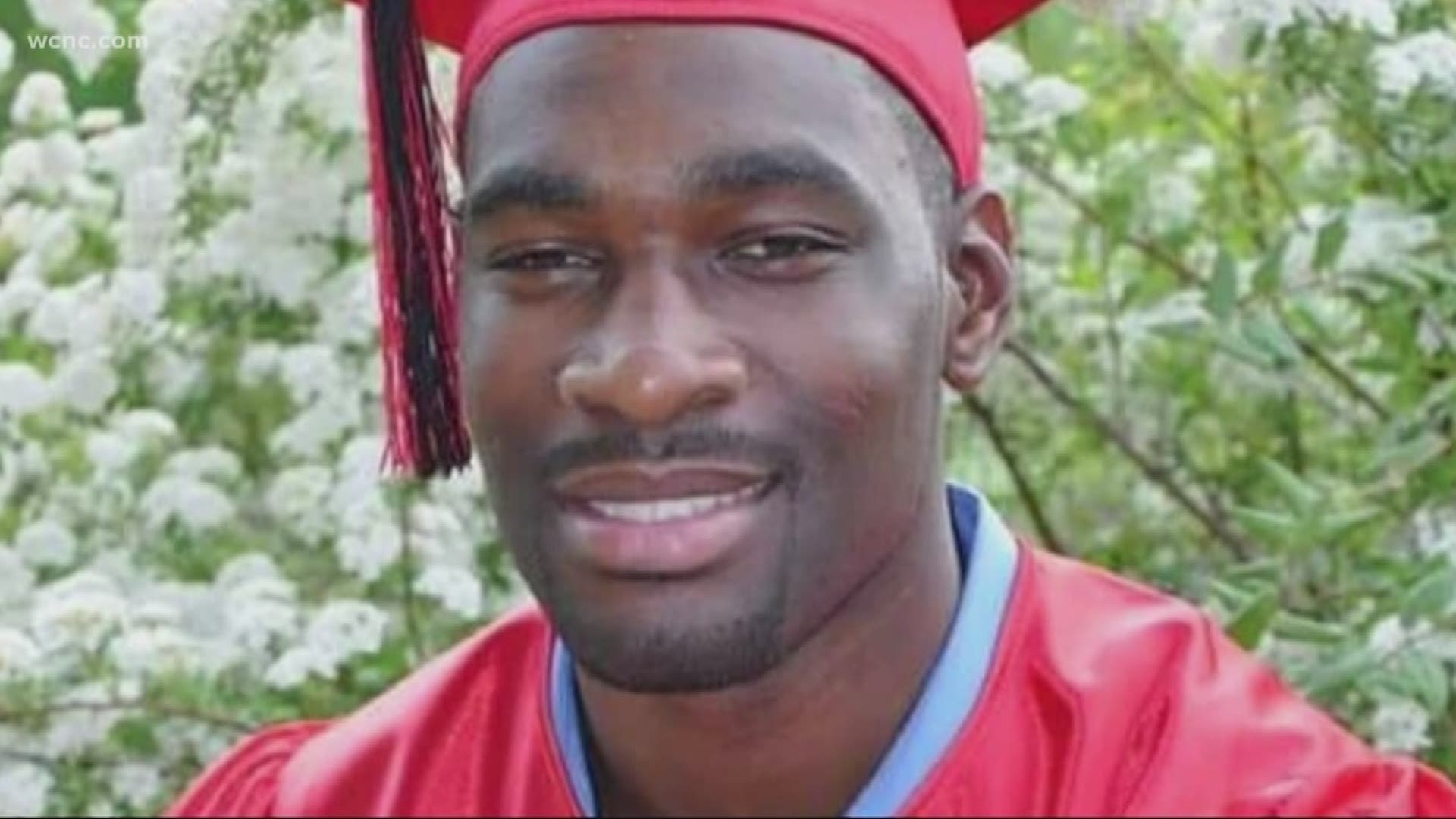 The day following the shooting, protestors continued to gather at the Burger King. Friends and family of Franklin say they believe a good person has died.

"He was someone who cared about more than just his self," one person close to Franklin told NBC Charlotte.

Police have not said when they will release the bodycam footage of the incident.

Putney plans to have a meeting Thursday night as part of the Bridging the Difference series. If the footage has not been released at that time, NBC Charlotte intends to inquire further at that meeting.

CMPD is conducting an internal investigation as well as a criminal investigation. According to CMPD, the officer will be placed on administrative leave, which is standard protocol any time an officer fires their service weapon.

The CMPD officer who fired her weapon was identified as Officer Wende Kerl, hired April 19, 1995.

"The truth is, when somebody's life is taken unnaturally, homicide or suicide, wounds never heal," Winston said. "These are things that you can only deal with. You can't replace a person, so again my thoughts are with the family right now of this person who was loved by somebody."

Groups have continued to gather at the Burger King and the CMPD headquarters to protest and mourn. 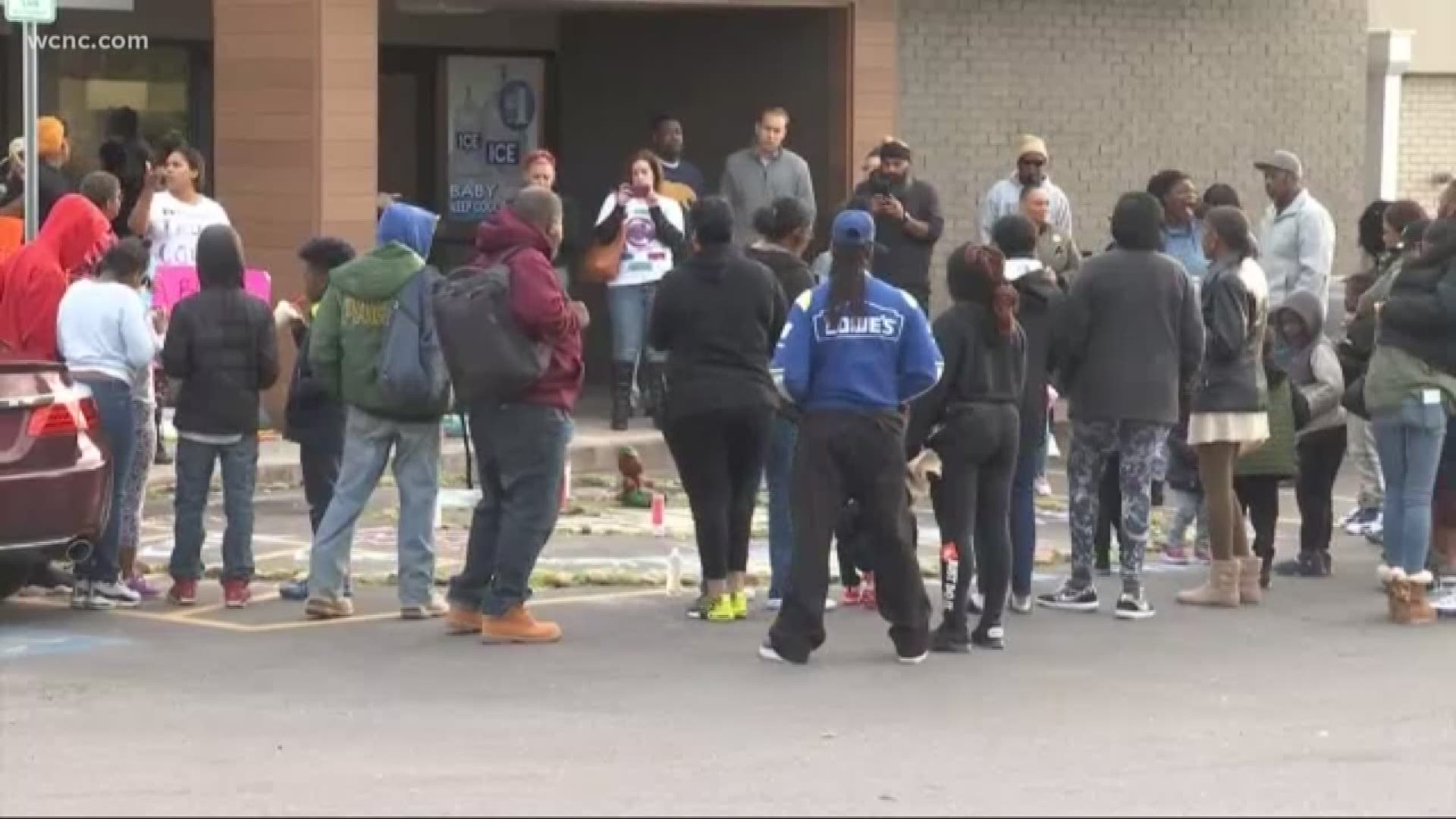 Charlotte Mayor Vi Lyles teared up at Monday's City Counil meeting as she addressed the officer-involved shooting, calling it a tough day for Charlotte.

Peaceful protests Monday had candles and posters at the entrance of the Burger King, one sign reading "a black man was killed here."

To some, protesters gathering sparked fears of the protests in uptown Charlotte following the officer-involved shooting of Keith Scott. 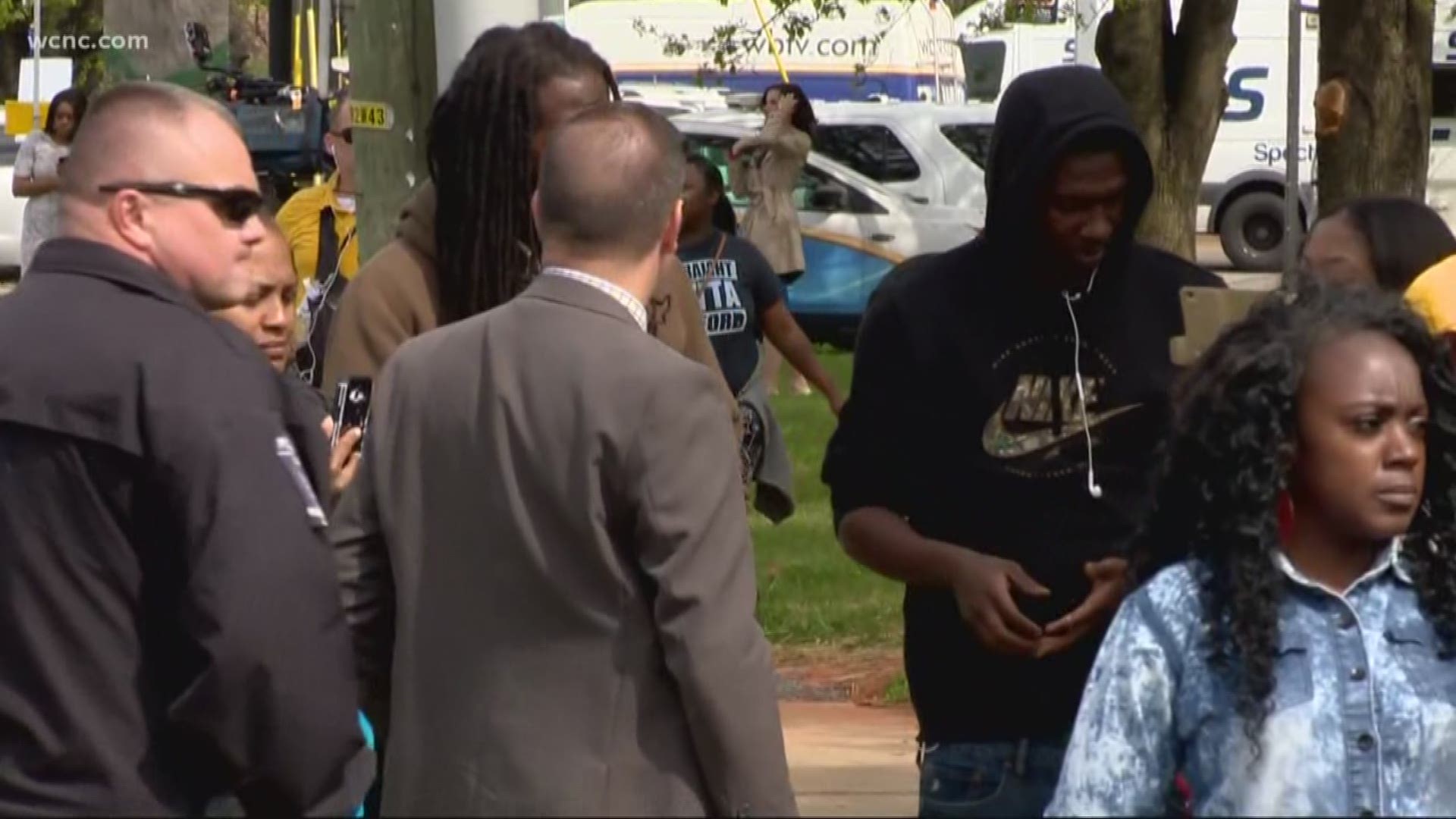 "We will have training. We will continuously have training," McFadden said. "But if we're well trained and the other side is not being told what to do or how to react, then we have a complicated situation at hand."

This is a developing story. Please stay with WCNC.com as more information becomes available.