Lisa Rothwell was charged with six felony charges after investigators said she had sex with a student multiple times. 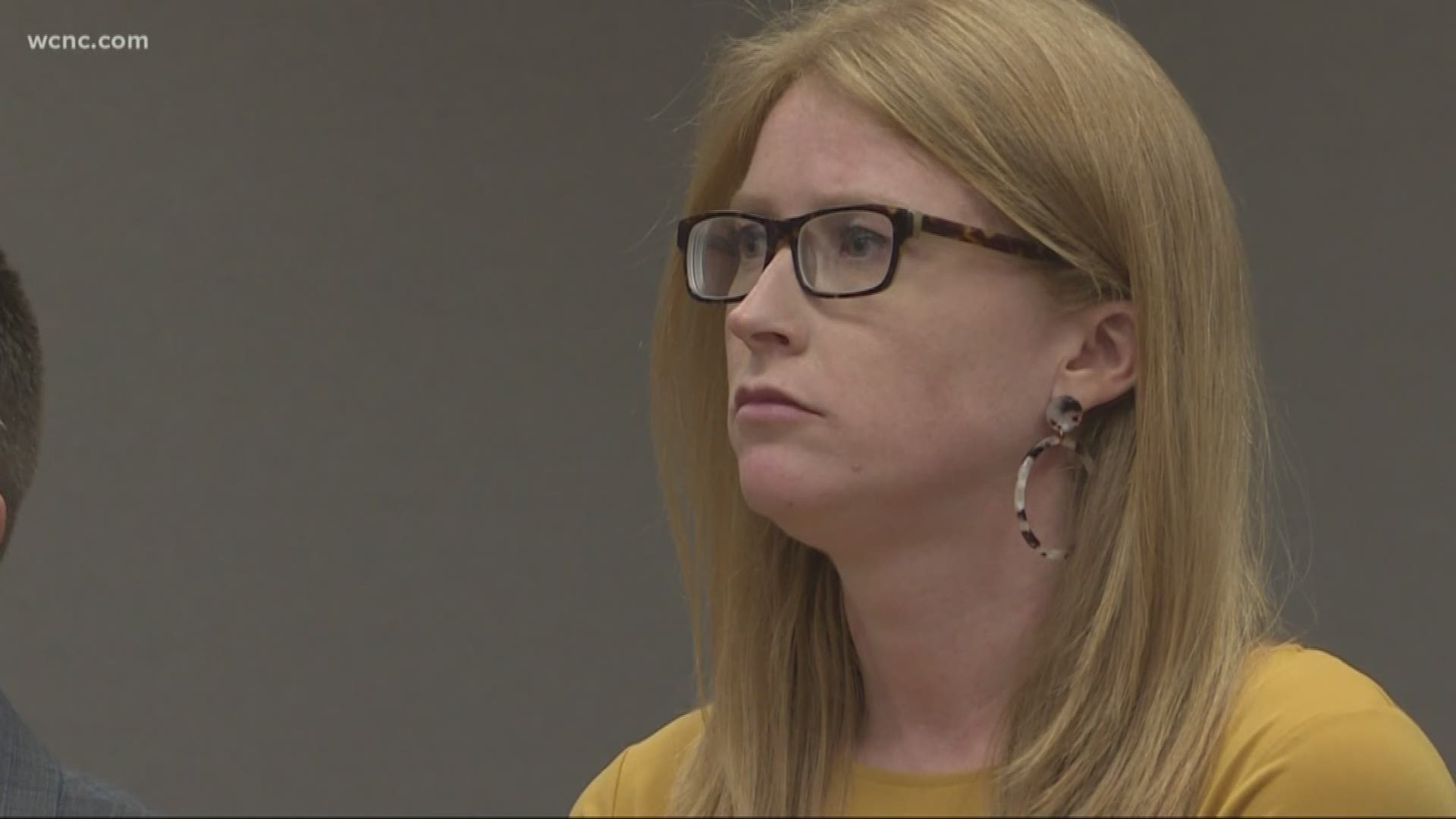 Lisa Rothwell, 34, a former assistant principal at Stuart Cramer High School, was suspended with pay after she was arrested on six felony charges earlier this month. Investigators said she had sex with a student multiple times in April and July.

On Monday, Rothwell pleaded guilty to having a sexual relationship with two different students while serving as assistant principal. As part of her plea, Rothwell will serve 10 to 21 months in a suspended prison sentence, which means she won't serve any time in jail. Rothwell will receive 24 months of probation.

It was revealed during Monday's appearance that Rothwell resigned from her position and forfeited her education license. Investigators also revealed that Rothwell's victims were 18 and 17 years old. Despite the 18-year-old's age, it's still illegal for an educator to have sex with a student attending their school.

The mother of the 17-year-old victim said the punishment is not justice for her son and described it as "a slap on the wrist."

Rothwell has over a decade of experience with Gaston County Schools, including four years at North Gaston High. She joined the Stuart Cramer staff in 2014 and became an assistant principal after earning her master's degree in 2015. It's unclear if the crimes happened on campus.

During a bond hearing, several teachers and students showed up to support Rothwell.

"I think that speaks volumes for what my client has done," Trippe McKeny, Rothwell's attorney, said. "I think it shows that she has helped a lot of people."

RELATED: Bond reduced for assistant principal accused of having sex with student

"I will tell the court that she was very cooperative with our investigation and never tried to play any games or hide anything," Bell said.

She said she's happy Rothwell will get her bond reduced especially after seeing the sadness on her face in court.

"It's the worst part is seeing her like that because I know her so differently," Majewski said. "Friendly, bubbly, caring, and this has put her in a very dark spot."

The mother of one of the victims said Rothwell's punishment is not enough.

She said Rothwell offered to help her 17-year-old get to graduation.

"I really trusted this woman and felt like she was somebody that really came into my life and could make a difference," the mother said. "[She] gave me hope when there was no hope whatsoever."

The mother said Rothwell was finally able to motivate her son until she found out about their illicit relationship.

She said her son is now struggling, and she has no idea if he'll graduate this school year.

"I just hope that no other parent would have to go through taking and trying to pick up the pieces of what should be the best year of their child's life," the mother said. "The milestone that I thought wouldn't happen and now still don't know if it will."