The suspect has been captured wearing a variety of wigs while committing bank robberies near Charlotte. 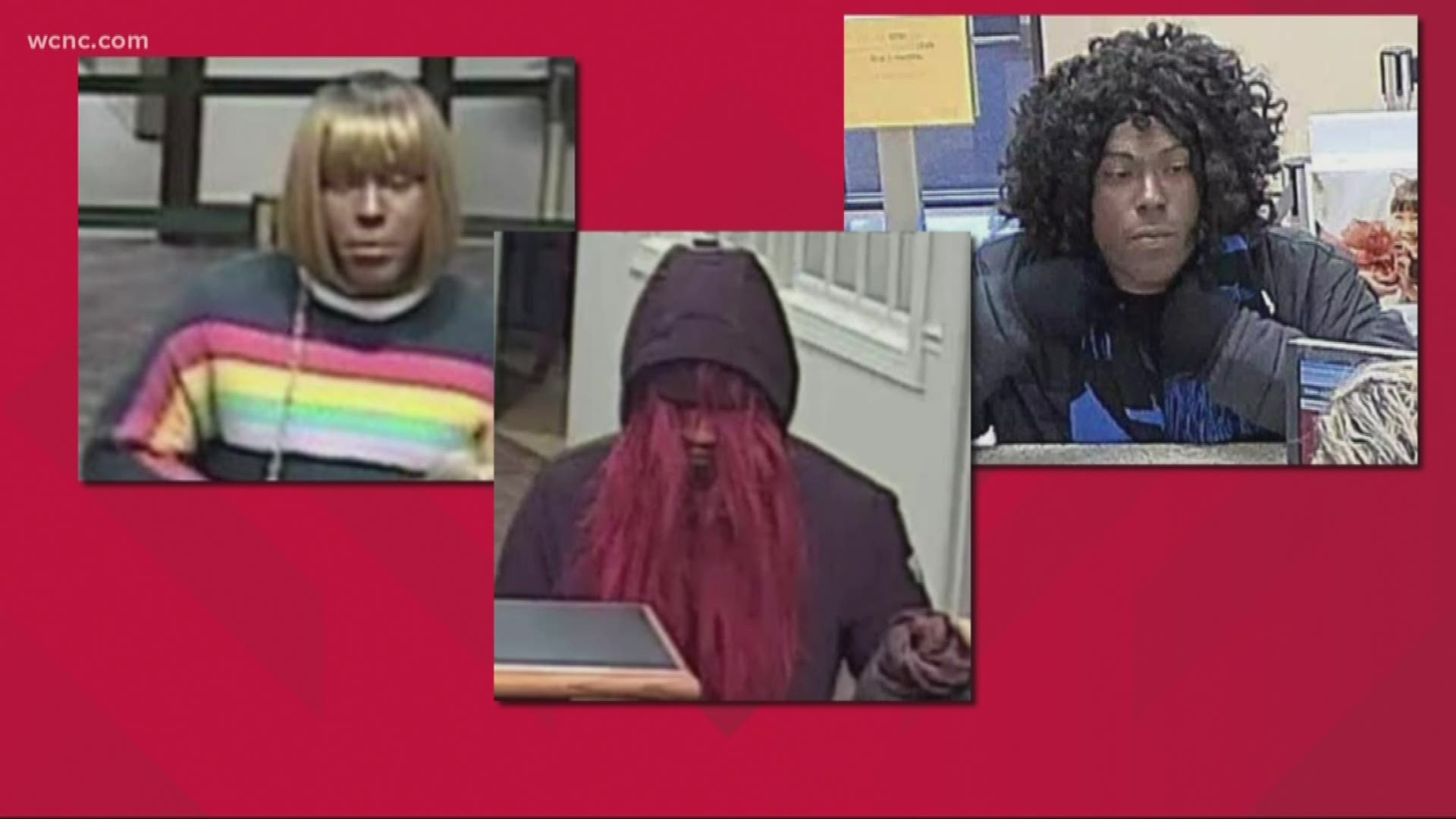 CHARLOTTE, N.C. — The Federal Bureau of Investigation is looking for a bank robber they have nicknamed the 'bad wig bandit.'

The man, who is now wanted for at least three bank robberies in Huntersville, Belmont, and Gastonia, has been captured on surveillance video wearing a variety of wigs.

The suspect was first seen publicly in December when authorities asked for the public's help in identifying the black man seen wearing a wig and high heels while robbing the BB&T Bank on Northcross Drive in Huntersville.

On Thursday, the Charlotte office of the FBI announced the same suspect is also wanted for robberies in Gaston County.

On Wednesday, the man robbed the New Horizon Bank, located at 6440 Wilkinson Boulvard in Belmont, the FBI said. Five hours later, the suspect robbed the Wells Fargo, located at 403 Cox Road in Gastonia.

In all three cases, the suspect got away with an undisclosed amount of money.

Anyone with information, is asked to call the the Charlotte office of the FBI at (704) 672-6100. Tips can also be submitted online at https://tips.fbi.gov.

Vermont bill would ban people under 21 from having cellphones