Bail on hold for Virginia Tech player charged with murder

Etute told police he beat his victim because he discovered his Tinder match was a man. 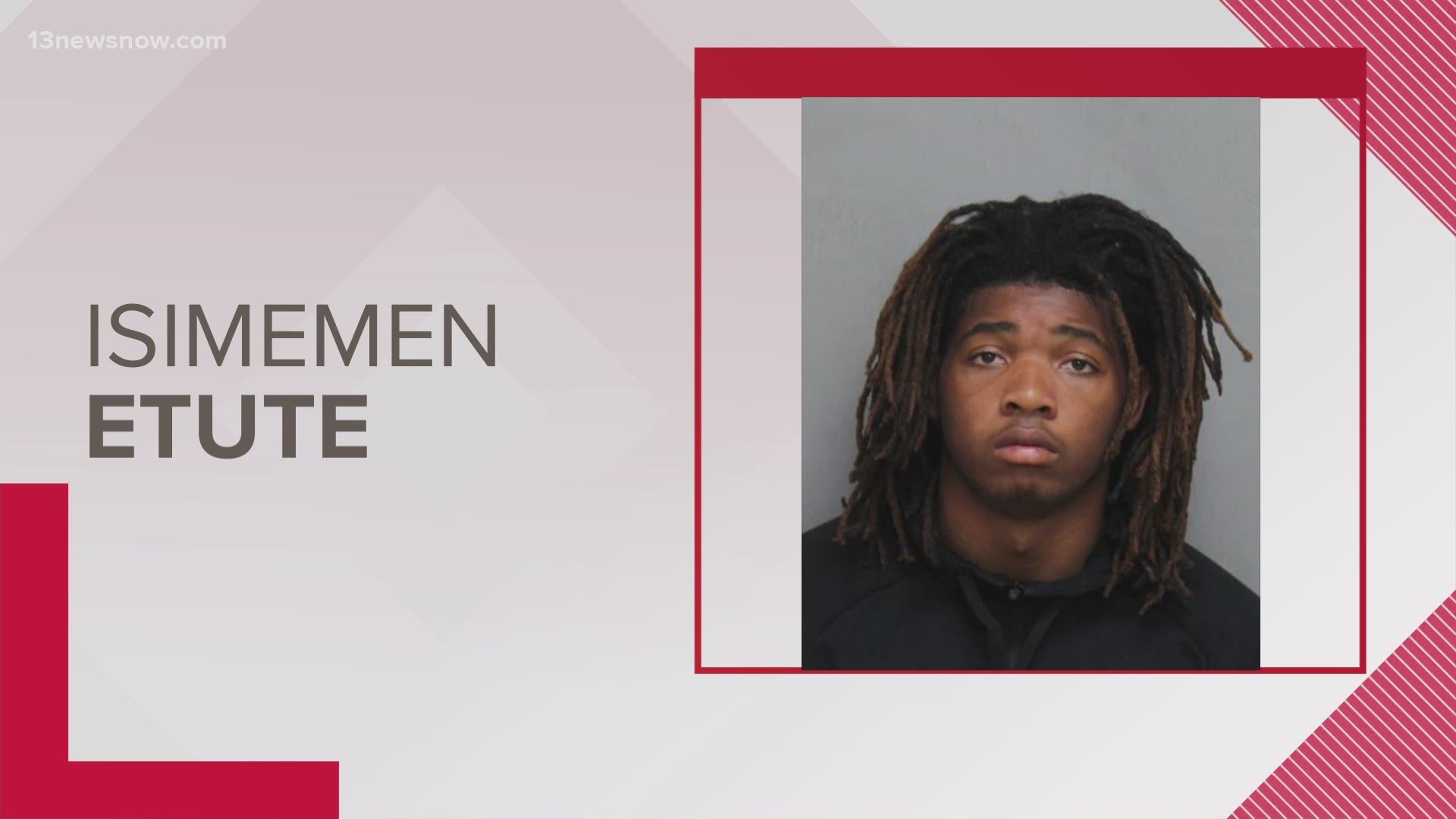 VIRGINIA, USA — Arguments presented at a bond hearing for a Virginia Tech freshman linebacker charged with second-degree murder reveal that he told police he beat his victim after discovering that his Tinder match, “Angie,” was a man.

News outlets report that a judge set a secured bond of $75,000 for Isimemen Etute, but he will remain in jail after prosecutors filed an expedited appeal.

Etute is charged in Jerry Smith's death. According to police statements, Etute told police that on May 31, he discovered his match he thought was a woman, was a man.

Etute told police he punched and stomped Smith and heard gurgling as he left, but didn’t call police.