These types of cars were targeted most often by catalytic converter thieves, police say

Catalytic converters are expensive car parts that contain precious metals, such as platinum. Thieves sell them to scrapyards for cash. 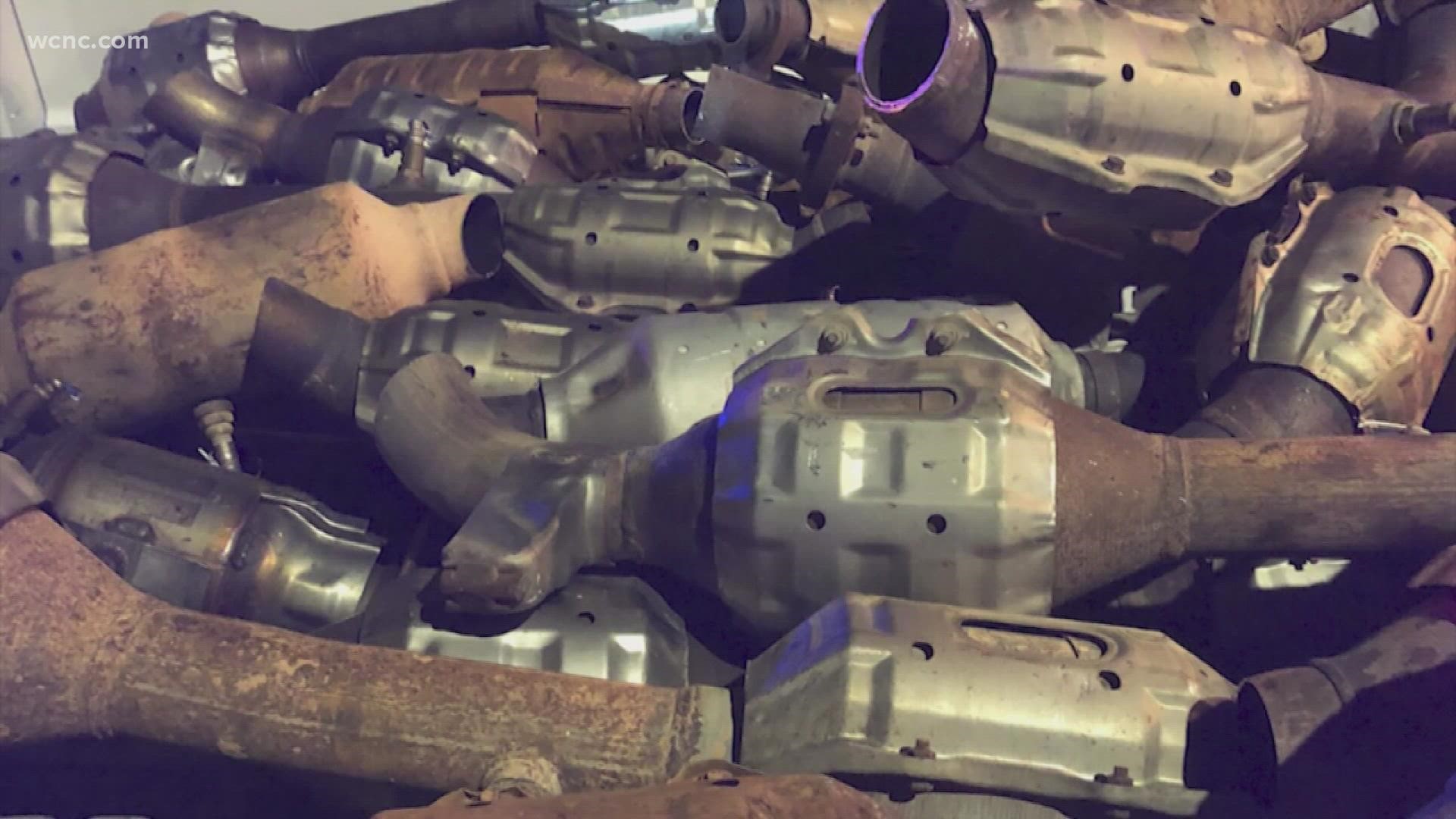 SALISBURY, N.C. — Police in Salisbury said they have received 45 reports of stolen catalytic converters this year, and certain models are being targeted more than others.

Catalytic converters are expensive car parts that contain precious metals, such as platinum, making them an easy target for thieves to sell in scrapyards.

In a tweet, the Salisbury Police Department said the most commonly reported thefts were among Toyota Priuses, Honda vans and pickup trucks. SUVs are also among the most targeted vehicles. They also reported two U-Haul moving trucks had converters stolen this year.

Police said any person who owns or drives one of these cars should park in well-lit areas or near cameras if possible. Anti-theft devices can also be installed on catalytic converters to deter thieves.