NBC Charlotte discovered the case is one of a "large number of cases" brought by former Catawba County narcotics investigators that were ultimately rejected for prosecution by former district attorney David Learner. 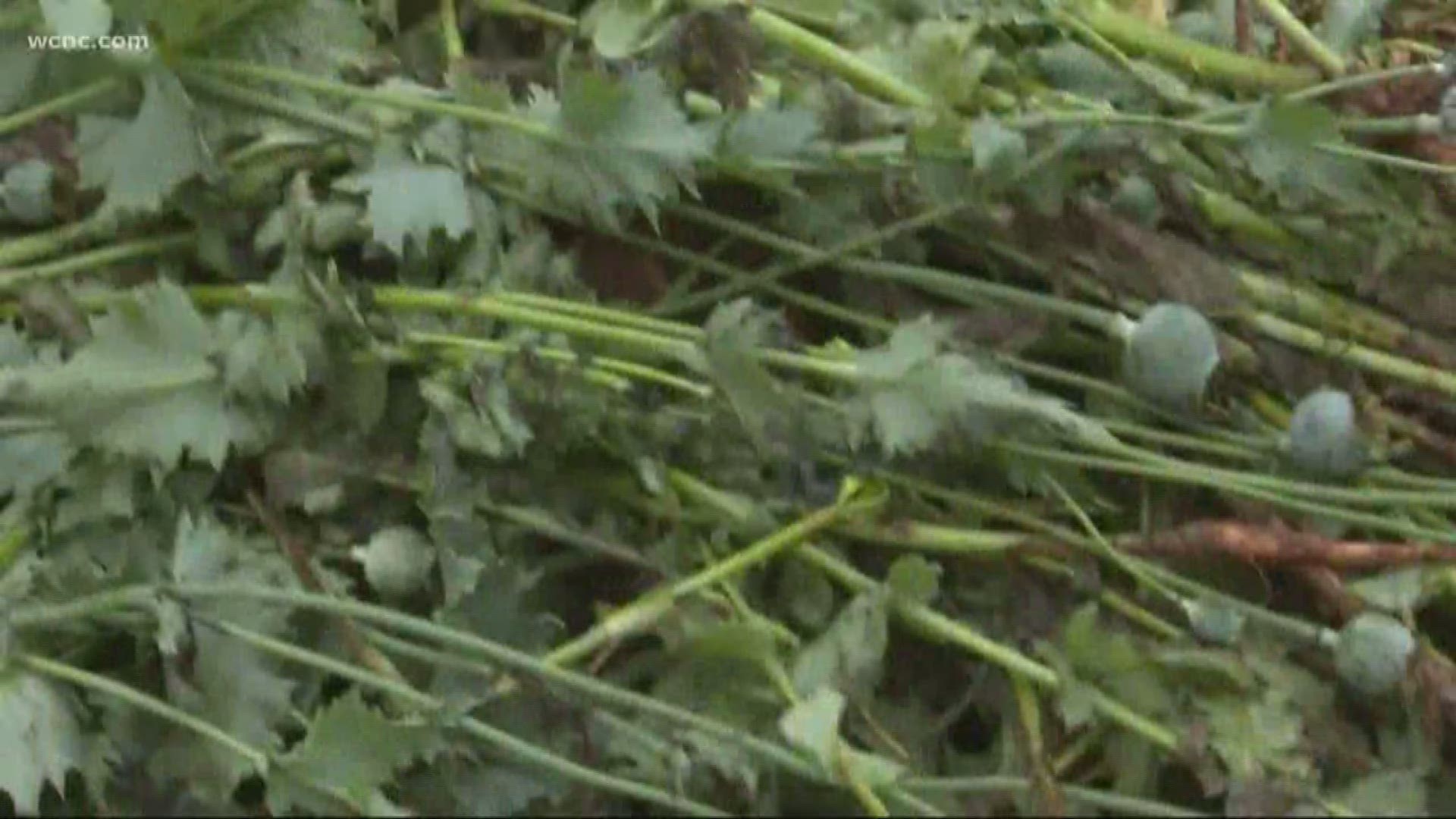 NEWTON, N.C. — A case once touted as a historic drug bust in North Carolina resulted in no criminal convictions nearly two years later -- part of a pattern of narcotics cases in Catawba County rejected for prosecution.

In May 2017, county deputies seized what they described as $500 million worth of opium poppies near Claremont; the plant's opium is the raw material for prescription painkillers and illegal drugs.

However, in January 2019, prosecutors formally dismissed charges against Cody Xiong, who was accused of trafficking the plants.

NBC Charlotte discovered Xiong's case is one of a "large number of cases" brought by former Catawba County narcotics investigators that were ultimately rejected for prosecution by David Learner, the county's former district attorney.

Scott Reilly, the current district attorney, started his term in January. He said his office formally filed paperwork to dismiss Xiong's charges after Learner's office already decided not to prosecute him.

He said Xiong's charges shouldn't be listed as "pending forever" if prosecutors had already decided not to take his case before a grand jury.

Reilly said his predecessor's decision to reject Xiong's case and a "large number of cases" served as a "blanket rejection" of the Catawba County Sheriff's Office narcotics unit, which, at the time, was run by Captain Jason Reid.

Reid is facing criminal charges after being accused of stalking an ex-girlfriend by using a vehicle tracking device belonging to his narcotics unit.

Learner had also filed a "Giglio order" on Reid, a formal disclosure that Reid had credibility issues.

NBC Charlotte is still working to get in touch with Learner for comment, but phone numbers listed for him were disconnected.

A reporter briefly spoke to Reid, who said he couldn't comment on the story.

Charlotte was named the 21st best city to live in. Another NC city was No. 2.