A north Charlotte man is in jail after detectives say he fatally stabbed his mother Monday. 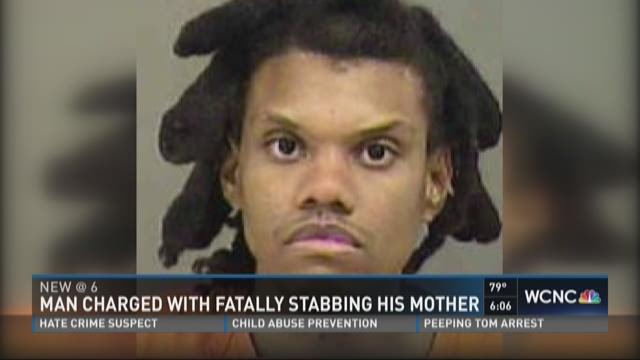 CHARLOTTE, N.C. – A north Charlotte man is in jail after detectives say he fatally stabbed his mother Monday.

According to Charlotte-Mecklenburg Police, Dionte Marquel Long, 26, has been charged with the murder of 50-year-old Marcella Lightner Thrash.

Officers responded to a reported assault in the 5600 block of Hubbard Point Drive just after 7 a.m. Monday. When officers arrived on the scene, they found Thrash suffering from an apparent stab wound. She was pronounced dead on the scene by Medic.

Detectives identified Long as the suspect in the case and transported him to CMPD headquarters Monday. He was then transferred into the custody of the Mecklenburg County Sheriff’s Office and arrested.

Now, NBC Charlotte has learned he has a criminal record out of South Carolina, which includes resisting arrest, but nothing like the charge he’s facing now.

On the week of his birthday, police say Dionte Long stabbed his own mother to death. Neighbors described the scene on Hubbard Point Drive Monday morning.

“We did see one individual come out in cuffs, he was kind of being held down in the front yard for a while,” says one neighbor.

Long will turn 27-years-old behind bars on Thursday after a judge denied bond on Tuesday. In court, his father expressed concerns about his “meds” while in jail.

NBC Charlotte is learning Long has a criminal record out of South Carolina, which includes charges of shoplifting and resisting arrest in 2011. Neighbors say the homicide investigation put their peaceful neighborhood on alert.

“I saw those crime neighborhoods, all the signs and I thought those were jokes, and now it kind of makes me want to be a part of that and take it a little more seriously,” says one neighbor.

“Hopefully, things like this don’t become a normal occurrence, we’ll do our part to make sure the neighborhood stays safe and secure,” says another neighbor.

Outside the courtroom, NBC Charlotte briefly spoke to Long’s father before a Public Defender advised him not to comment.

Prosecutors have yet to decide if Long will face first-degree or second-degree murder. His next court appearance is on April 19 for a bond hearing.