Charlotte man indicted, accused of participating in US Capitol breach 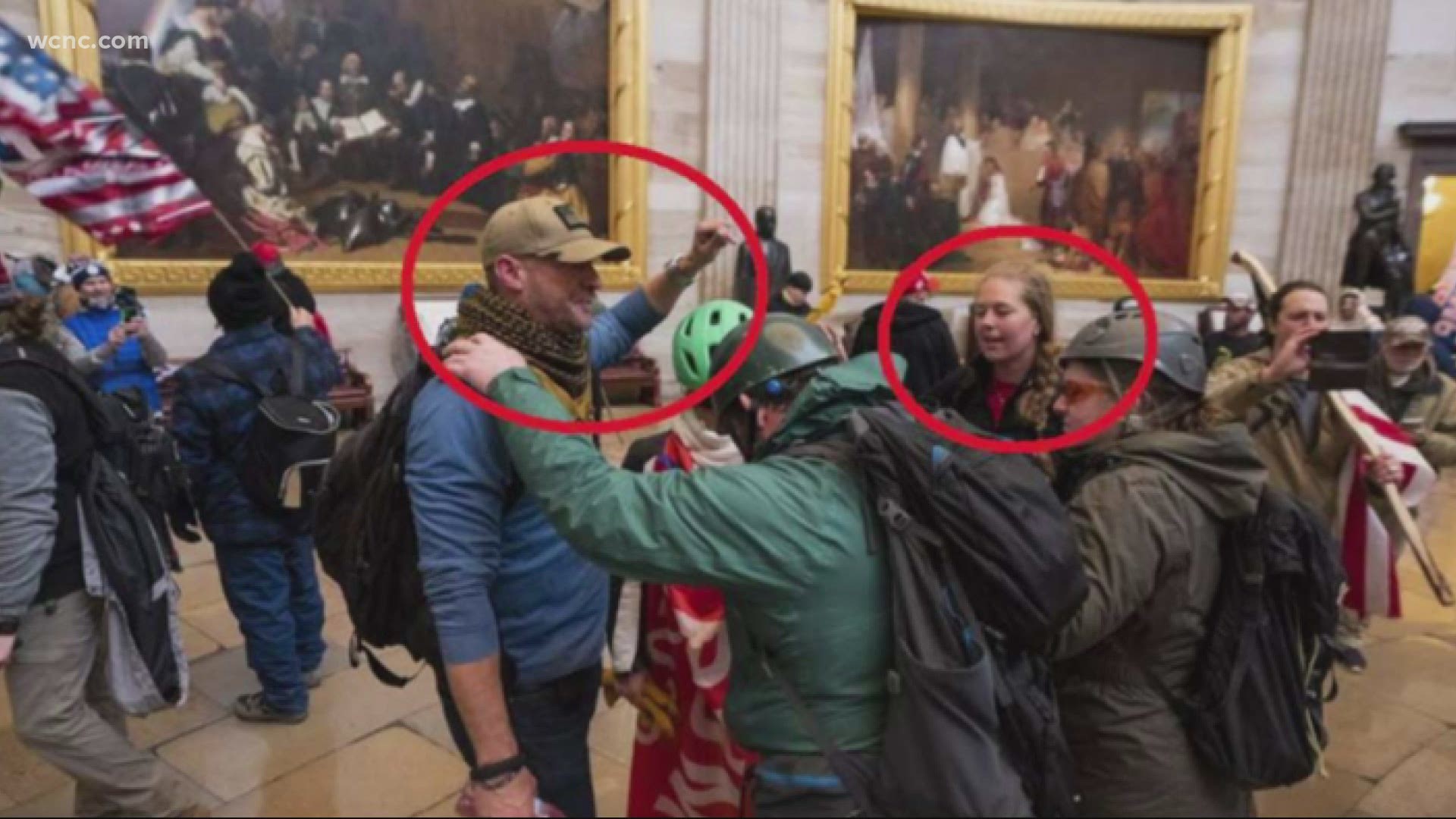 CHARLOTTE, N.C. — A Charlotte man, Bradley Bennett, turned himself in on April 12 after being identified as a participant in the Jan. 6 U.S. Capitol Riot. Friday, a court ruled for pretrial detention.

Now, Bennett and his counsel are urging the judge to reverse the decision, allowing him to remain out of custody prior to trial.

Bennett was reported by four tipsters based largely on social media posts made before and during the riot, according to a March 19 statement filed by the Department of Justice.

Bennett faces a number of charges: Obstruction of an Official Proceeding; Entering and Remaining in a Restricted Building or Grounds; Disorderly and Disruptive Conduct in a Restricted Building or Grounds; Entering and Remaining in the Gallery of Congress; Disorderly Conduct in a Capitol Building; Parading, Demonstrating, or Picketing in a Capitol Building.

Further details on when his next trial will be are not yet known.