Homicides are down 18% but sexual assaults saw a 17% increase from this time last year, Charlotte-Mecklenburg police data showed. 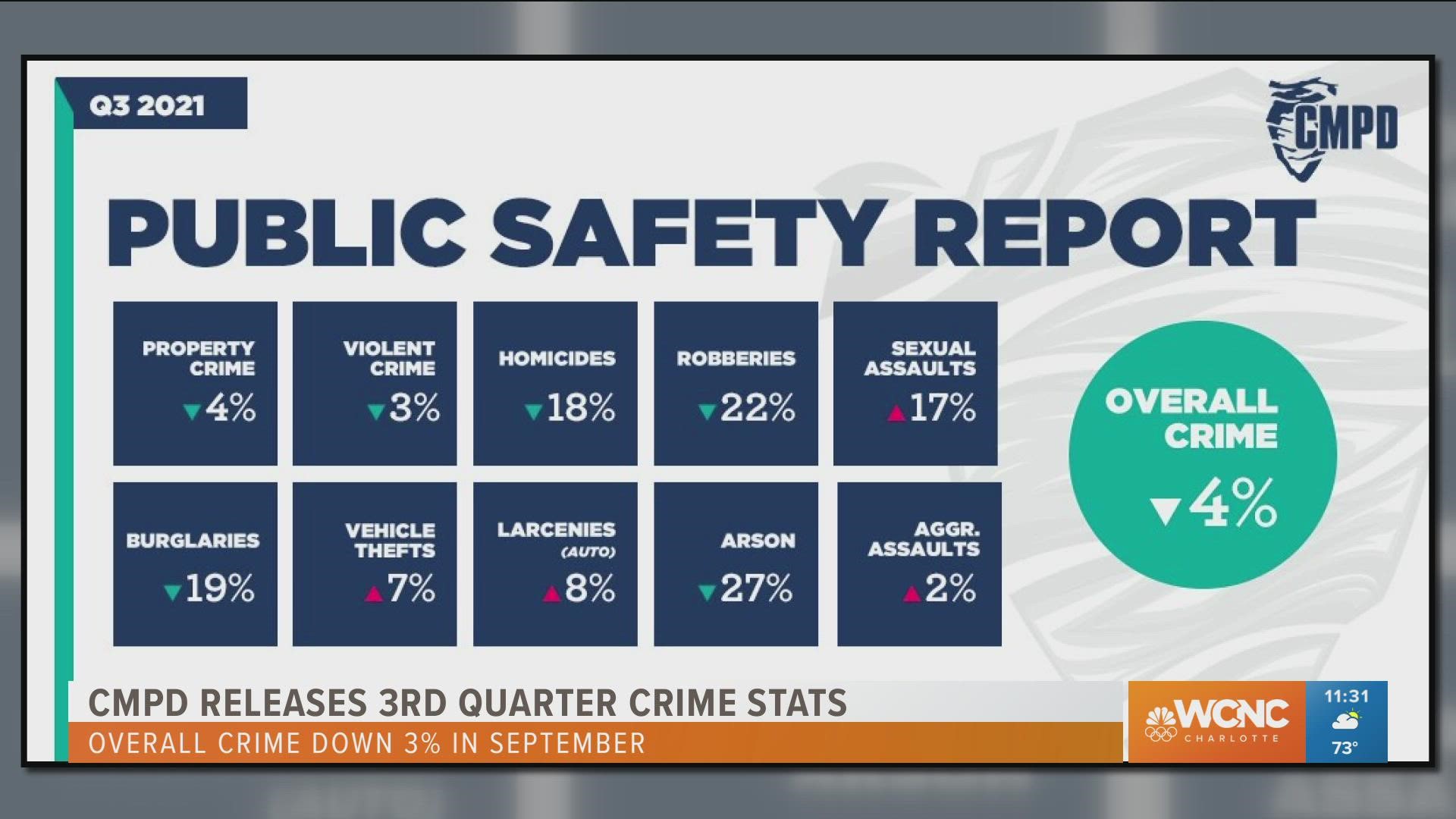 CHARLOTTE, N.C. — Sexual assaults have increased in Charlotte but overall crime is down 4% compared to 2020, according to data released by the Charlotte-Mecklenburg Police Department Wednesday.

The department released its third-quarter crime stats. Overall crime dropped 4% in September compared to the rest of the year, while homicides are down 18%. Sexual assaults (17%), vehicle thefts (7%) and aggravated assaults (2%) are all up.

Chief Johnny Jennings said his department has put a big emphasis on getting guns off the streets with its Crime Gun Suppression Team. So far, CMPD has seized more than 2,200 guns as evidence, a 35% increase this year.

Jennings said 700 guns have been stolen from cars this year alone. He urged gun owners to never leave guns in their cars or to at least get locks for them.