Her family says they will rely on their faith for strength to help get them through this time, adding they will make sure to take care of Kendal Crank's two children. 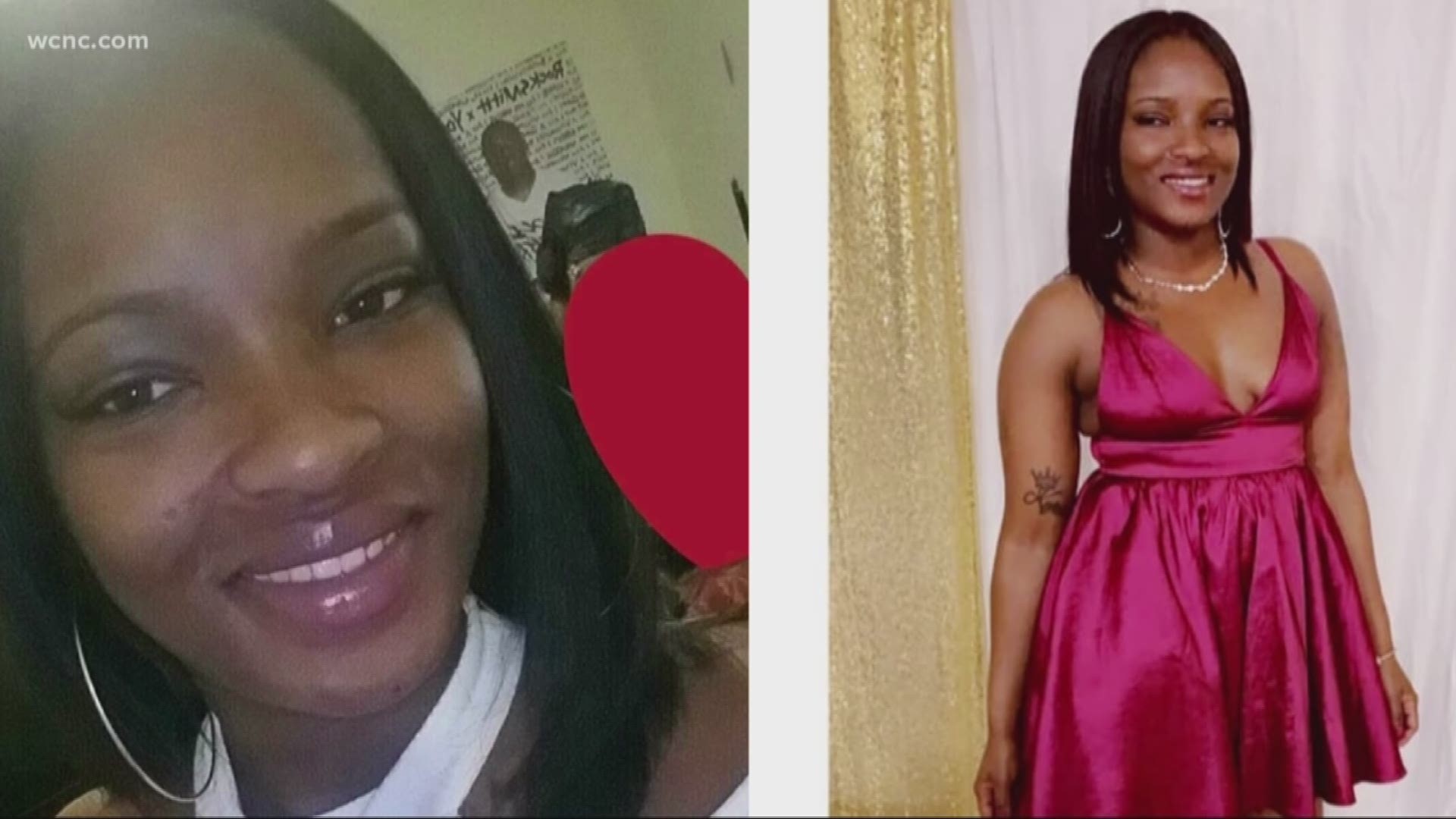 CHARLOTTE, N.C. — Panic and chaos are visible in the moments leading up to a shoot-out, caught on video. In the video, given to NBC Charlotte by a nearby business owner, you can see people ducking behind cars and trying to get out of the way of the bullets.

You also see two of the three men fire their guns.

CMPD said 27-year-old Kendal Crank was driving on East 28th Street near North Tryon Street around 5 p.m. when she was hit by a stray bullet. Officers do not believe Crank was the target of the shooter.

Her red car crashed after she was shot. CMPD Maj. Mike Campana said Medic and Charlotte Fire both responded but they were unable to save her life. She was pronounced dead at the scene.

WARNING: This surveillance video contains graphic content that some may find disturbing.

"As a family, we embrace people," Crank's mother said about the outpouring of love from the community. "That's what she did."

The community is grieving along with Crank's family.

"She was a working mother, and she was going to school to be a nurse," Crank's mom said.

Friday, CMPD said that three people have been charged with murder in connection to the shooting: 22-year-old Tychicus Dobie, 24-year-old Marquis Smith and 17-year-old Adonis Smith. They're being held without bond.

RELATED: 'It was a very tragic day' | Three men charged with murder in deadly shooting of young Charlotte mom

The family says they will rely on their faith for strength to help get them through this time. They said they will make sure to take care of Crank's two children.

"I know that my daughter's in a better place," her mother said. 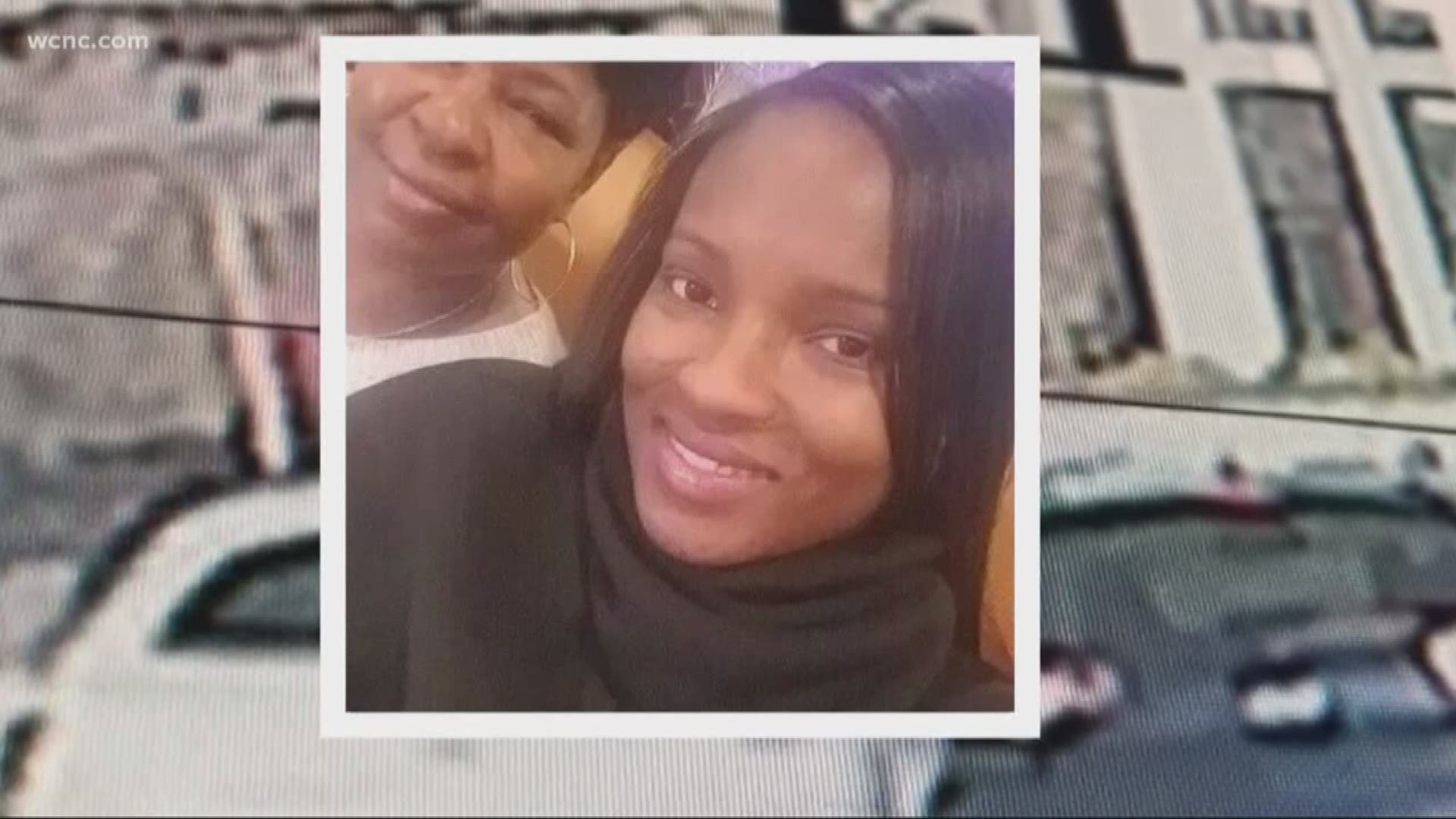 On Thursday, the Mecklenburg County District Attorney's Office issued a statement on the case:

Mecklenburg County District Attorney Spencer B. Merriweather III has requested that the North Carolina Department of Justice, under the leadership of Attorney General Josh Stein, prosecute the charges against Tychicus Dobie, Adonis Smith and Marquis Smith for the March 28 murder of Kendal Crank. During the incident, a projectile struck a vehicle driven by a Mecklenburg County Assistant District Attorney who was passing by the scene. As a result, this prosecutor is both a witness and victim in the case and could be called to testify at a potential trial in this matter. The Assistant District Attorney was not injured.

“For Ms. Crank’s family, the defendants and the entire community, it is essential that all have trust that the case is objectively and fairly prosecuted by the State. DA Merriweather and his prosecutors believe transferring this case to the N.C. Department of Justice is necessary to preserve impartiality and to ensure confidence in the judicial process.

The N.C. Department of Justice will now make all case-related decisions, and any further questions about the prosecution of this case should be directed to the Attorney General’s Office.