CMPD was chasing two suspects wanted for a string of crimes, including armed robbery, and possession of both a stolen car and gun. 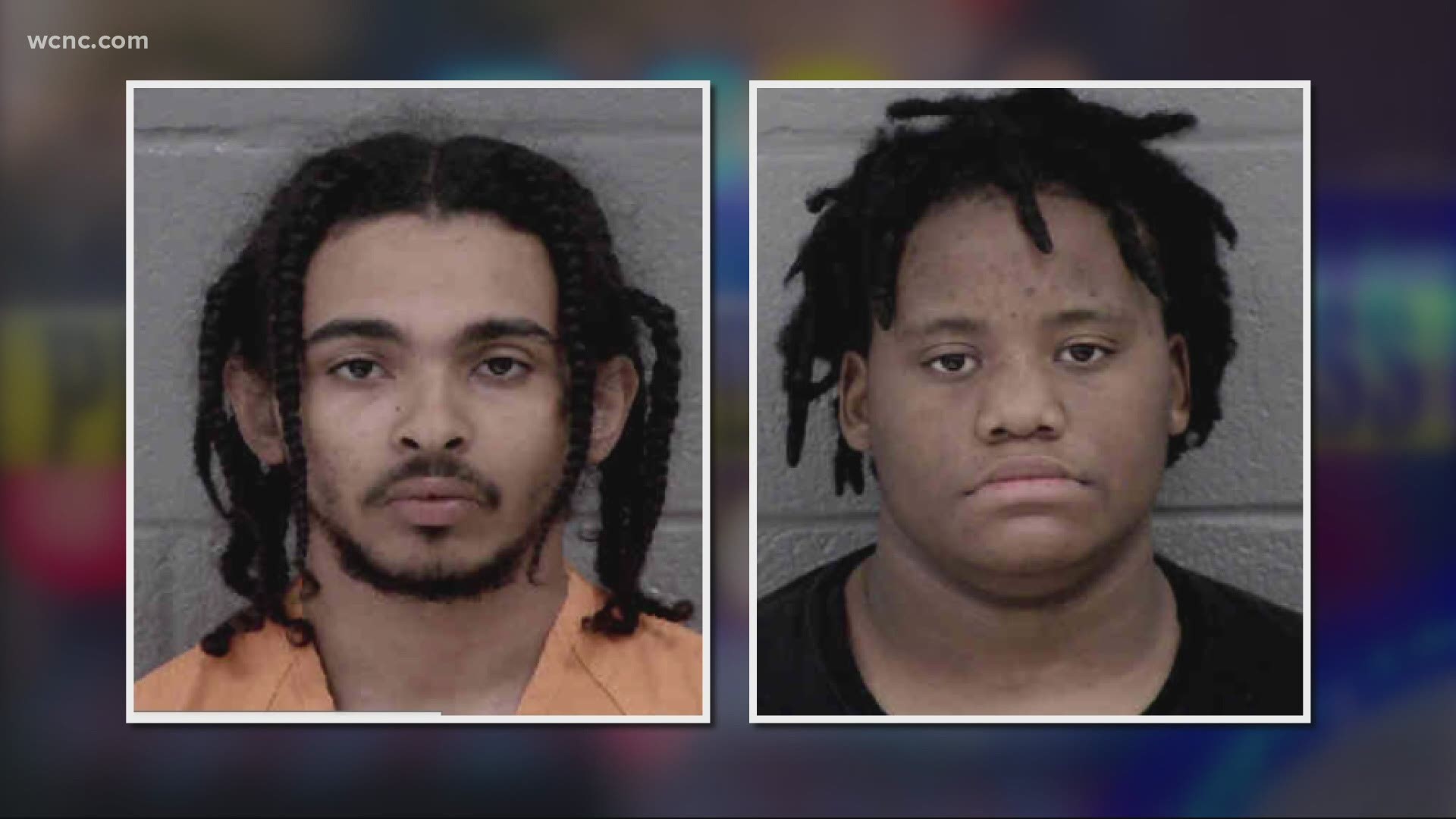 CHARLOTTE, N.C. — The Charlotte Mecklenburg Police Department have arrested two people for a series of crimes that ended with a chase Sunday night, CMPD announced Monday.

It was during that chase one of the suspects fired a single shot at an officer, police said. The incident happened in a month where four Charlotte area police officers have been shot. Two of those officers died of their injuries in those previous incidents.

Around 9 p.m. Saturday, Jason Latta and Mykaylah Pratt were spotted inside a vehicle near 700 Seigle Ave, according to police. When the vehicle's owner contracted the pair, the unidentified owner was robbed at gunpoint.

Police were able to locate Latta and Pratt after the pair used the victim's stolen credit card later that night, CMPD explained. The two fled from officers in a car, which was also later determined to be stolen.

The vehicle crashed near Interstate 85 and Graham Street, where Latta and Pratt then ran from officers, according to police. During this foot chase, Latta is accused of firing at a police officer using a stolen weapon.

Officers detained and arrested the two.

Pratt was charged with Armed Robbery and Breaking and Entering of a Vehicle.

The investigation into this case is active and ongoing. Anyone with information is reminded they can leave it anonymously with Crime Stoppers at 704-334-1600 or http://charlottecrimestoppers.com/.

THREAD: Officers with the @CMPD have charged Jason Latta, DOB 11/24/2000, and Mykaylah Pratt, DOB 02/08/2002 for their involvement in an armed robbery and shooting at a law enforcement officer. #clt #cltnews #CharlotteNC #CMPD pic.twitter.com/U0VfUHg5Ag

On Dec. 11, Mount Holly Police Officer Tyler Herndon was shot and killed by a breaking-and-entering suspect.

On Dec. 19, Kings Mountain Corporal Frank Lee Whittington Jr. was shot while investigating a suspicious person call at a home. He has been released from the hospital.