Manhunt for suspect resumes after police chase ends in crash

Deputies said the driver of the vehicle refused to pull over for a traffic stop before a passenger fired multiple shots at police. 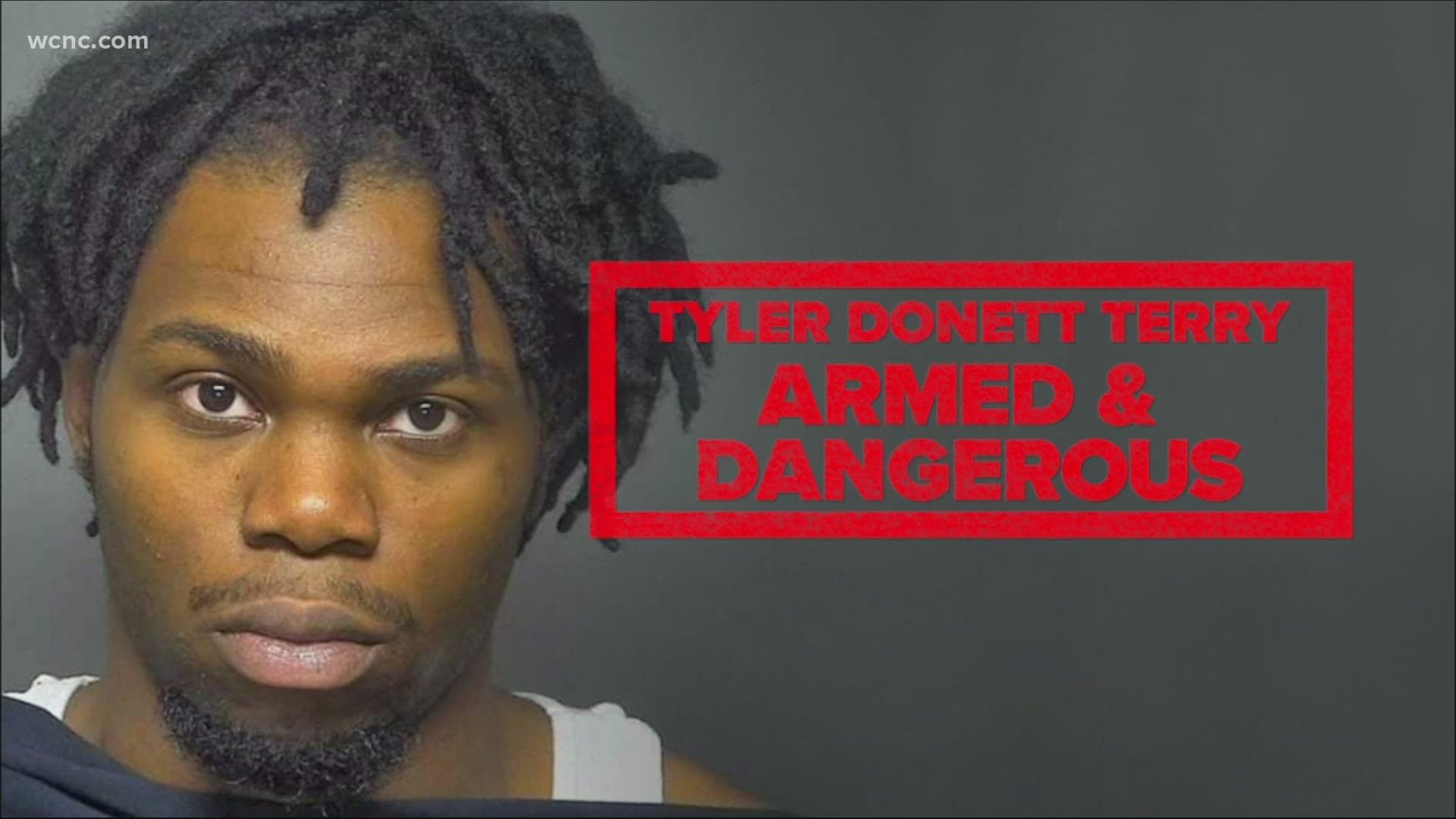 According to the Chester County Sheriff's Office, deputies attempted to initiate a traffic stop for a suspicious vehicle at the Bojangles at Highway 9 and Edgeland Road around 11 p.m. Monday. Deputies said the vehicle was being stopped for suspicious activity because it was at the restaurant well after it closed. The sheriff's office said the suspect vehicle refused to stop and multiple rounds were fired at deputies, striking at least two cars.

A recent sighting of the suspect was in the Britt Ln and Ligon Road area of Richburg.

All residents are to be cautious, lock your doors and call 911 if you see anything suspicious.

The driver then led deputies into York County before turning onto Highway 901 and re-entering Chester County. The 30-mile chase ended in a crash on Highway 9 near Lewisville High School.

The suspect is believed to have entered a wooded area and has not been found. Sheriff Max Dorsey said a woman was driving the suspect vehicle during the chase. The woman, identified as Adrienne Simpson, was arrested at the scene of the wreck. Simpson is charged with Failure to Stop for Blue Light.

The accused shooter, identified as 27-year-old Tyler Donett Terry, ran from the scene into a wooded area and has not been found. Investigators believe Terry is still in the woods somewhere near the crash site. Police said Terry fired multiple shots from the passenger side of the suspect vehicle during the chase. Investigators have obtained two warrants for Terry's arrest for attempted murder.

"He is to be considered armed and dangerous," said Dorsey. "He fired shots, multiple shots at my deputies."

As of 4:45 p.m. Tuesday, a roughly five-mile stretch of Highway 9 is currently closed between Lewisville High School and Fishing Creek while police search for the suspect.

Sheriff says a woman was driving as Tyler say passenger side of the car and fired shots at deputies. Deputies tried to pull over the car for “suspicious” activity as the car was parked in the Bojangles parking lot around 11, after restaurant was closed. @wcnc https://t.co/ep2zS67ykn

According to SLED, one deputy received minor injuries during the incident.

"That's by the grace of God," said Dorsey. "That shot was one of the first shots fired at the deputy, but they continued. That deputy continued in that chase and so did that entire shift."

The Lewisville schools will operate on a "lockout" status Wednesday, meaning students and staff will remain inside for the entirety of the school day.

Residents in the area have been asked to lock their doors and call 911 if they see any suspicious activity. 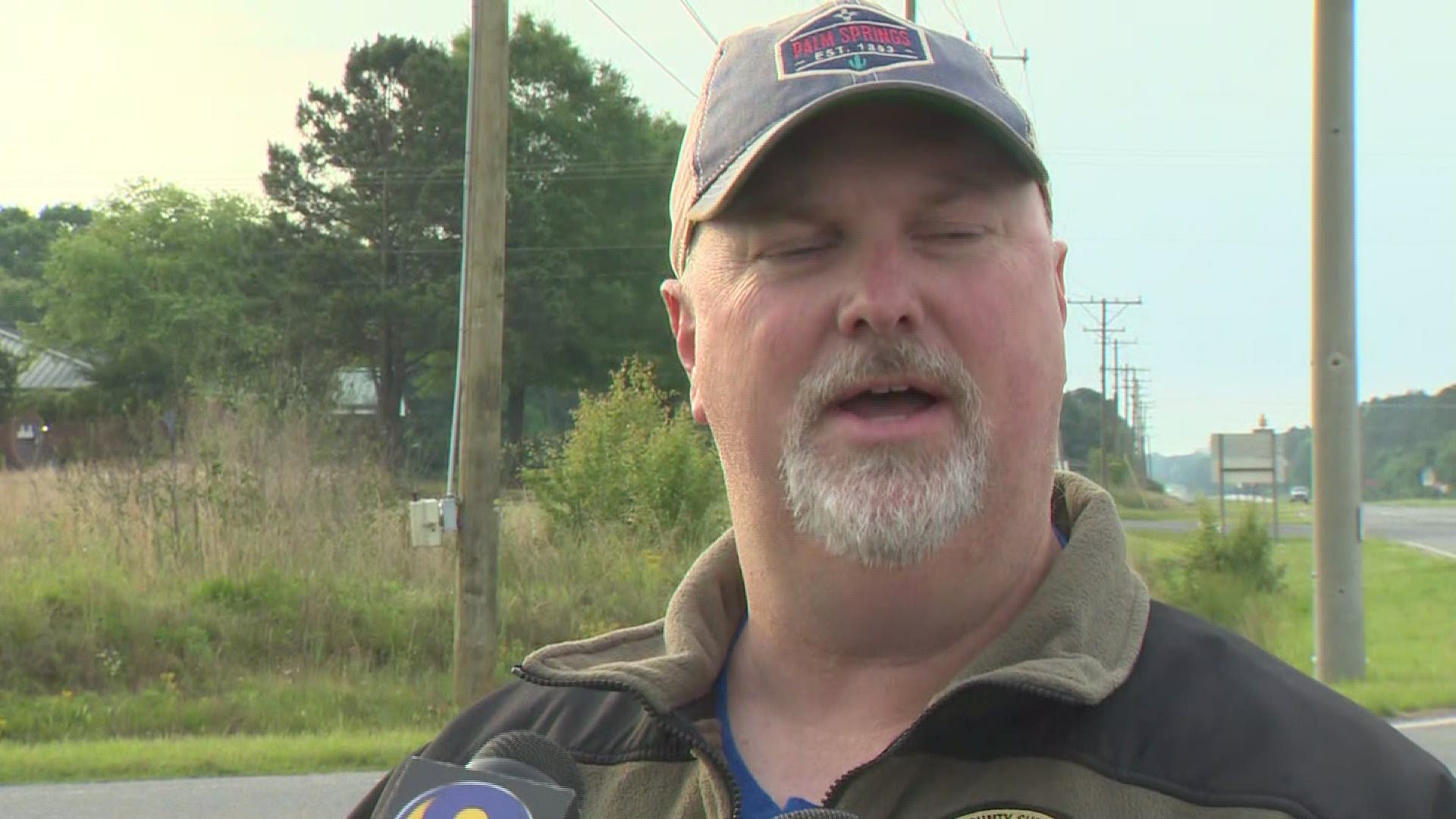 Deputies from Lancaster and York counties were called in to help with the search. South Carolina Highway Patrol and SLED officers are also on the scene. The search resumed Wednesday, and Highway 9 was open with limitations. Drivers are told to drive slowly through the area so as to not endanger law enforcement.

The Sheriff’s Office continues operations in Fishing Creek and Hwy 9 area. We are maintaining a tight perimeter in our search for Tyler Terry.

Hwy 9 is now open with limitations. People traveling through that area need to travel slowly as to not endanger law enforcement.

RELATED: Charlotte leaders vote to allow duplexes, triplexes to be built in 'all place types' as part of Future 2040 Comprehensive Plan