In a span of three days, four people were killed as a result of shootings in Charlotte. Of the four victims, two were teenagers. 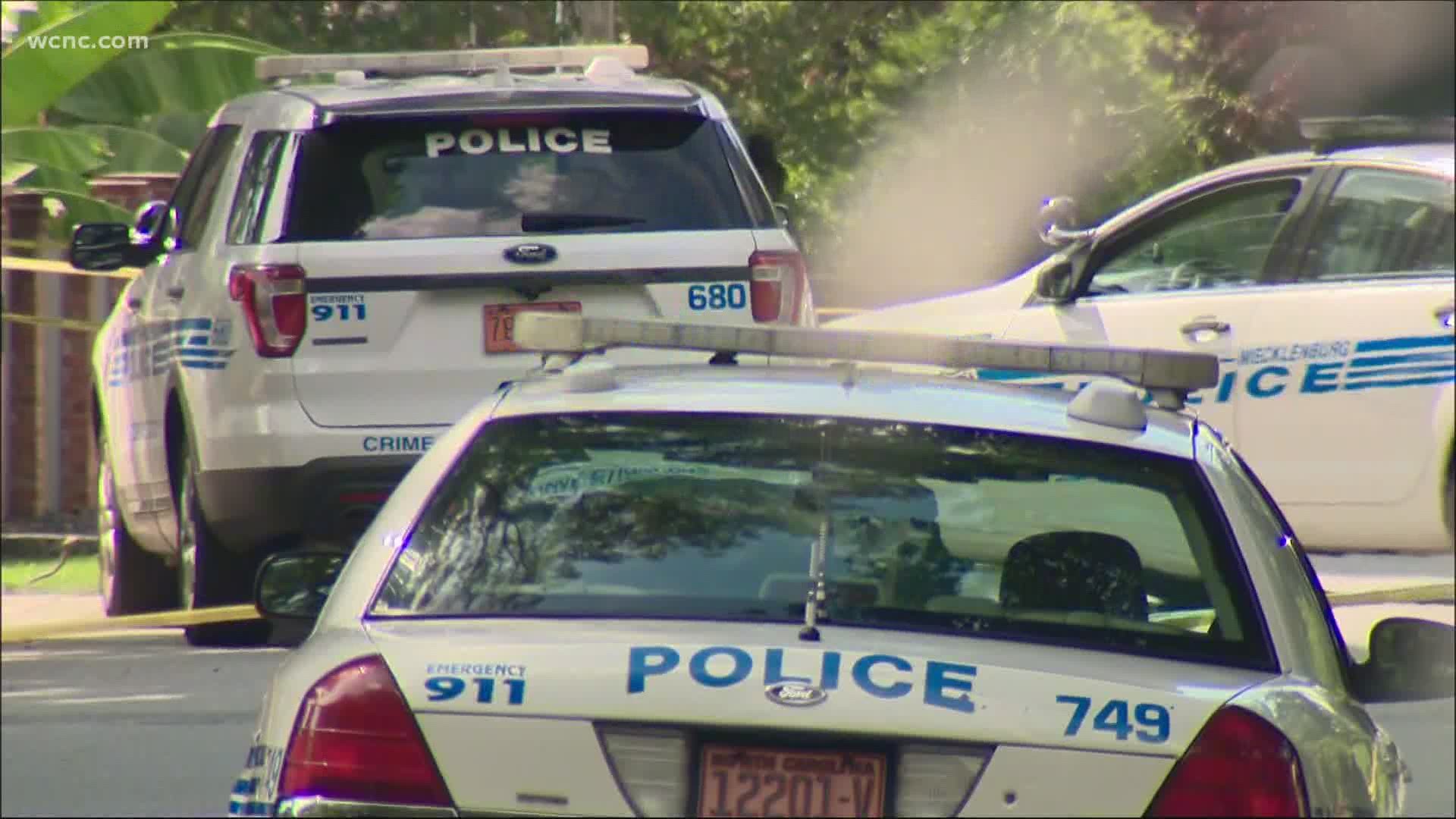 CHARLOTTE, N.C. — Four people, two of them teenagers, have died in the last three days due to deadly shootings in Charlotte. It brings Charlotte to 59 homicides for the year, compared to 56 this time last year.

Earlier Monday, the Charlotte-Mecklenburg Police Department identified 17-year-old Corey McKinney Jr. as the victim in a homicide Sunday that took place down the street from the Sugar Creek Community Park.

Monday morning, 16-year-old Vontairius Doster was shot and killed on Griffith Street. One mother in the neighborhood told WCNC Charlotte her son was friends with Doster. She said she heard the gunshots around 2 a.m.

Sheree Russell said gunshots aren't anything new in her neighborhood. Last year, gunshots led to a bullet hole through her wall.

"It’s really ridiculous that we have to live in fear every day," she said.

Russell said Doster, the 16-year-old boy killed in south Charlotte Monday morning, was a good friend of her son and was at their house frequently.

It marked the 59th homicide of the year in Charlotte, compared to 56 at the same time last year. Of the homicides this year, CMPD said nine victims have been under the age of 18.

As of Monday afternoon, CMPD said no arrests have been made in any of the four homicides that occurred since Saturday. CMPD said they are making progress on the cases, though.

Police said in each homicide that has happened since Saturday, it appeared the victims had some prior relationship with the suspects.

.⁦@CMPD⁩ Chief Jennings addressing weekend homicides. 4 people were killed since Saturday night, including 2 teenagers. Chief says the department’s clearance rate is 64% but he says the senseless violence is not acceptable. ⁦@wcnc⁩ pic.twitter.com/opbRdG3IIx

One issue investigators raised in a Monday press conference is they have not had any witnesses come forward to offer information. Police said they are working to make arrests in the cases, and have identified some suspects, but rely on the community for help as well.

CMPD's new police chief, Johnny Jennings, said addressing violent crime is a top priority for him — he believes it's important the community helps step up to bring down violent crime in Charlotte.

"Over 28 years being here, I've seen too many of these weekends where the violence is almost unbearable," Chief Jennings said.

Chief Jennings said each victim has people who care about them and are hurting as a result of the violence. Each victim, Chief Jennings stressed, is more than a statistic.

"We stand up as a city and say no more, no more of this,"  CMPD Chief Johnny Jennings said. "One life lost is one life too many."

Survey: 42% of teachers in South Carolina at heightened risk if they return to classrooms

China bans US lawmakers Marco Rubio, Ted Cruz and others over criticism

Army veteran dies from coronavirus at 37; friends hope his death will serve as cautionary tale