NBC Charlotte is asking CMPD what programs they’re using to help prevent homicides, as the Queen City hits 85 homicides for the year. 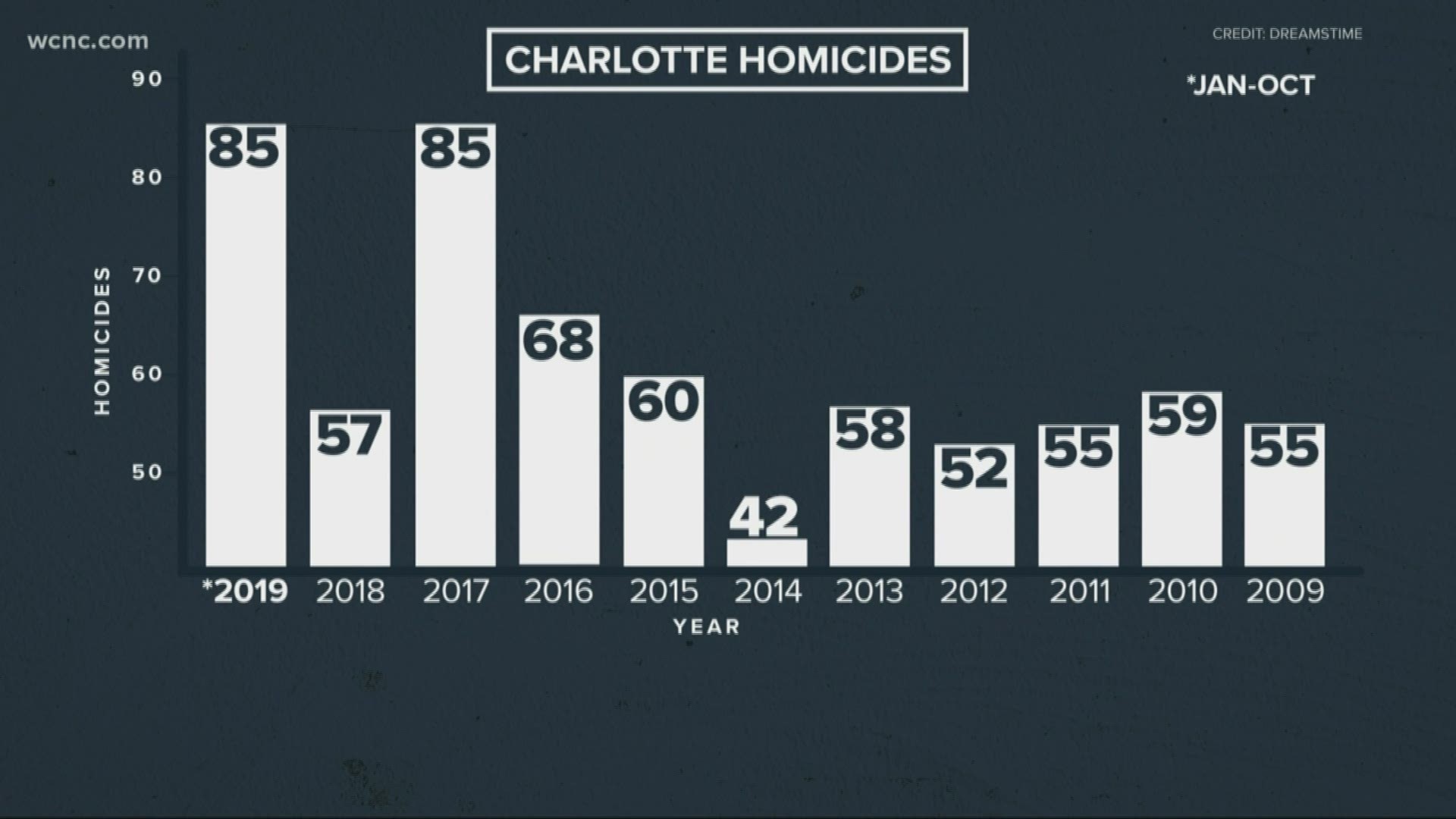 CHARLOTTE, N.C. — It was a violent weekend across Charlotte.

Since Friday, there have been six shootings. Two of them turned deadly.

The homicide rate in the Queen City has now climbed to 85, which is a 50% increase since the end of June. It’s shaping up to be one of the deadliest years in a decade. Homicides in Charlotte have already surpassed that of last year.

During the weekend violence, 16-year-old Davolos was shot and killed, after leaving a party on Linda Vista Lane early Sunday morning. Police say when officers arrived, he was laying in the street near his car, which was also hit by gunfire.

Just a few hours earlier, Deontray Love was shot and killed on Idlewild Road a day before his 20th birthday. Police say the shooting happened after a fight broke out involving several people. Damion Baxter was charged with murder in the case.

In August, CMPD launched a violent crimes task force. Within its first two weeks, they made nine arrests and seized seven guns, including four guns that were stolen. Captain Dance says investigative teams are proactively sharing information about dangerous suspects with patrol units.

“Each situation in which our work, our arrests [have] prevented a homicide, those are very difficult to count,” Captain Dance said.

Captain Dance also says the rate for solving murders at CMPD is expected to be above 80% after the investigations are completed.

“When you look at the clearance rate, it's well above the national average,” Captain Dance said.

However, at this point, no one has been arrested for shooting and killing Davolos over the weekend.

CMPD says they will have more data and statistics about their program to crack down on violent crimes during a news conference on Wednesday.