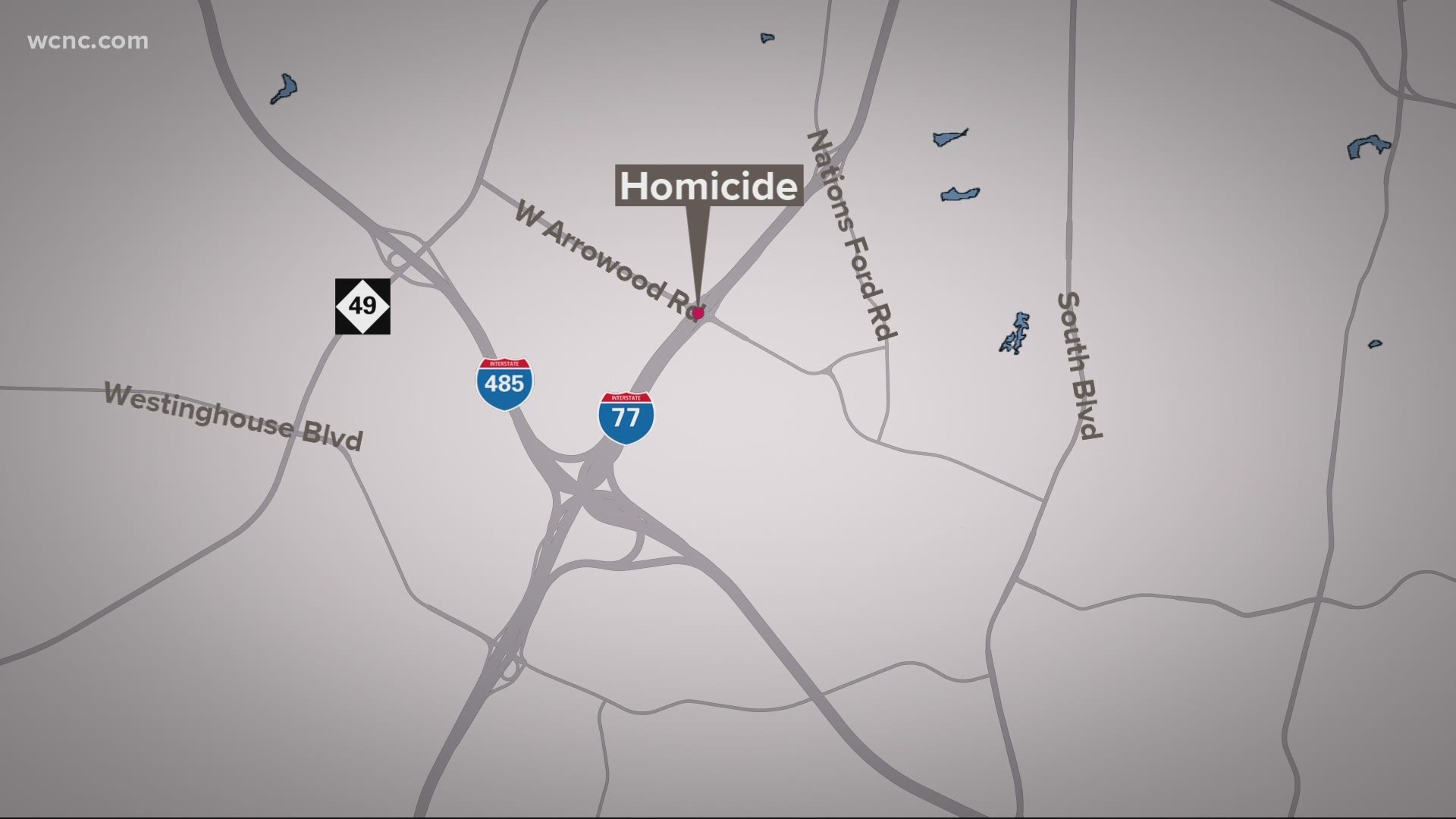 CHARLOTTE, N.C. — A man killed in a crash in southwest Charlotte Thursday night was shot multiple times before the wreck, Charlotte-Mecklenburg Police said.

According to CMPD, officers were called to a crash on West Arrowood Road near I-77 just after 10 p.m. When officers got to the scene, they found a Mercedes sedan that crashed off the side of the road. Officers said the vehicle was shot multiple times.

The driver, identified as 25-year-old Kharee Chauncy Cartwright, was rushed to a hospital where he was pronounced dead.

A section of West Arrowood Road at I-77 was closed through Friday morning while crews worked to replace a pole that was knocked down in the crash.

No arrests have been made at this time and investigators haven't released any suspect information. Any person with information about this incident is asked to call CMPD's Crime Stoppers at 704-334-1600.

Detectives are conducting a homicide investigation near the intersection of Arrowood Rd and I-77 Hwy where one person has been pronounced deceased. #clt #cltnews #CharlotteNC pic.twitter.com/ijvKKnZfsY