CMPD implementing all '8 Can't Wait' use of force policies

Wednesday, CMPD Chief Jennings said the department has now put all eight into policy, making Charlotte one of just 10 of the 100 largest U.S. cities to do so. 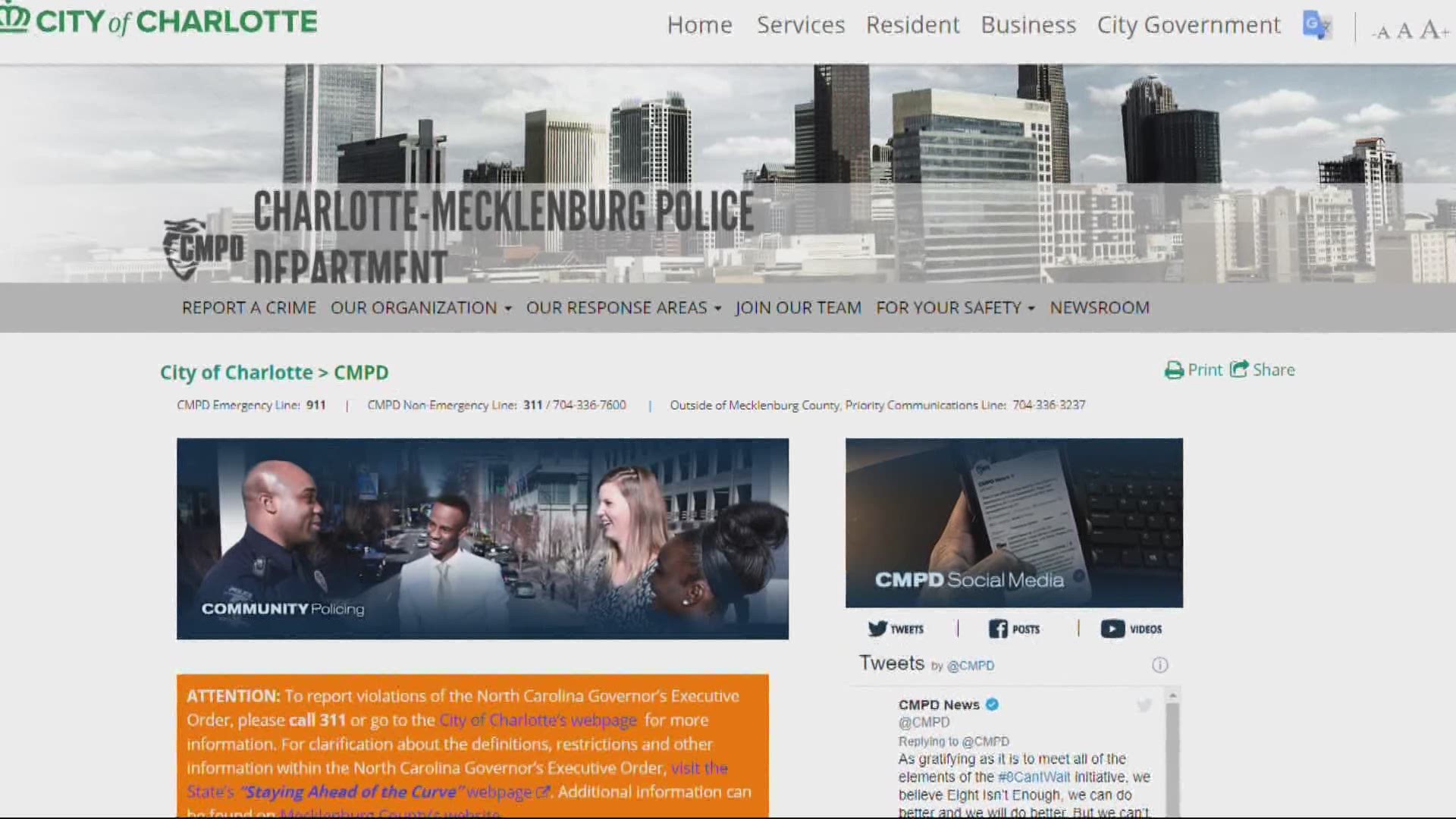 “I am proud to announce today that Campaign Zero has checked off on all 8 initiatives,” said CMPD Chief Johnny Jennings.

Those eight initiatives focus on use of force restrictions, all part of Campaign Zero’s ‘8 Can't Wait’ national campaign. The campaign claims when police departments implement all eight restrictions, such as banning chokeholds and prohibiting officers from shooting at moving cars, there is a 72% reduction in police-involved killings.

“The community’s voice is something that we are certainly taking into account when we look at our policies and standard operating procedures,” he said. “We’re a progressive agency, we’re always going to be a learning agency and always look to improve and this is a firm example of that."

Back in June, CMPD implemented only three out of the eight restrictions. Wednesday, Chief Jennings said the department has now put all eight into policy, making Charlotte one of just 10 of the 100 largest U.S. cities to do so.

Chief Jennings said a couple of the policies -- including the one banning police from shooting at moving vehicles -- took a collaborative effort.

Chief Jennings says he wasn’t willing to settle for policies that wouldn’t protect the community or his officers.

“That was very important to us, we would never want to jeopardize the safety of our community just to meet that goal,” he said.

But Chief Jennings said he’s not done. He said he’s also looking for public input through an online survey titled, “8 Isn't Enough.” He said so far, the police department has received roughly 5,000 responses.

As gratifying as it is to meet all of the elements of the #8CantWait initiative, we believe Eight Isn’t Enough, we can do better and we will do better. But we can’t do it alone- #surveybelow https://t.co/kl26zDjiya

CMPD is also launching a new gun safety initiative, with plans to give out 800 gun locks for free after several children were shot this year after getting their hands on unsecured weapons, including 5-year-old Amani Barringer, who was killed by a 14-year-old family member in what is believed to be an accident.

The chief says these are all steps forward, as the police department looks to get more in stride with the community.