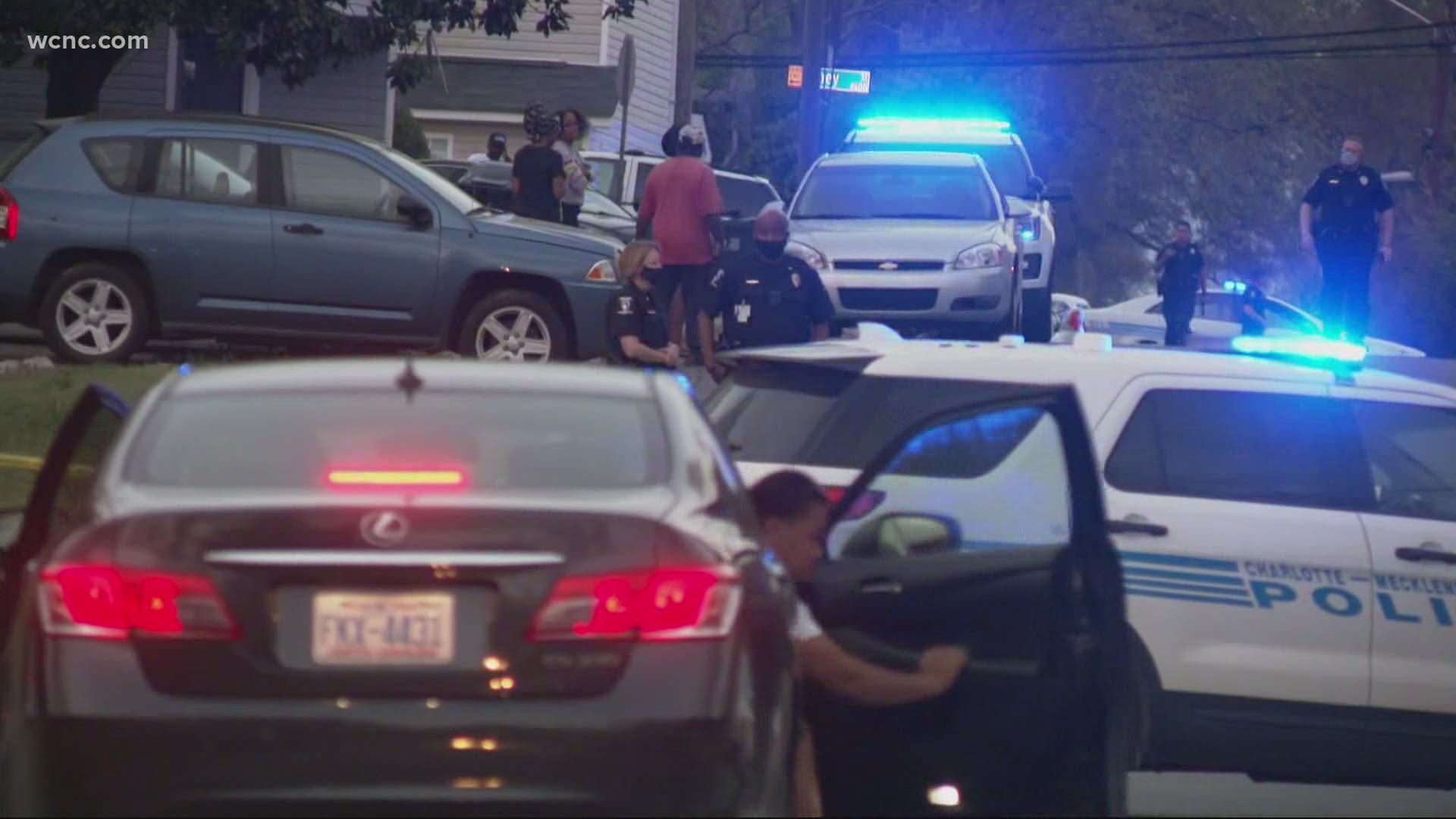 CHARLOTTE, N.C. — A 7-year-old girl was seriously injured when she was caught in the crossfire of a shootout at an apartment complex in northwest Charlotte Tuesday evening, police said. The girl and two other young people shot Tuesday were all upgraded to stable condition in the hospital on Wednesday.

At a community meeting Wednesday, the Charlotte Mecklenburg Police Department announced three arrests had been made in connection with the shooting that injured the young girl on Marble Street around 7 p.m. Tuesday.

“The fact that children are getting struck by gunfire, I just don’t understand why we don’t get the public comment and outcry, it's unacceptable," CMPD Major Brian Foley said at the meeting.

The shooting was the second within hours.

Around 3:15 p.m. that afternoon, a shooting outside a Hope Mart on Hovis Road, which is located less than a mile from Marble Street, two teenagers were shot.

"They were targeted by an individual in an automobile," Foley said. “Those two individuals ran to a nearby house where they received medical attention."

Arrests have not yet been made in that shooting.

“We can tie them together by geography, and there's also evidence that links those two,” Foley said.

Foley was among the speakers at the public meeting Wednesday.

“Certainly is something that any parent dreads, to know your child is outdoors and the moment you hear gunfire you lookout and see your child and that individual is struck,” Foley said at the community meeting Wednesday.

“Certainly is something that any parent dreads, to know your child is outdoors and the moment you hear gunfire you lookout and see your child and that individual is struck,” Foley said.

In the immediate aftermath of the shooting Tuesday, Vanessa Keith, who hear the gunshots, told WCNC Charlotte, "My life was flashing before me.

Community members getting to speak now. One woman says she’s called cmpd/crime stoppers several times and nothing happens. Explains a time she saw someone who’d just exchanged money for a book bag who told her “go the h— around the block”, says they’ve taken over her neighborhood

"I cannot tell you how disappointing it is to me that we have to continue to do this kind of reporting to you on a consistent basis in our community," CMPD Major Brian Foley said during Wednesday's community meeting.

During the community meeting, Chief Jennings said they are going to make every effort to ensure community members don’t need to dodge bullets. He said he’s heard bullets are so prevalent people don’t even call anymore. The crowd agreed.

Jennings said their plan is not to harass the residents but to address the people who are committing the crimes that lead to violence. His officers need the community to work with them as witnesses to make arrests, he explained. They hope to continue to work to gain the community's trust.