The son of a Cabarrus County deputy died after being shot in the parking lot of Harris Teeter on November 26. 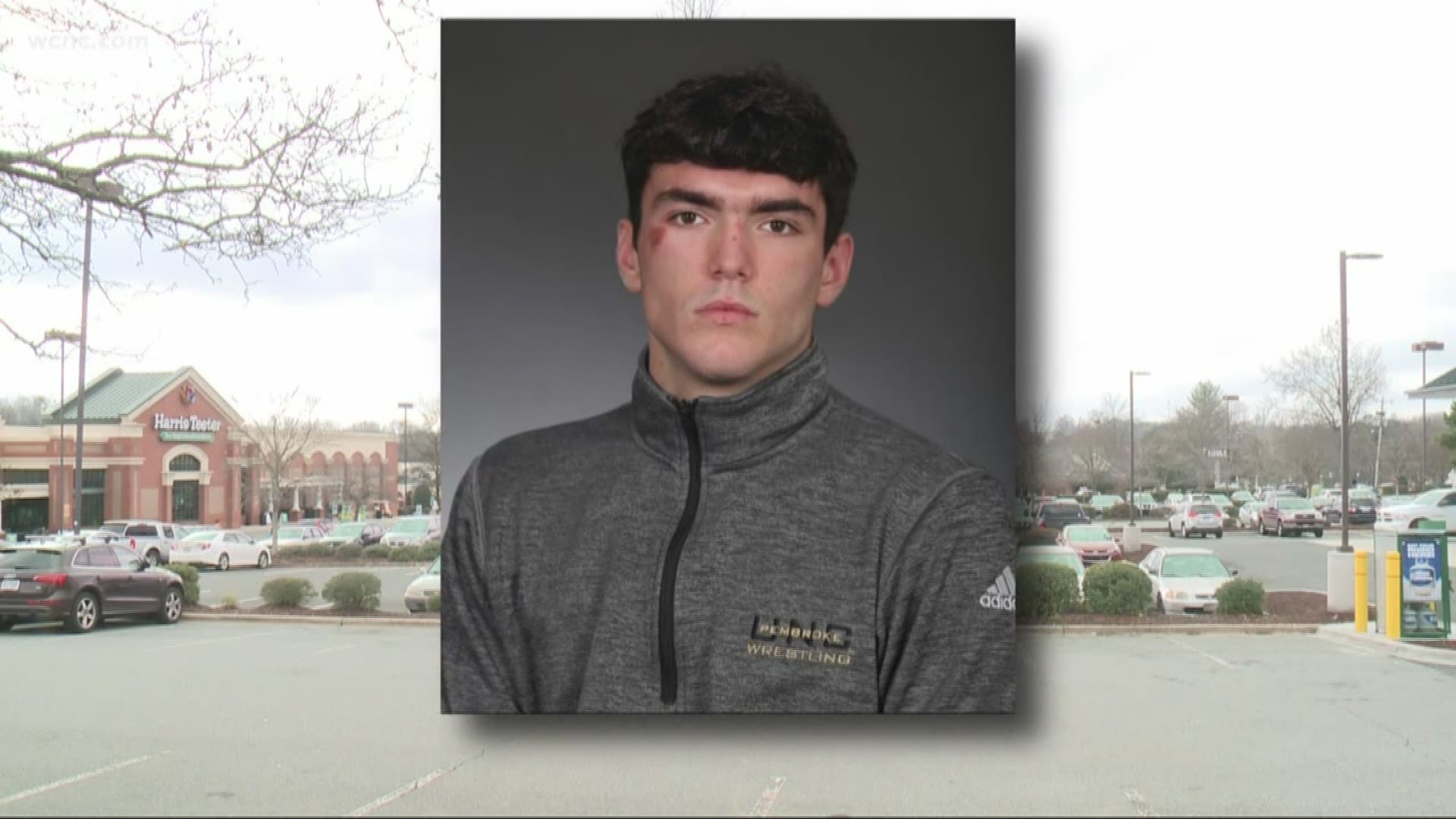 CHARLOTTE, N.C. — Detectives released surveillance video of a suspect vehicle as they continue their search for the killer of the son of a Cabarrus County deputy.

On November 26, Charlotte-Mecklenburg Police were called to the Harris Teeter on University City Boulevard near the campus of UNC-Charlotte for a reported shooting. Police said Nathaniel Lee Isenhour was found at Atrium Health-University after he'd been shot.

Isenhour was rushed to Atrium Health-Main where he later died of his injuries. The 19-year-old is the son of a sergeant in Cabarrus County and was a graduate of Mount Pleasant High School. His family pleaded for the killer to come forward.

"Not knowing is torture," said Sergeant Isenhour. "Be a man."

On Wednesday, CMPD released surveillance video footage that they believe captures a car driven by the suspect in the shooting. In the video, the vehicle is identified  as a sedan with damage to the right front fender and a rear tail light that's out. The vehicle is seen driving past the gas pumps at the store.

Anyone with information about the suspect vehicle or anything else about this shooting or any other crime is asked to call CMPD's Crime Stoppers at 704-334-1600.