Police said a man came up behind the victim, pulled her to the ground, and strangled her until she was unconscious on the Mallard Creek Greenway. 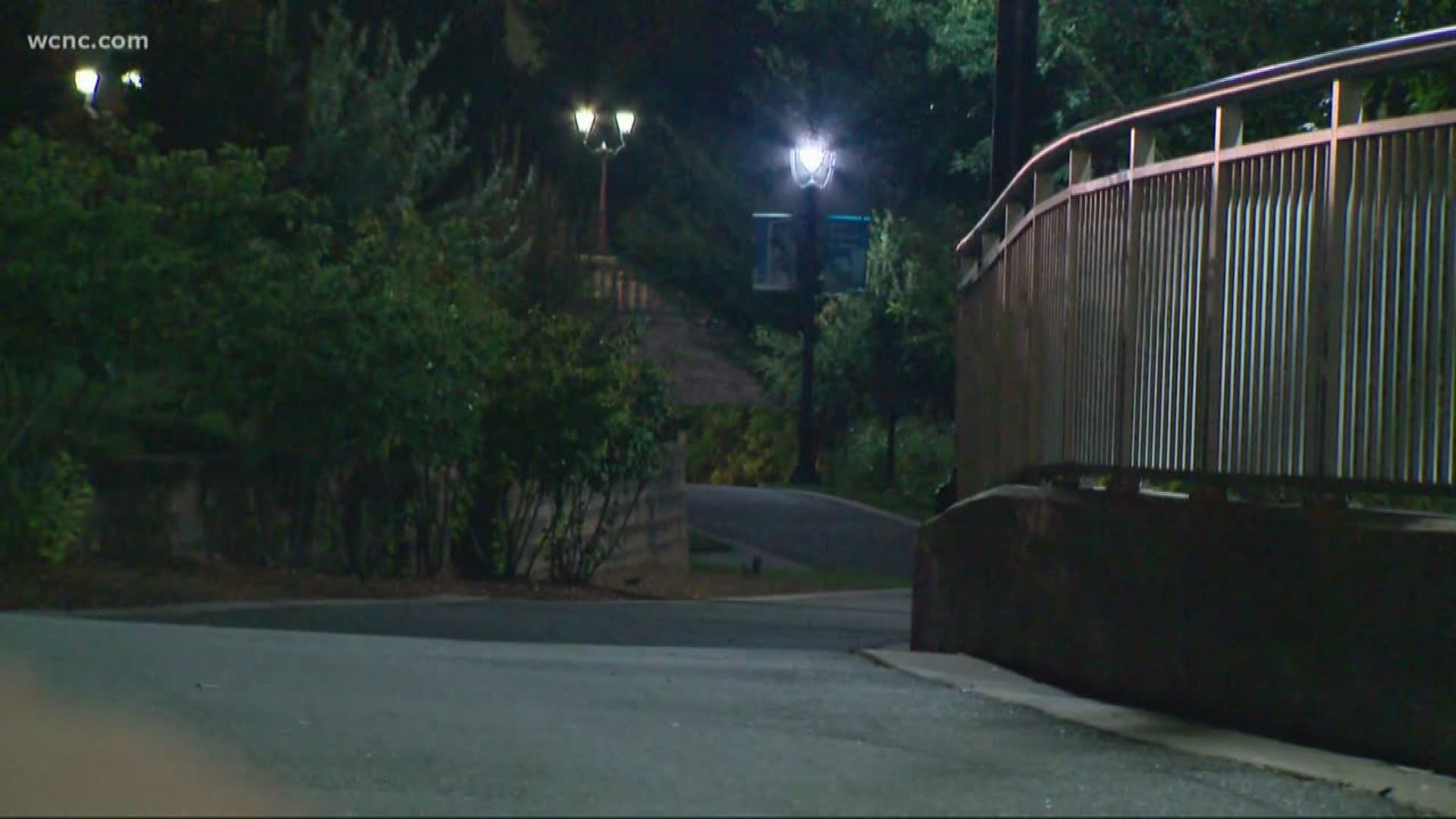 CHARLOTTE, N.C. — A woman was assaulted and robbed on a greenway in northeast Charlotte Sunday afternoon, according to Charlotte-Mecklenburg Police.

The incident took place around 2 p.m. at 201 East Mallard Creek Church Road on the Mallard Creek Greenway. The area is not far from the University of North Carolina at Charlotte.

Police said a man came up behind the woman, pulled her to the ground, and strangled her until she was unconscious. When she woke up, the victim said the suspect was on top of her. He then ran off with the woman's cell phone, CMPD said.

The suspect was described as a black man around 6-foot tall who weighed about 200 lbs. He was wearing a black-hooded sweatshirt and black pants, police said.

The charges were listed as assault-strangulation, felony larceny, robbery, and sex offense in first or second degree forcible.

"I see a lot of single women walking alone, and I’m also one of those, and it’s very scary to think about," said one woman who uses the greenway. "I don’t feel as safe as I should. I actually carry mace on me but it definitely needs to be patrolled much more frequent."

RELATED: 'You're going to be OK' | 911 call reveals new details about jogger attacked on greenway

A similar incident was reported in the 9400 block of David Taylor Drive on September 15. A woman was jogging on Mallard Creek Greenway when she was attacked from behind, police said. The victim was hit several times and struggled with the suspect until she pepper-sprayed him, and he ran away, according to police.

The suspect in that case was described as a Hispanic, bald man with a patch of hair under his lip. He was around 5-foot 7 inches tall and weighed about 180 lbs., police said. The suspect may have had a tribal-like tattoo on the right side of his neck and wore a square gold ring on his pinky, according to police.

RELATED: The Defenders: Which parks get the most police calls?

These are not the first crimes to be reported on Charlotte's greenways. NBC Charlotte's Defenders team found there were more than 800 calls for police at local parks just last year.

CMPD said they are responding to both incidents by increasing patrols. The department lifted overtime restrictions so that officers can volunteer to be part of dirt bike patrols.

CMPD urged community members to be vigilant and aware of their surroundings. They offered these tips for runners, joggers, and walkers.

Anyone with information about either of these cases should call 911 or Crime Stoppers at 704-334-1600. A cash reward is available for information that leads to an arrest.