Police said the suspect later died in a second confrontation with police - another shooting now under investigation by the GBI. 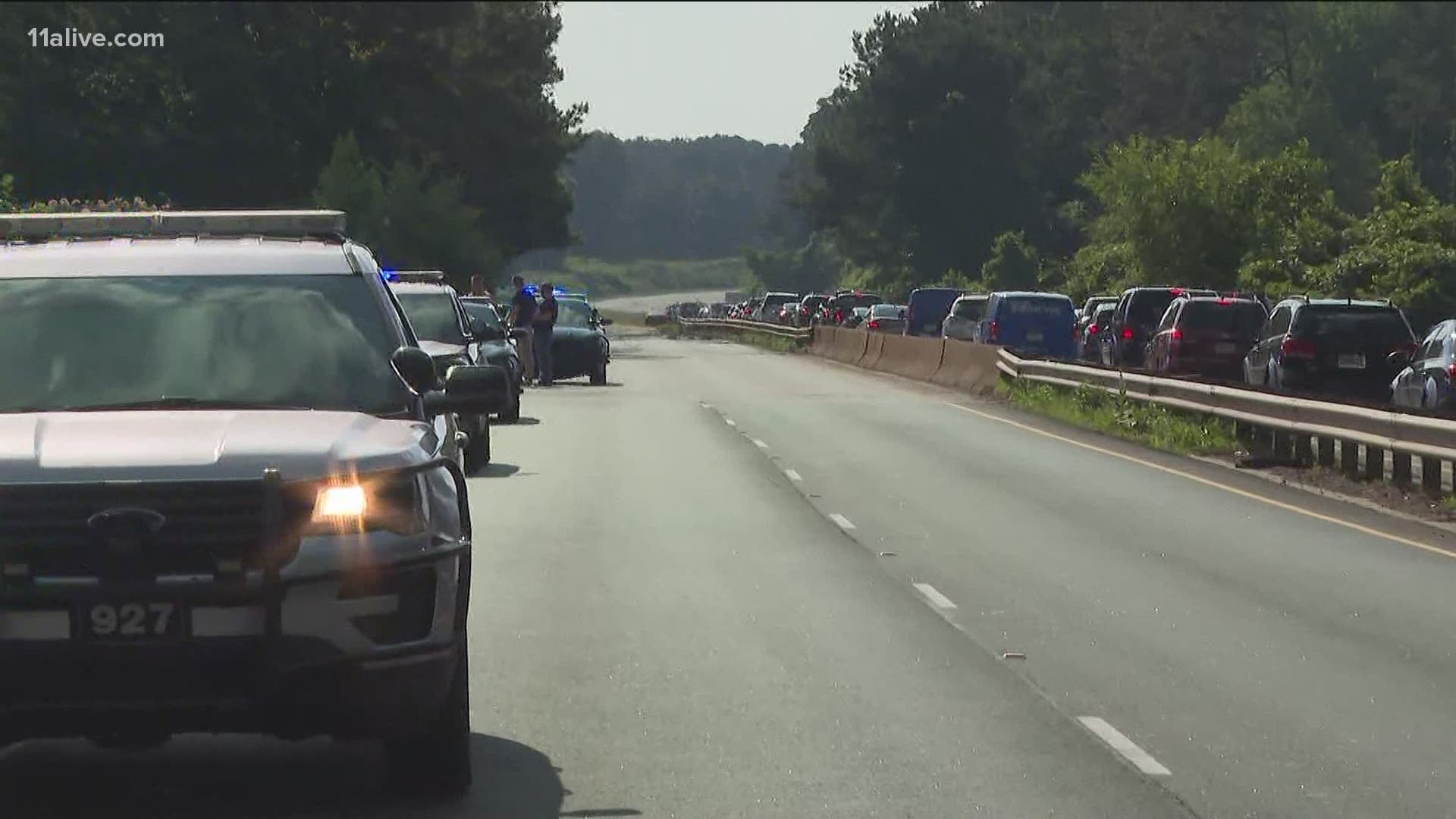 COBB COUNTY, Ga. — Cobb Police say an officer was injured after a shooting on Sunday afternoon - but added that something he was wearing likely saved his life.

Now, we're learning that the suspect in the shooting has been killed after a second confrontation with police.

At around 3:30 p.m., the first shooting happened on North Shores Road near Dallas-Acworth Highway. According to Sgt. Wayne Delk, the shooting happened after the officer responded to a domestic incident in the area.

"Because of the vest it was not a life-threatening injury, but it would have been a lot worse had he not been wearing a vest," Delk said.

Around 6:40 p.m., Cobb County SWAT located Ruiz and fired shots at the suspect. No officers were injured. Ruiz died at the scene and a gun was located next to him.

The Georgia Bureau of Investigation said when officers initially arrived at the location, a man later identified as Luis Rey Ruiz, 20, of Kennesaw, shot one of the officers. The officer returned fire and struck Ruiz and he ran from the scene.

A witness in the region reported seeing several Cobb, Kennesaw, and Acworth police vehicles moving through the area around the time the shooting occurred. The scene location provided by police appears to be located just to the southwest of Allatoona Lake.

The Cobb County Medical Examiner’s Office will perform an autopsy on Ruiz.

The GBI will conduct an independent investigation and once complete, will be turned over to the Cobb County District Attorney’s Office for review.