4 arrests made in robbery at Concord Mills

Security footage shows one suspect wearing a gray Gap hoodie, another wearing a black jacket, and the third suspect in a gray zip-up. 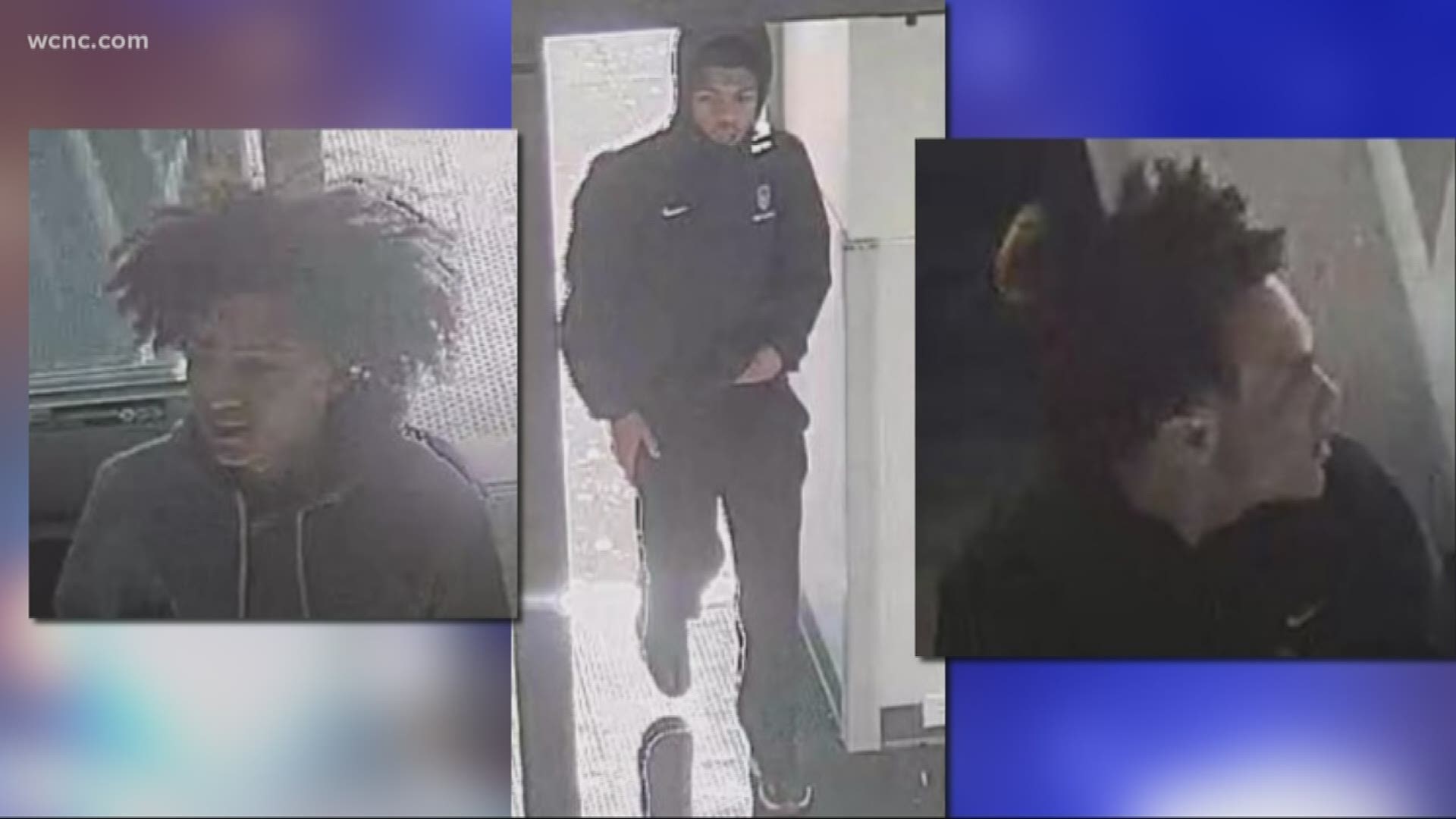 CONCORD, N.C. — Concord police have made an arrest in a robbery that took place outside the Concord Mills mall outside the Burlington Coat Factory on Sunday afternoon.

Police said  Chyna Cross, Myreon Bennett and Jared Whitehead have been charged with Robbery with a Dangerous Weapon. Cross was additionally charged with possession of a firearm by a felon. A 16-year-old juvenile has also been charged, police said.

The victims told police they were punched and threatened with a handgun before their money was stolen.

It's the latest in a string of violent crime around Concord Mills. Even during the day, Concord Mills has become a familiar spot for a police response.

It comes just weeks after 13-year-old Aveanna Propst was shot and killed outside of Dave & Buster's. Two teenagers were charged with murder.

Police say the shooting stemmed from a fight the teens were having inside of the mall. The incident left many in the community with safety concerns.

"I had several friends that their children were at the mall when this incident happened," one woman said. "I had friends that were affected by these incidents so I feel like it's time for a change in the area."

Anyone with information about the robbery is asked to call Concord Police.