Although skimmers were found at four stores, Lunds believes only 10 customers were impacted. 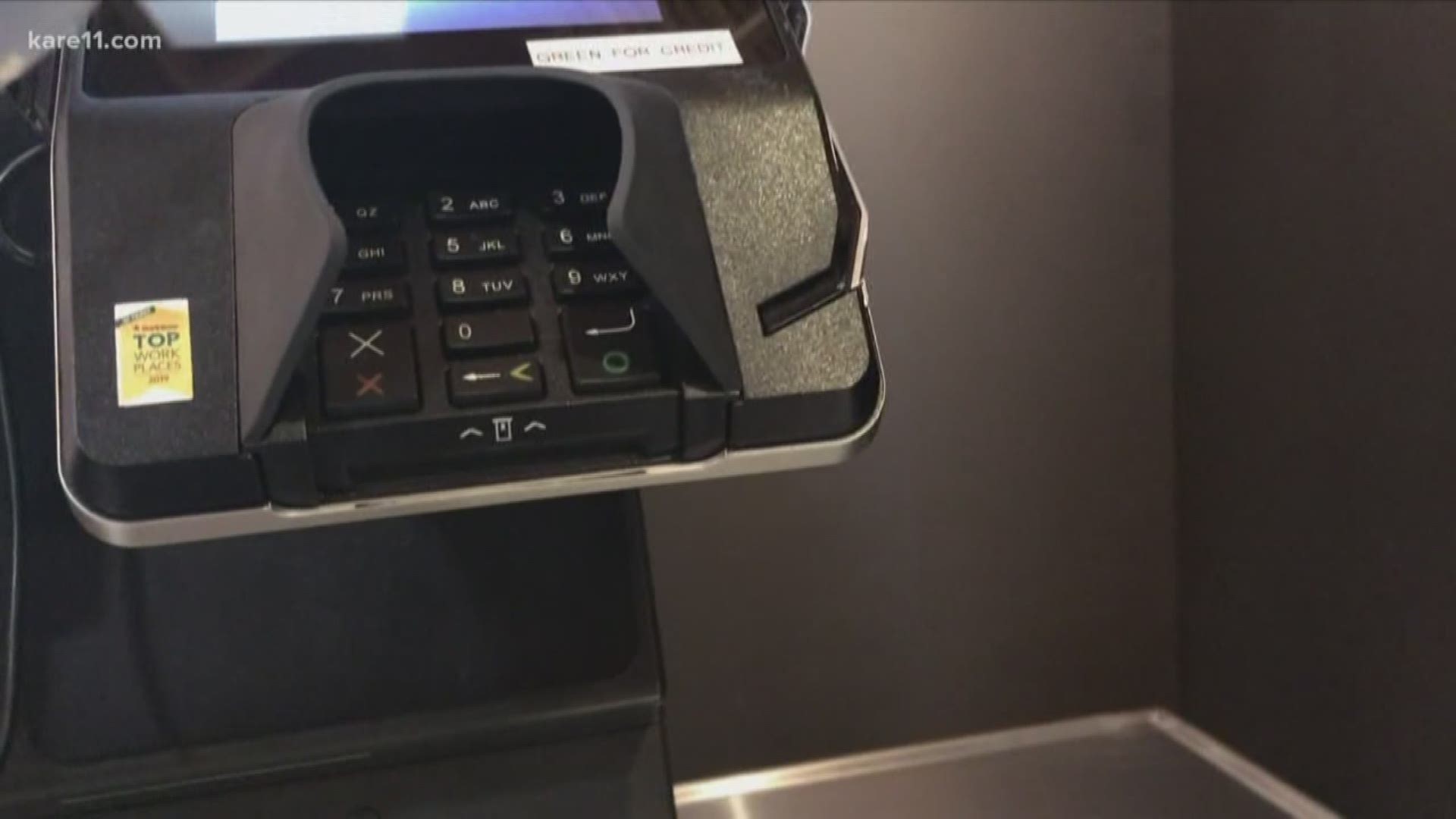 MINNEAPOLIS — Authorities are investigating after credit card skimmers were found at four Lunds & Byerlys stores in the Twin Cities metro.

Lunds & Byerlys released a statement Thursday confirming that skimmers were found at four self-checkout terminals total: one each at the Eagan, Northeast Minneapolis, St. Louis Park and Woodbury stores.

The company says it notified law enforcement immediately when the skimmers were discovered, and that they apparently only affected swipe transactions, not chip inserts. They said the potential impact is only 10 swipe transactions at the northeast Minneapolis location, between 6:36 p.m. Jan. 30 and 6:42 p.m. Feb. 5.

There were no swipe transactions made on the other skimmers before they were discovered, according to Lunds.

Woodbury Police told KARE 11 that the Minnesota Bureau of Criminal Apprehension requested to take these cases over.

The BCA confirmed that their Financial Crimes Task Force is investigating more than a dozen cases of credit card skimming across Minnesota.

"Local agencies referred their cases to the BCA due to the multi-jurisdictional nature of this type of crime," said spokesperson Jill Oliveira.

The BCA offered these safety tips when using a credit card payment terminal:

RELATED: Verify: How secure is paying with your phone?

Minneapolis Police took a report for the skimmer found at the northeast location, and according to the case report, security video showed a male and female buying items at the register, "then attempting to block security cameras" and placing a skimmer onto the cash register. The Woodbury Police report also mentions "Suspect photos/video."

Lunds is asking anyone who thinks they might be affected to call them at 952-548-1400, and to contact their card provider to ensure no suspicious activity has taken place.

The BCA says you should also call your local authorities if you believe you've encountered a skimming device. The FBI has more information about how to protect yourself here.

RELATED: There is a new app to help detect Bluetooth-enabled card skimmers at gas pumps