'That's just what dads do' | Deputy Kareem Atkins will be remembered as a family man, friend says

Jimmy Vitela said deputy Kareem Atkins was like a son to him. He says family and friends are still struggling to deal with the new reality that he's gone. 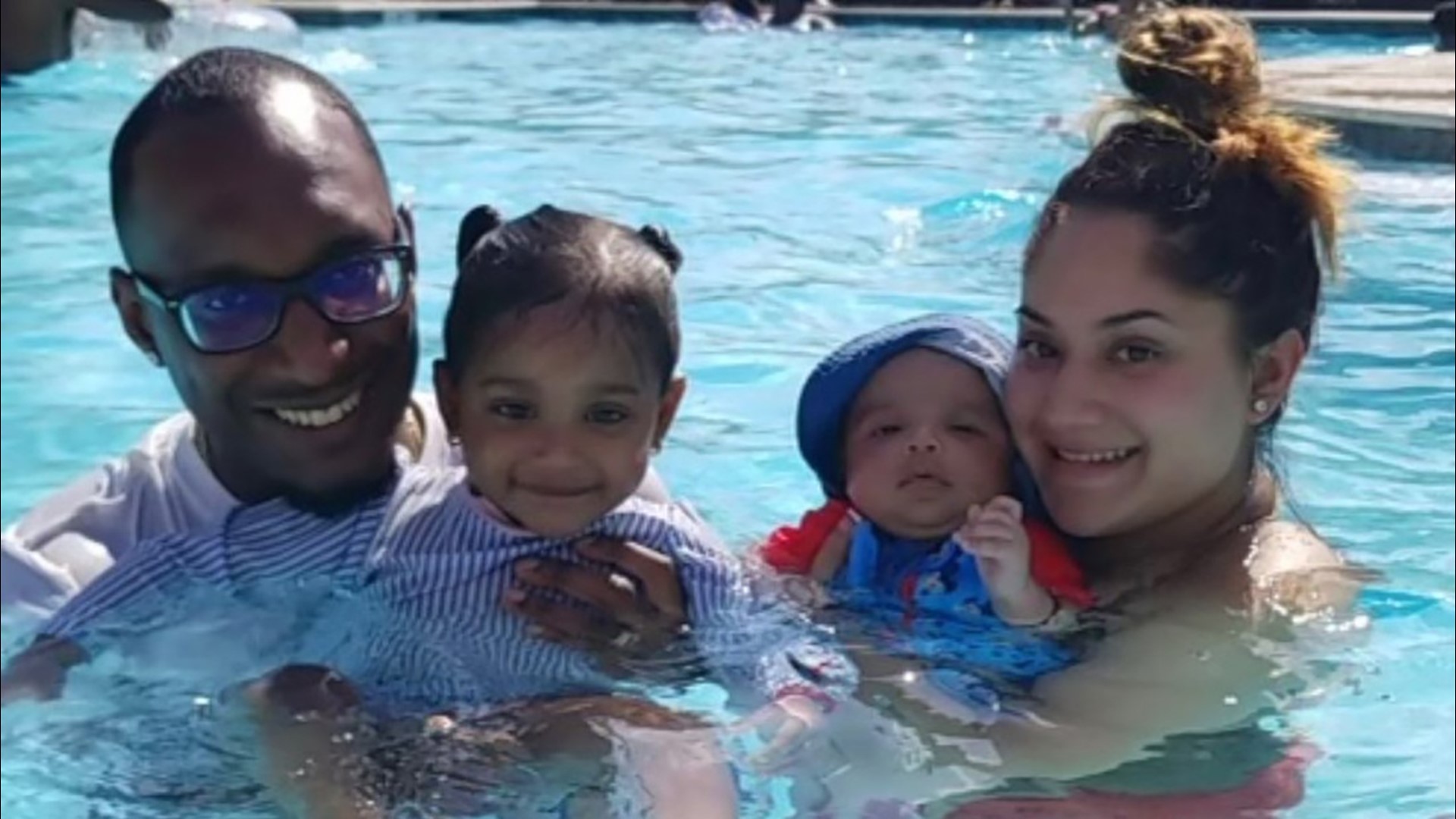 Deputy Kareem Atkins and two other deputies were working an extra job at a bar in the 4400 block of the North Freeway, near Crosstimbers Street. Precinct 4 Constable Mark Herman said they were ambushed just after 2 a.m. Saturday when they were alerted to a possible robbery in the parking lot.

Atkins, 30, and deputy Darryl Garrett, 28, were detaining a suspect when a shooter opened fire on them from behind a vehicle, according to investigators. Both deputies were shot and deputy Juqaim Barthen, 26, rushed over when he heard the gunshots. He was also immediately shot, according to authorities. It's unclear if any of them were able to return fire.

The shooter has not been identified.

Jimmy Vitela said Atkins was like a son to him. When he moved to Houston years ago, Atkins was working at a car dealership as a salesman.

According to Vitela, Atkins became an officer in College Station before joining the Precinct 4 Constable's Office.

RELATED: 'They do everything together' | Fiancée describes relationship among deputy constables who were shot early Saturday

"There is not a person in this world that I know that didn’t like him. You couldn’t help but like him. He was an amazing friend ... son ... he was there for you ... for anybody," Vitela said.

Atkins and his family had just bought a new house in July. They were also planning to go on a Disney trip. He only had 15 minutes left in his shift when he was killed.

"She texted him close to midnight (and said) 'babe, you're going to be so tired,'" Vitela said. "He responded to her: "that's just what dads do.'"

Vitela said one of the hardest things for Nadia has been figuring out how to tell their 2-year-old daughter that her father is dead.

"Having a hard time telling her little girl ... trying to figure out how to tell his little girl that her daddy is not coming home because she keeps asking for him. She doesn’t know how to tell her," Vitela said.

Vitela said friends and family members are left with one mission in life. They want to keep Atkins' memory alive.

"They’re going to know growing up who their father was and how much of a hero he was," Vitela said.

GoFundMe accounts have been set up for all three officers who were shot.

RELATED: How to help the families of three Precinct 4 deputies ambushed outside Houston sports bar

Here are the links:

The Houston Police Department is leading the investigation into the deadly shooting. No arrests have been announced.