"With all of the people that were behind where the individuals fired the rounds, we are very fortunate that we did not have a mass shooting," Koch said. 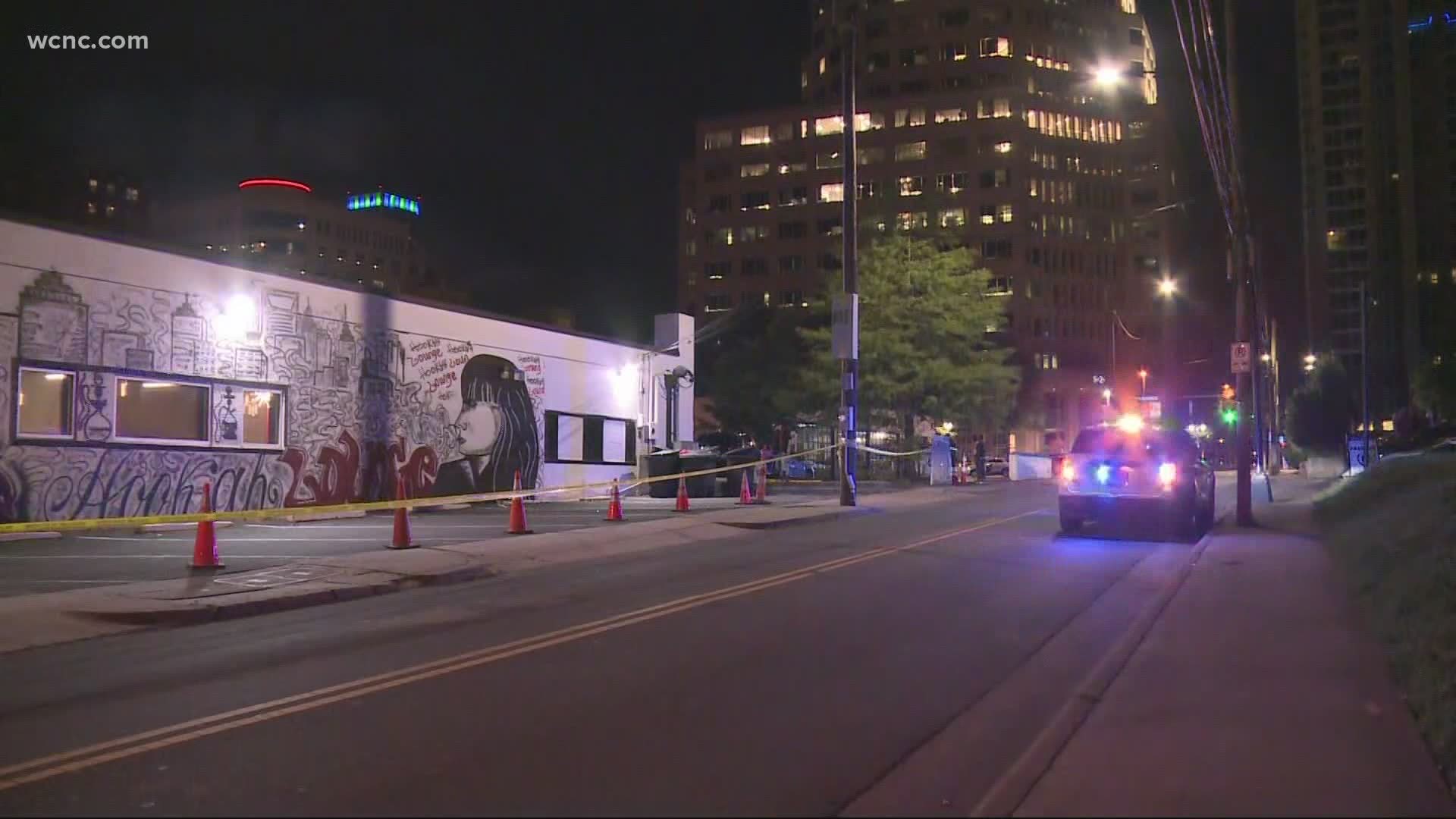 CHARLOTTE, N.C. — One person was hurt after dozens of shots were fired in uptown Charlotte early Monday morning, police said.

According to Charlotte-Mecklenburg Police, the incident happened near the Babylon Hookah Lounge located on College Steet at around 2:30 a.m. on May 17.

Police said they are still looking for two more vehicles involved in the shooting. Police are asking the public to be on the lookout for a dark-colored Honda Mazda CX5 and a white four-door Honda Accord.

Koch said the shooting could have been much worse and said just one person was injured in this shooting. Police said the victim has non-life-threatening injuries.

"With all of the people that were behind where the individuals fired the rounds, we are very fortunate that we did not have a mass shooting," Koch said.

No one has been charged for the shooting at Babylon Hookah Lounge and the investigation is ongoing, police said.  Any person with information about this shooting or any other incident is asked to call CMPD's Crime Stoppers tip line at 704-334-1600.

RELATED: 2020 tax deadline Monday: Everything you need to know about filing