Sheriff: 'We are seeing people dying at an alarming rate'

The Drug Enforcement Administration issued its first public safety alert in six years to warn people about deadly counterfeit pills being sold on the streets. 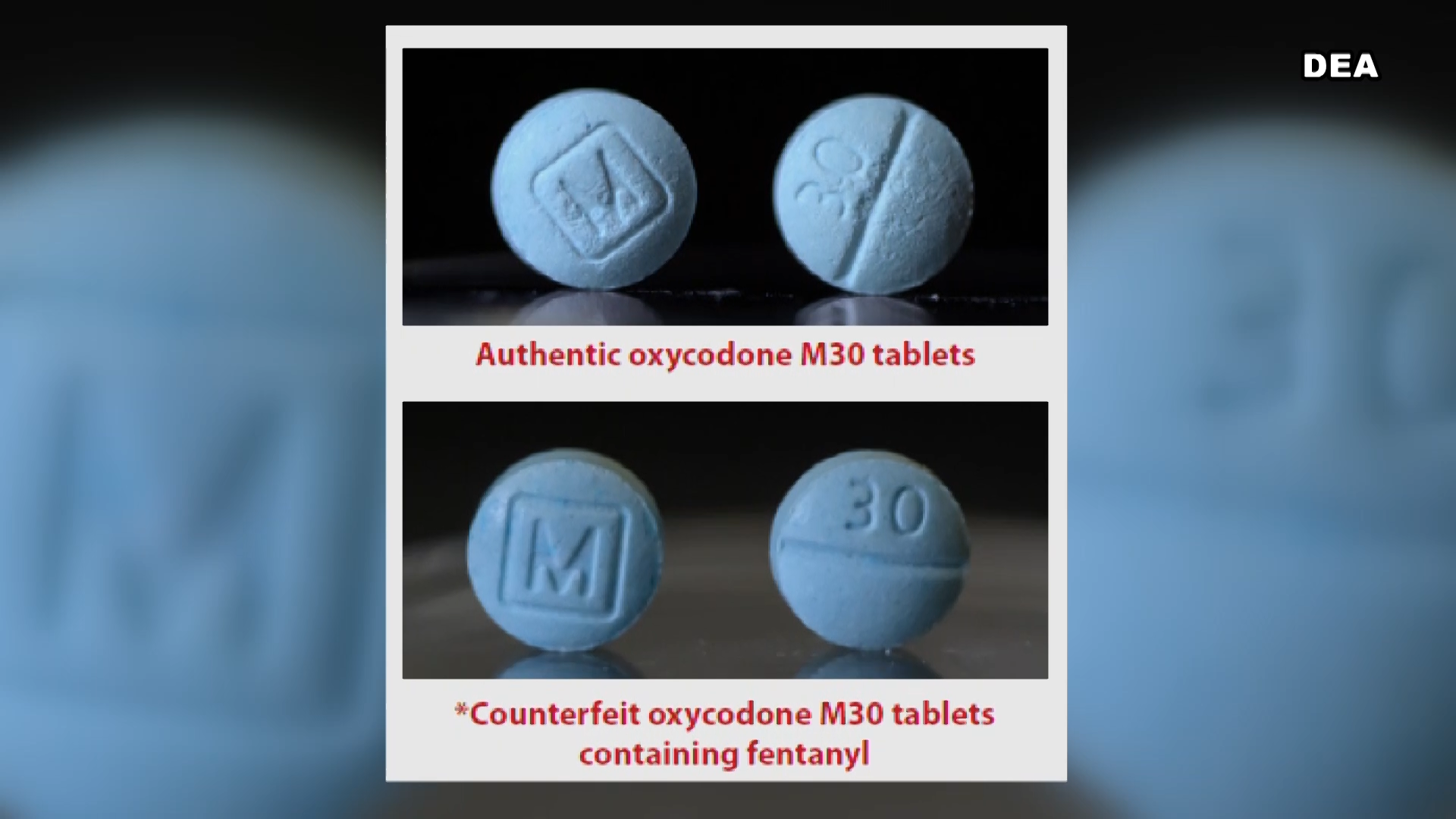 CHESTER COUNTY, S.C. — The Drug Enforcement Administration (DEA) said an unprecedented number of Americans are dying from counterfeit prescription pills sold on streets in the first Public Safety Alert the agency has issued in six years.

“These counterfeit pills have been seized by DEA in every U.S. state in unprecedented quantities,” the agency said in a press release, “More than 9.5 million counterfeit pills were seized so far this year, which is more than the last two years combined.”

The DEA said the counterfeit pills are mass-produced in labs run by criminal organizations and then sold under the guise that the pills are legitimate.  The pills are made to look like oxycodone, hydrocodone, alprazolam, or amphetamines. Often, they can contain deadly doses of fentanyl or methamphetamine.

“The availability of the drugs is extremely concerning to us,” Chester County Sheriff Max Dorsey said.

His deputies have seized 1,000 pressed, counterfeit pills containing Fentanyl from a home just this week.

Dorsey spent 20 years working in SLED’s Drug Unit. He said authorities are seeing shipments from as far away as China in a sophisticated and well-organized illegal operation.

“They will place the order through the dark web. It comes from overseas. It makes its way through the parcel delivery service – whether it’s UPS or FedEx or DHL or whoever – and it’s delivered to wherever it needs to go,” Dorsey said.

The DEA said the vast majority of the counterfeit pills brought into the United States are produced in Mexico with the chemicals used to manufacture Fentanyl in Mexico arriving from China.

“These drugs are suppressing the cardiovascular system,” Dorsey explained. “So essentially it stops your heart and your breathing from happening, and you just die.”

Dorsey said the number of people dying is alarming.

The fight against drug traffickers continues both in Chester County and across the United States.