Around 2:00 a.m. police responded to a home invasion call in the 200 block of West Park Avenue, victim was shot. 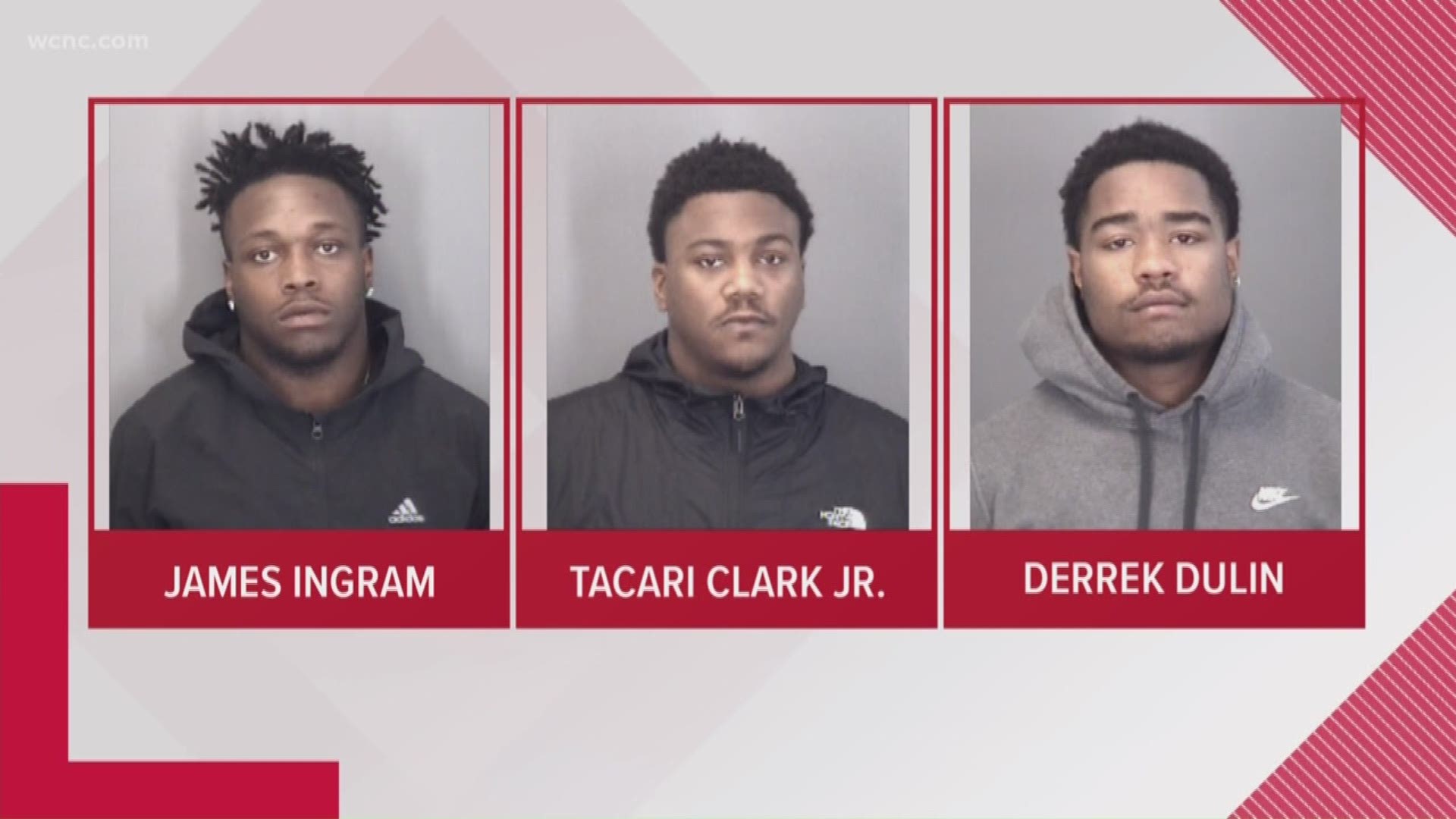 MOORESVILLE, N.C. — Mooresville Police have four people in custody after a shooting just outside Downtown Mooresville on Sunday morning.

At 2:03 a.m. police responded to a home invasion call in the 200 block of West Park Avenue and upon arrival, they found a male victim at the residence had been shot.

The victim told officers he heard someone breaking into his residence and when he went to check, he encountered the suspects and was immediately shot.

After arriving at the home, Medic brought the victim to a Charlotte hospital for treatment where he is listed as being in stable condition.

The victim gave officers a description of the suspect's vehicle involved in the break-in and police spotted the vehicle in Mooresville shortly after and conducted a traffic stop.

Derrek Dulin, 19, Tacari Clark Jr., 18, James Ingram, 19, and a fourth suspect but the name will be withheld due to being considered a juvenile, were all arrested during the traffic stop.

All four suspects were charged with assault with a deadly weapon inflicting serious injury, armed robbery with a dangerous weapon, felony conspiracy, possession of a stolen firearm, misdemeanor possession of marijuana, and carrying a concealed weapon.

Investigators believe this incident was not random but was a targeted attack.

The investigation is continuing. Anyone with any additional information, contact Detective Vanderbilt with the Mooresville Police Department at 704-664-3311