14-year-old Grace Sulak was killed in 2016. No arrests have been made and a fisherman is hoping to change that. 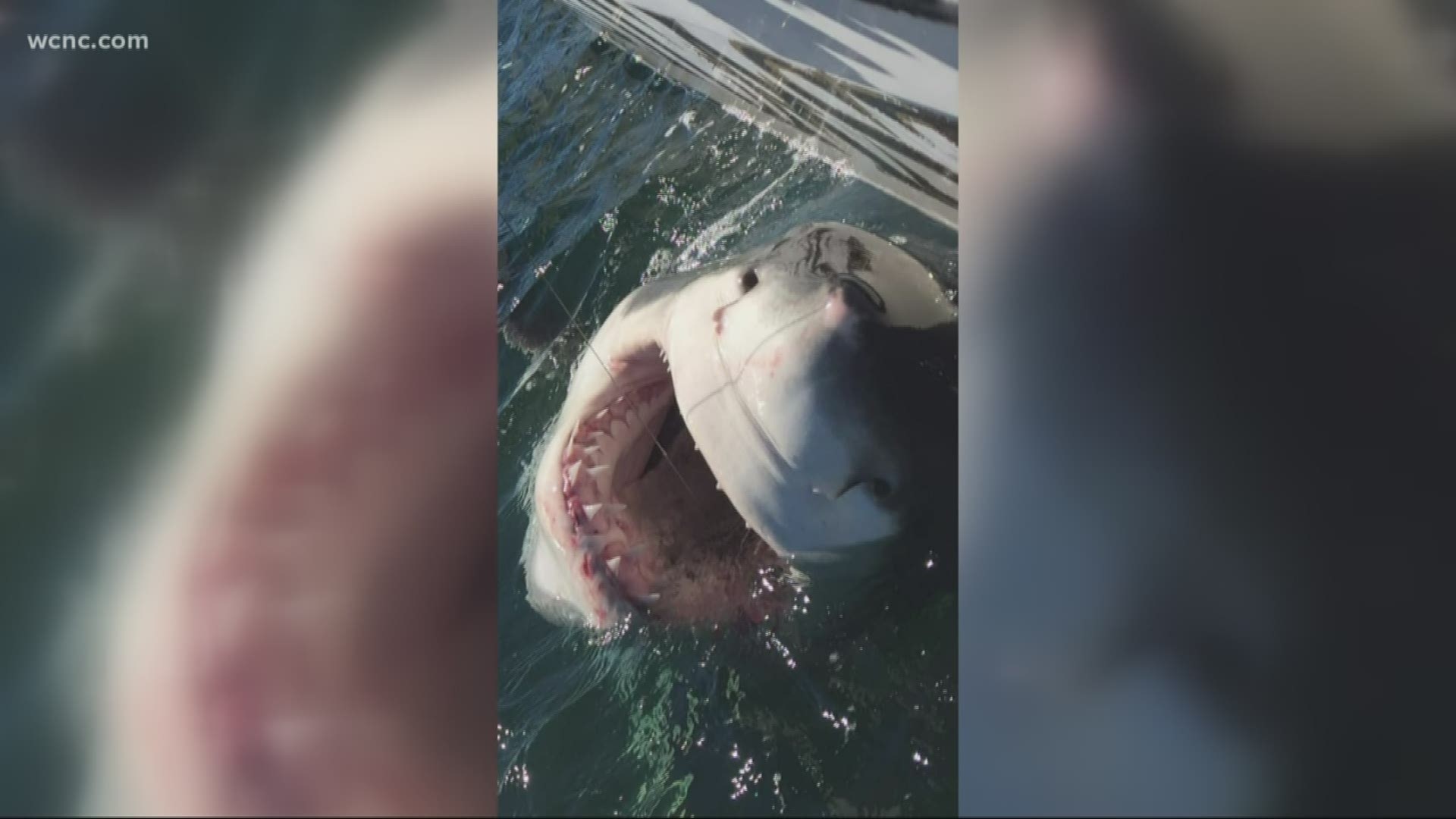 HILTON HEAD ISLAND, S.C. — A fisherman is hoping a massive great white shark tagged off the coast of the Carolinas might just help solve a deadly hit and run.

The fisherman named the shark Grace after a 14-year-old who was an aspiring marine biologist.

Grace Sulak was killed by a hit and run driver four years ago and the driver was never found.

The fisherman, Chip Michalove, social media posts get hundreds of likes and shares on Facebook. Now he's hoping the power of social media will help solve a years old crime and bring justice to a Carolina family.

Grace the shark is 15 feet long and 2,800 pounds, she’s currently swimming off the coast of the Carolinas.

"What good is being in the spotlight if you don't do something good with it?, Michalove told WCNC NBC Charlotte. "I've gotten a lot of recognition from these sharks and I’m really fortunate to be in this position so why not do something positive."

Sulak was killed in a car accident on I-26 in Calhoun County in May 2016. She was on her way back from a track meet in Columbia with her mom and best friend, the driver who caused the crash is still out there today.

Grace's mom tells NBC Charlotte they try to remain positive - but with Grace and her twin sister Faith's birthdays passing year after year, they still long for justice.

The family and Chip both firmly believe that someone out there knows something that could help.

Michalove has never met Grace's family but was touched by her story. He says he’s never been as nervous as when he called Grace’s parents to ask if he could help. In addition to the more than $10,000 reward offered by police, Michalove is throwing in a trip to tag sharks for anyone who helps lead police to an arrest.

“It’d be a little bit of closure for them, it’s not going to bring Grace back but just little things I think help, this is America, I don’t think anyone should be able to walk away after causing a fatality,” says Michalove.

The suspect was driving a white Dodge Ram 2500.

Anyone with information is asked to call South Carolina Crime Stoppers at 1-888-Crime-SC.