'He did not deserve to be shot and killed at school': Mom of murdered student speaks 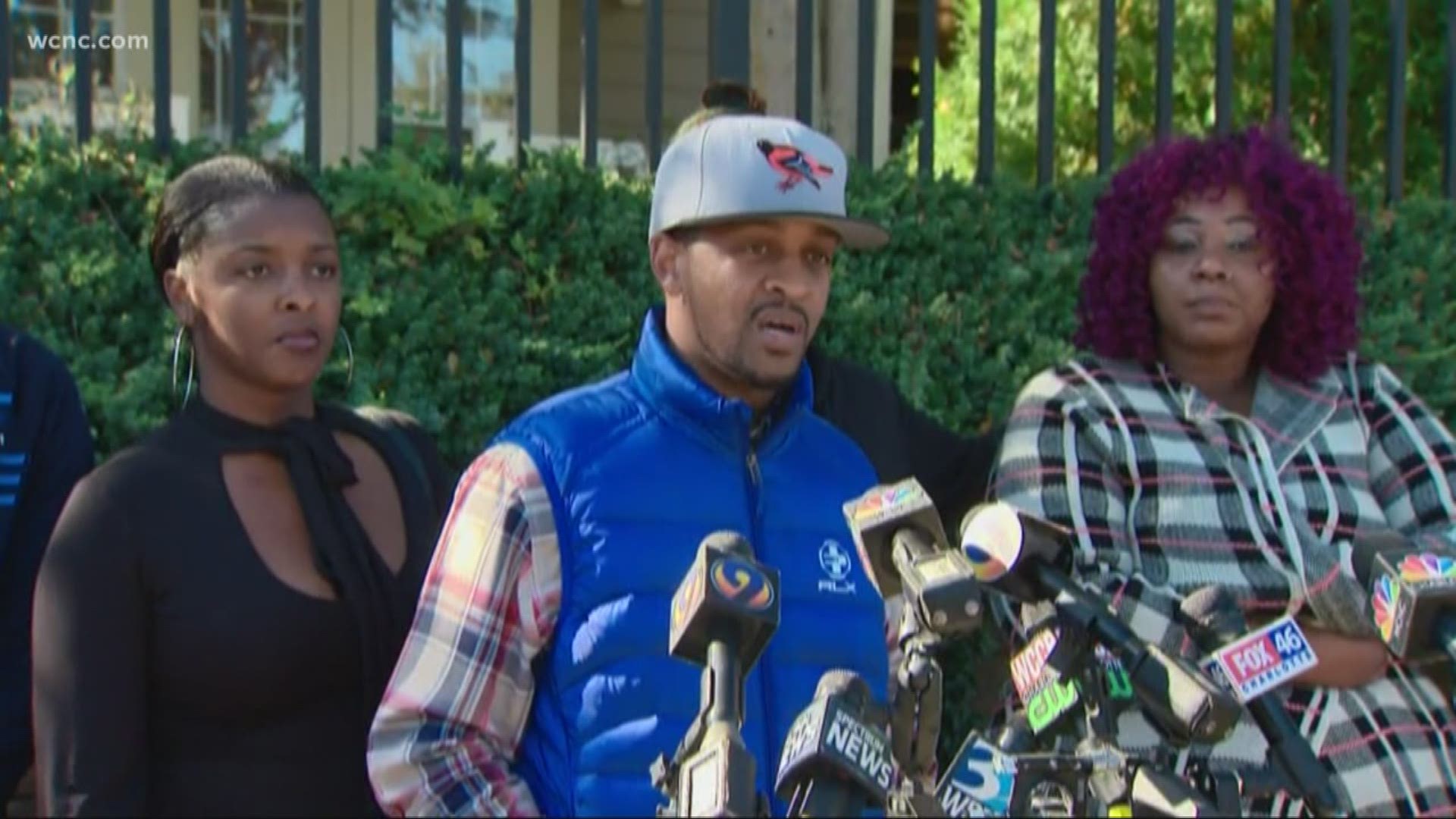 MATTHEWS, N.C. — Family members of a teenager shot and killed at Butler High School in Matthews spoke at a news conference Tuesday.

They said 16-year-old Bobby McKeithen was a good kid who didn't deserve to die.

"You can never judge a book by its cover," Bobby's mother, Ashley Mewborn, said. "And look at him and think you know him by what you see on the outside because you do not. Regardless of that -- he still did not deserve to be shot and killed in school."

According to Charlotte-Mecklenburg School (CMS) officials, Monday's shooting began as a bullying incident that got out of control. Matthews Police said 16-year-old Jatwan Cuffie pulled the trigger following a fight with McKeithen. Cuffie was arrested and charged with first-degree murder.

McKeithen's family, however, disputed the bullying claims, saying he was friendly to everyone.

A spokesperson for the family said, "The stories and rumors that you have heard about Bobby being a bully are not true. Countless friends and teachers have spoken out and said that he has never been known as a bully. Bobby was truly a light in our eyes."

McKiethen's mom said he loved sports and dancing and taking care of his brothers and sisters.

"Everybody loved him, and he loved everybody," Mewborn said.

McKeithen's older brother said he was not a bully.

The victim's dad, who's also named Bobby McKeithen, said he wants to know why teachers and staff didn't do more to intervene.

"They come tell us that our son passed but they couldn't tell us that a situation was brewing?" he said. "They had some kind of awareness of the situation, and we feel there should have been more alertness."

It's not clear if school officials or just classmates knew about the conflict brewing between the two students. But now, McKeithen's dad said he's facing a future without his son.

"I'm gonna miss him going to prom, graduation, college -- got stopped because of ignorance," he said.

McKeithen's mom said she wishes she could have had more information in the moments following the shooting. Mewborn went to the school looking for answers, trying to find out if the boy who was shot was her son.

"In the time with me driving to the school because I couldn't find out anything, I could have been to the hospital with him -- because that's where he was," she said. 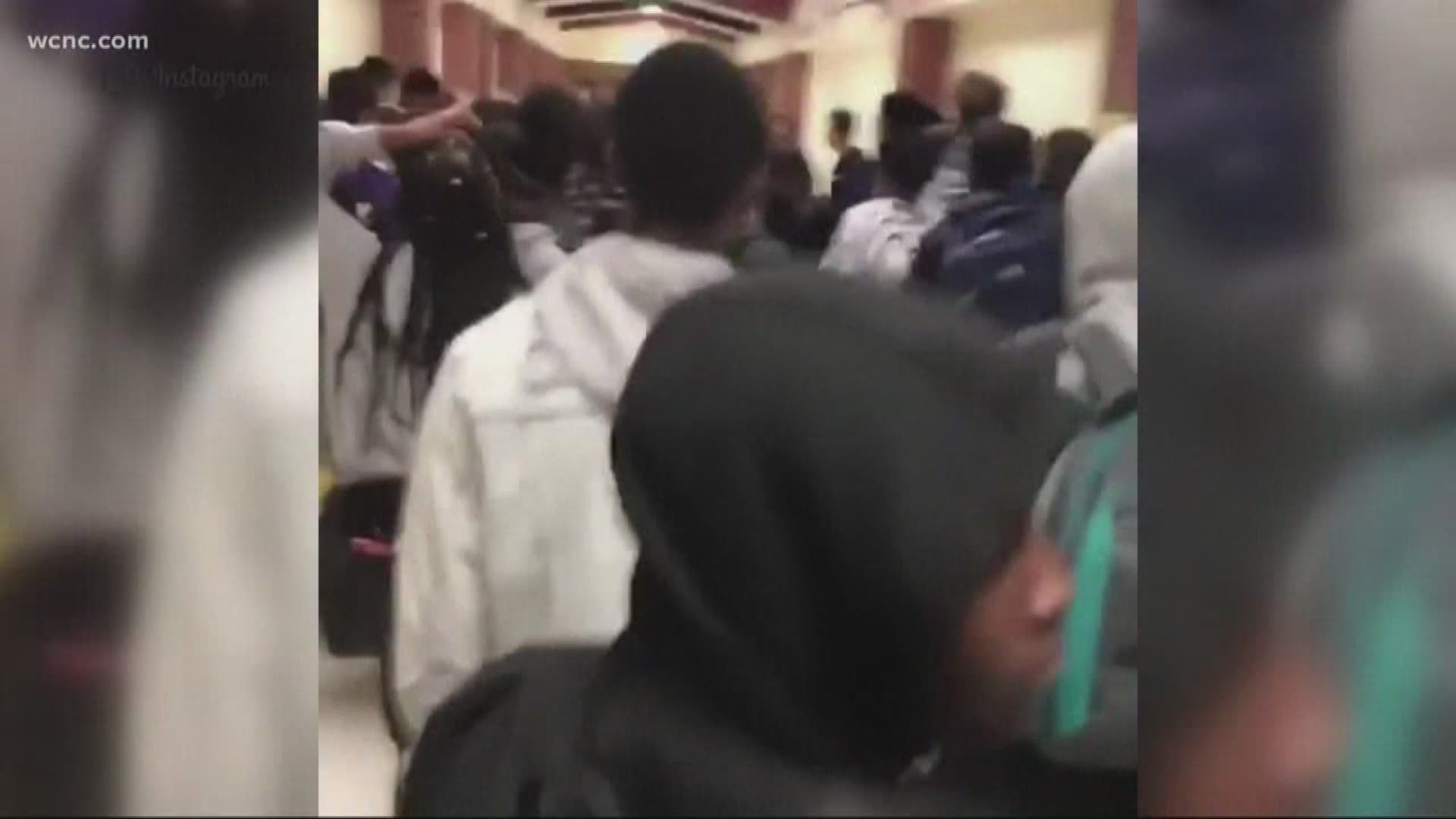 CMS Superintendent Dr. Clayton Wilcox said the shooting happened in one of the school's main hallways before classes Monday morning.

The school was placed on lockdown around 8 a.m. That lockdown was lifted a little before 9:30 a.m. as hundreds of frustrated parents stormed the front doors of Butler High.

CMS Superintendent Dr. Wilcox: This is a sad and troubling day for all of us in this community. We've lost a young person in our community and nothing is more tragic than that

A GoFundMe account was set up to pay for McKeithen's burial expenses. McKeithen's parents said they also want to join the gun control fight – pointing out their son is just the latest victim of gun violence.