India Rice was killed in a drive-by shooting in May. Two months later, her family is begging the community for help finding the shooter. 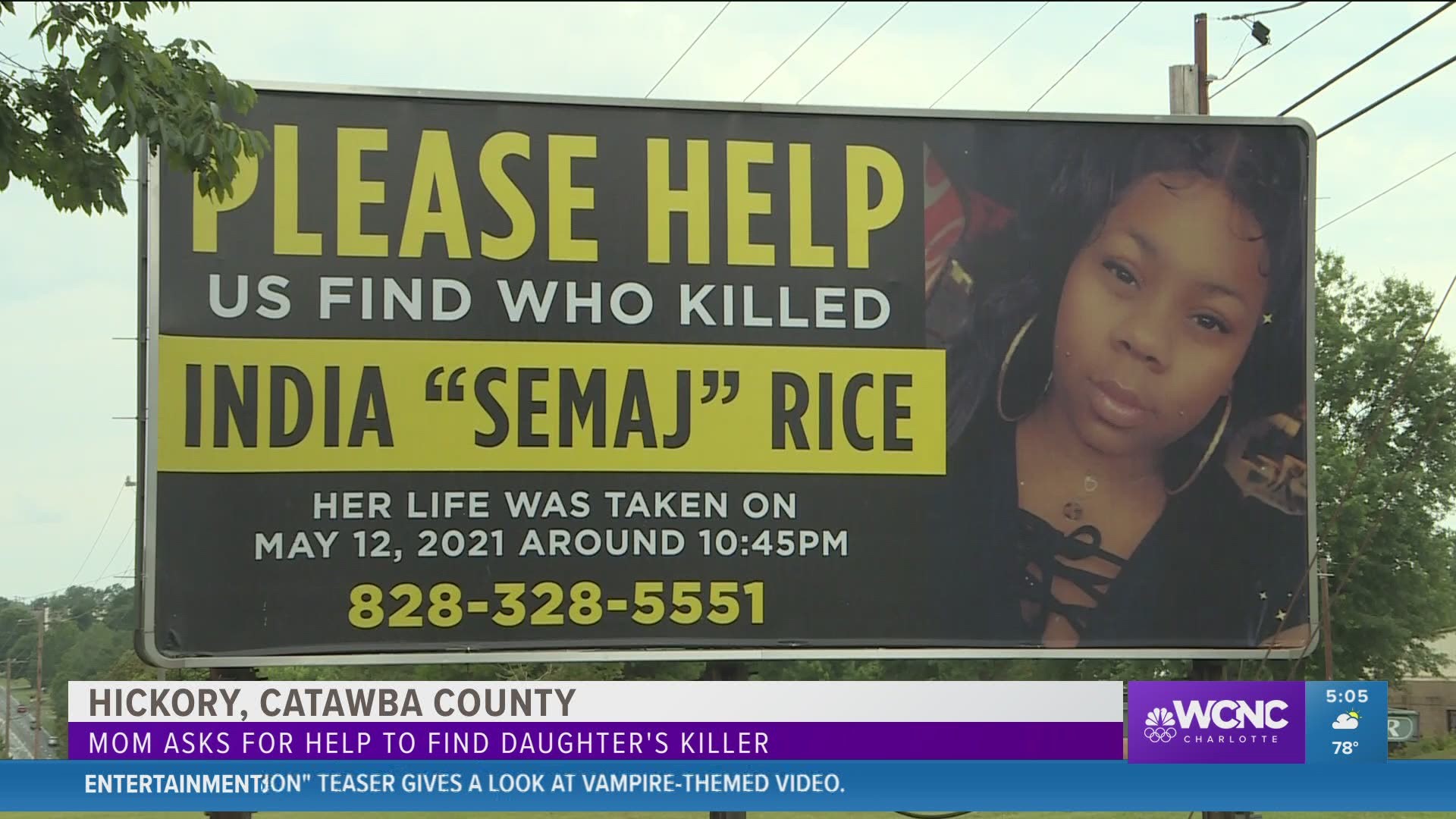 HICKORY, N.C. — A Hickory family has launched a new campaign with billboards across the area asking for help finding the killer(s) of India Rice, who died in a drive-by shooting earlier this year.

Hickory police were called to a reported shooting at a home on 17th Street Northwest on May 12. Investigators said five adults and two children were inside the home when someone fired multiple rounds into the house from a car. Rice, 27, was struck by one of the bullets and was pronounced dead at the scene.

Now, nearly two months later, Rice's killing remains unsolved. Her family has organized a GoFundMe campaign that will pay, in part, for three billboards asking for information that leads to an arrest.

RELATED: ‘To know Ky was to love Ky’ | Hickory community comes together to remember 7-year-old shot and killed

"India was more than just a girl that was murdered," Lanora Evans, Rice's mother, said. "She had a life. She had a family. She had hopes and dreams."

Evans described her daughter as generous, politically active and always thinking of business ideas to support her family.

Rice was with her sister in their house in west Hickory when she was shot and killed in May.

"They were laying in the bed talking, facing each other, and the bullet hit the wall. The first shot hit India," Evans said. "This incident didn't just take my daughter. it took my grandchildren's innocence. They watched their aunt died. My children watched their sister die."

By purchasing those billboards with her own money and inviting others to raise money for a reward, Evans hopes it will push investigators, prosecutors and witnesses to step up, find and charge the gunmen.

"If we come together, we can find out who did this so this don't happen to no one else," Evans said. "So no other mother don't have to go through what I'm going through."

Hickory Police Captain Jeff Young said they need people who have information about India's and other murders in the area to call detectives."We know someone out there has information,” Captain Young said. “I just hope they're courageous enough to come forward and provide that information to us."