The vandalism to the monuments at Washburn Fair Oaks Park and BF Nelson Park may be related to the national #landback movement. 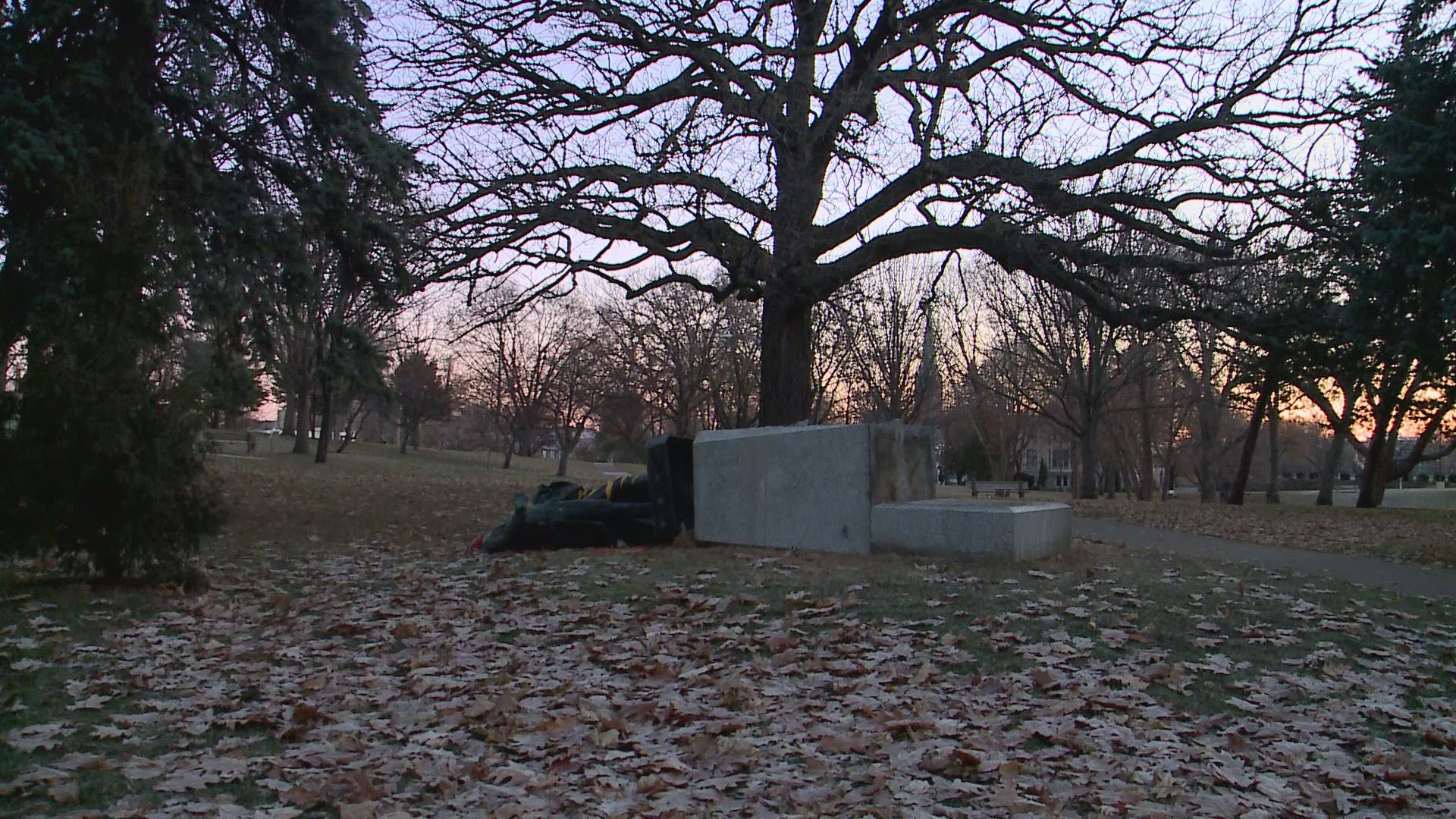 MINNEAPOLIS — Minneapolis Park Police are investigating after a pair of historic statues were vandalized, and one of them toppled Thursday in what may have been part of a national demonstration in support of Indigenous people.

Park and Recreation Board (MPRB) spokesperson Dawn Sommers says she learned about the damage caused to statues in Washburn Fair Oaks Park and BF Nelson Park late yesterday afternoon. A parks employee called in when they discovered The Pioneers statue had been painted with graffiti.

Officials soon discovered that the George Washington statue in Washburn Fair Oaks Park had also been vandalized, including being painted with the words land back. The statue was then toppled, and broken into parts.

The #landback campaign is an Indigenous movement against white supremacy and for Indigenous food sovereignty, housing, and clean air and water.

Nonprofit media organization Unicorn Riot posted a story online claiming that the vandalism was the work of an "autonomous direct-action affinity group organizing under the Pan-Indigenous People’s Liberation (PIPL) network," which was partly in response to the callout for a national decolonial day of action.

USA Today reports that similar vandalism was done to monuments in Chicago, Portland and Spokane. At this time it is unclear whether the action in Minneapolis was part of a nationwide coordinated effort.

Sommers says park maintenance crews will be heading out this morning to inspect the damage and determine if the George Washington statue can be put back together and righted. She tells KARE 11 that the MPRB has heard concerns from community members about the content and subject matter of the Pioneers statue.

"The MPRB is working together with the community to address and respond using a racial equity lens to determine next steps," Sommers said in a written statement. "This spring, a sign was placed near the statue stating this information and inviting people to share their thoughts or be part of framing new directions."

Earlier this fall demonstrators pulled down and damaged a statue of Christopher Columbus on the grounds of the Minnesota State Capitol. A man claiming to be associated with the American Indian Movement (AIM) was criminally charged in that incident.

Anyone with information on the Thanksgiving statue vandalism is asked to call Minneapolis Park Police at (612) 230-6550.