CMPD said Kendal Crank was driving near North Tryon Street when she was hit by a stray bullet. Officers do not believe Crank was the target of the shooter. 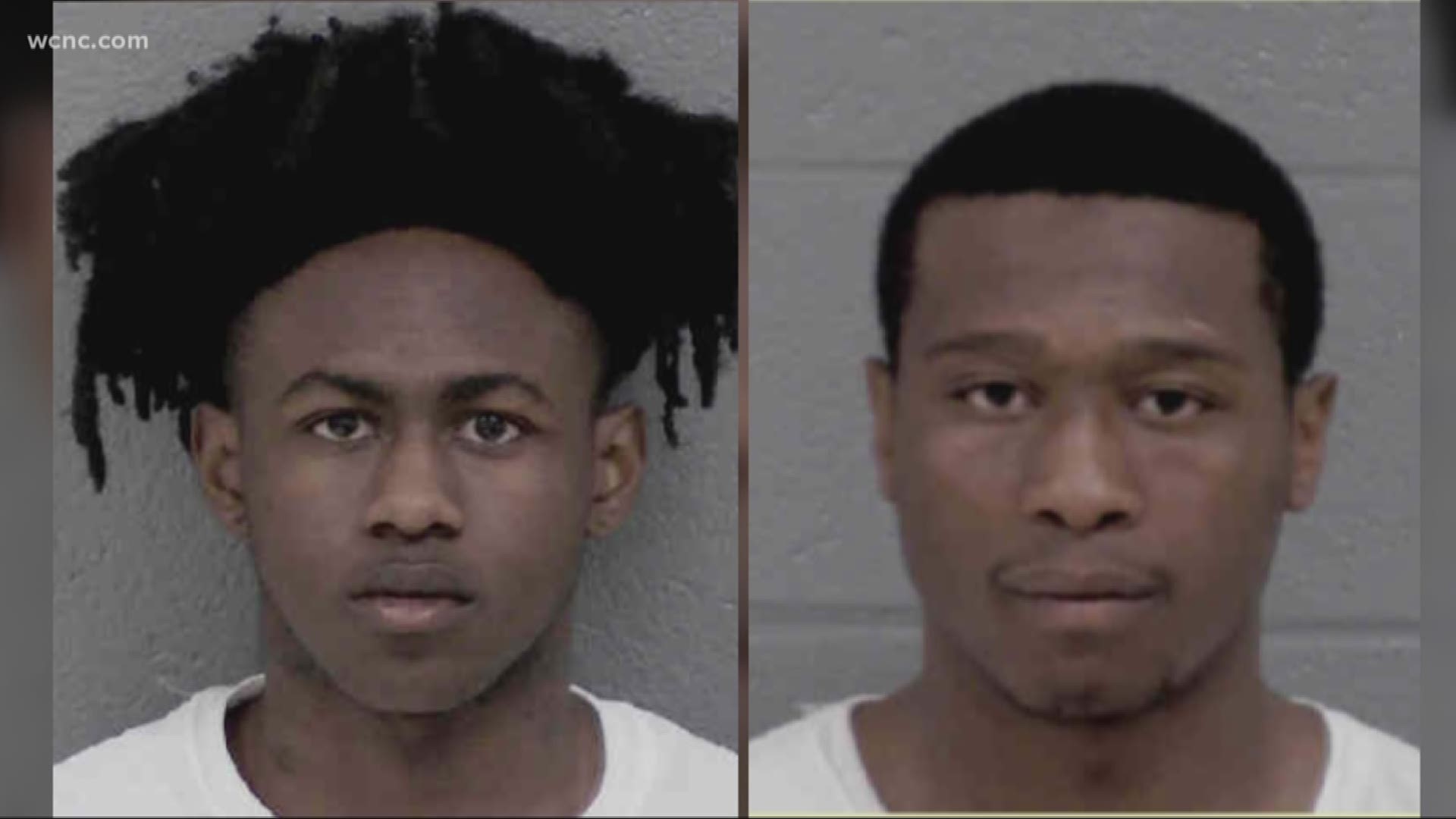 CHARLOTTE, N.C. — Three men have been arrested in connection with the murder of a young Charlotte mom who was caught in the middle of a shootout about a mile north of uptown Charlotte Thursday, the Charlotte-Mecklenburg Police Department said Friday.

CMPD said 27-year-old Kendal Crank was driving on East 28th Street near North Tryon Street around 5 p.m. when she was hit by a stray bullet. Officers do not believe Crank was the target of the shooter. A source told NBC Charlotte that Crank was a niece of a CMPD officer.

"This was a very tragic day for everyone," CMPD said in a news conference on Friday.

CMPD announced that three people have been charged with murder in connection to the shooting.

Police report Tykes Dobe was also shot during this incident.

Witnesses told CMPD two groups of men started shooting at each other near the intersection. Crank's car crashed after she was shot. She was pronounced dead at the scene.

Johnny King, a close family friend of Crank, said it was hard being told that his friend's daughter was shot.

"We worked together in the school system for over thirty years," King said. "It's rough. It's like losing a kid of my own [you] know."

CMPD Maj. Mike Campana said Medic and Charlotte Fire both responded but they were unable to save her life.

"Certainly it's tragic when anyone dies, but to have someone just driving by and for this to happen is troubling," Campana said.

Police say a man walked into Atrium Health-Main after being shot in the arm. He arrived at the hospital a few minutes before 6 p.m. and detectives are working to determine if that shooting was related to Crank's death.