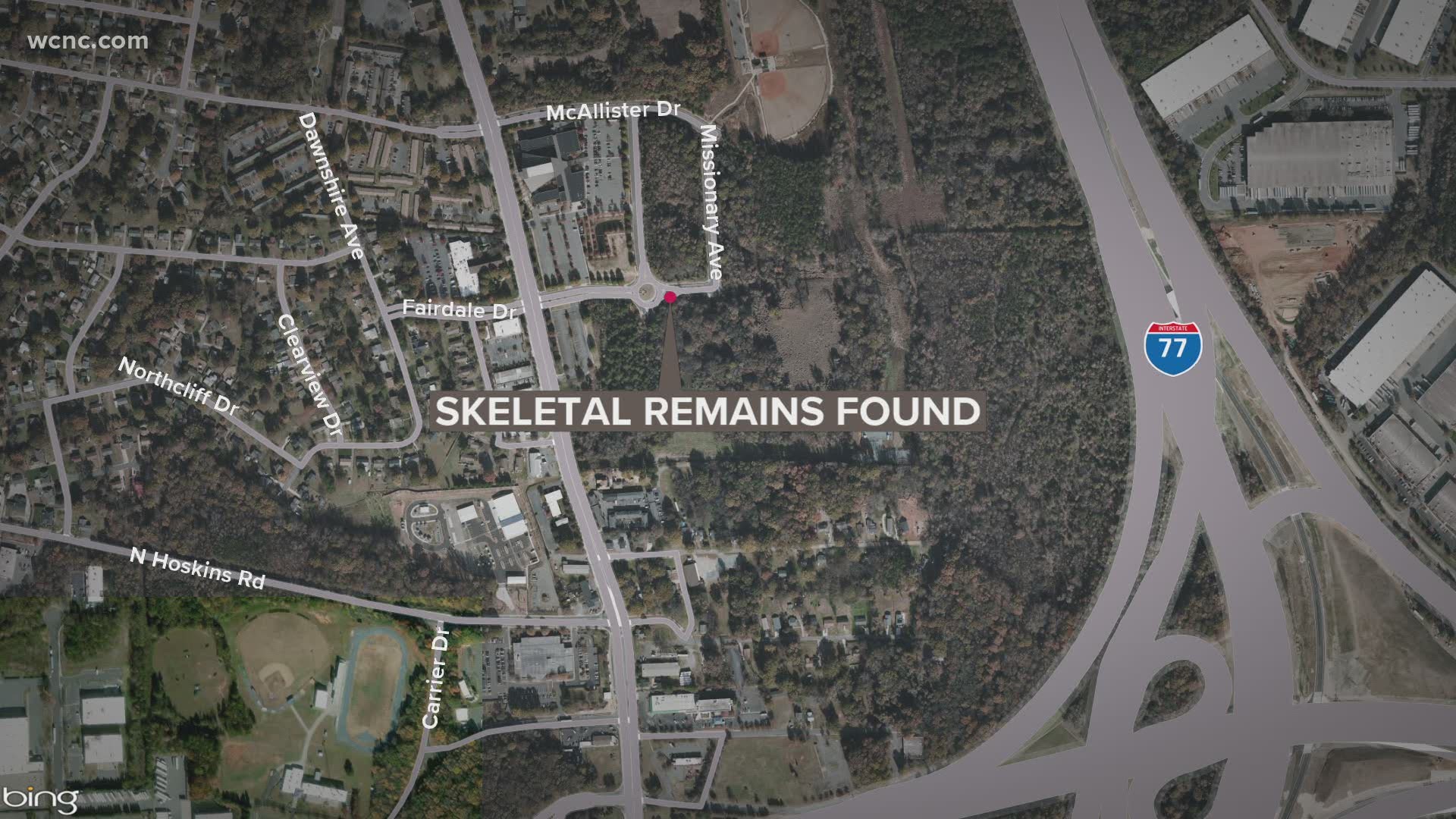 The remains were found around 10:30 a.m. Sunday near 2200 block of Friendship Village Place before being transported to the Mecklenburg County Medical Examiner's Office.

Police announced Tuesday that the body was identified as Lavonda Floyd. Police said Floyd had been previously reported missing on July 5, 2020.

According to police, a 36-year-old convicted felon has been charged with the murder of Floyd.

The location where the body was found Sunday is not far from where another body was found in the woods in January. When asked by WCNC Charlotte, CMPD would not comment on whether a connection has been made between the two cases at this time.