"That is kind of traumatizing for some women,” said a Target shopper. “I feel like we should have more like security measures so we don't have that problem as much." 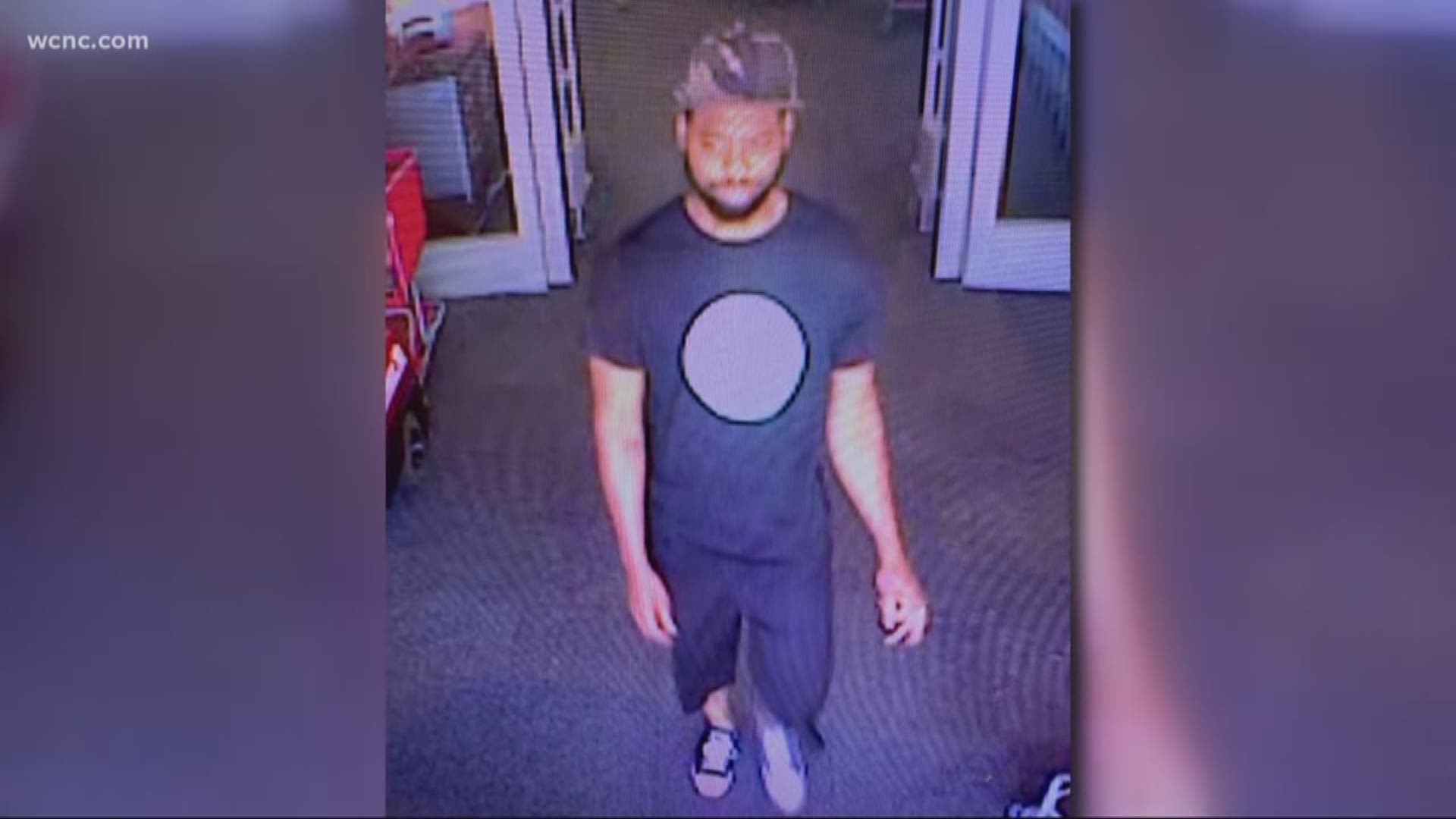 CHARLOTTE, N.C. — A series of peeping Tom incidents across the Charlotte area is leaving shoppers and residents on edge.

Huntersville Police Department released surveillance images of a person officers said is suspected of using a cell phone to take pictures of the skirts or dresses of women.

Police said the person in the images is suspected of taking photos at Target off Sam Furr Road and Walmart off Bryton Town Center Drive in Huntersville on Sunday.

"That is kind of traumatizing for some women,” said Caroline Marquis, a Target shopper. “I feel like we should have more like security measures so we don't have that problem as much."

Huntersville Police tweeted out Tuesday that suspect in the case has been identified, and charges are pending. Police said the suspect’s name will be released once he has been formally charged.

In a separate and unrelated case, a report filed with Charlotte-Mecklenburg Police Department said a woman at the 49 North Apartments near UNC Charlotte woke up to find a peeping Tom outside around 4 a.m. Sunday.

The report states the suspect was seen and heard moaning and looking through the woman’s bedroom window.

"That's scary,” said Caroline Nelson, a resident. “I feel like we, like me and my roommates, take like pretty good precautions about like keeping our windows shut and our curtains closed, but yea, that's really scary."

NBC Charlotte asked CMPD if any arrests were made in the case but did not receive a response as of 5 p.m. Tuesday.

Put a lid on your kid for bike safety