Police drew weapons on a car on I-77. Another driver recorded the tense moments.

After the arrest, the victim reacts to the dramatic video. 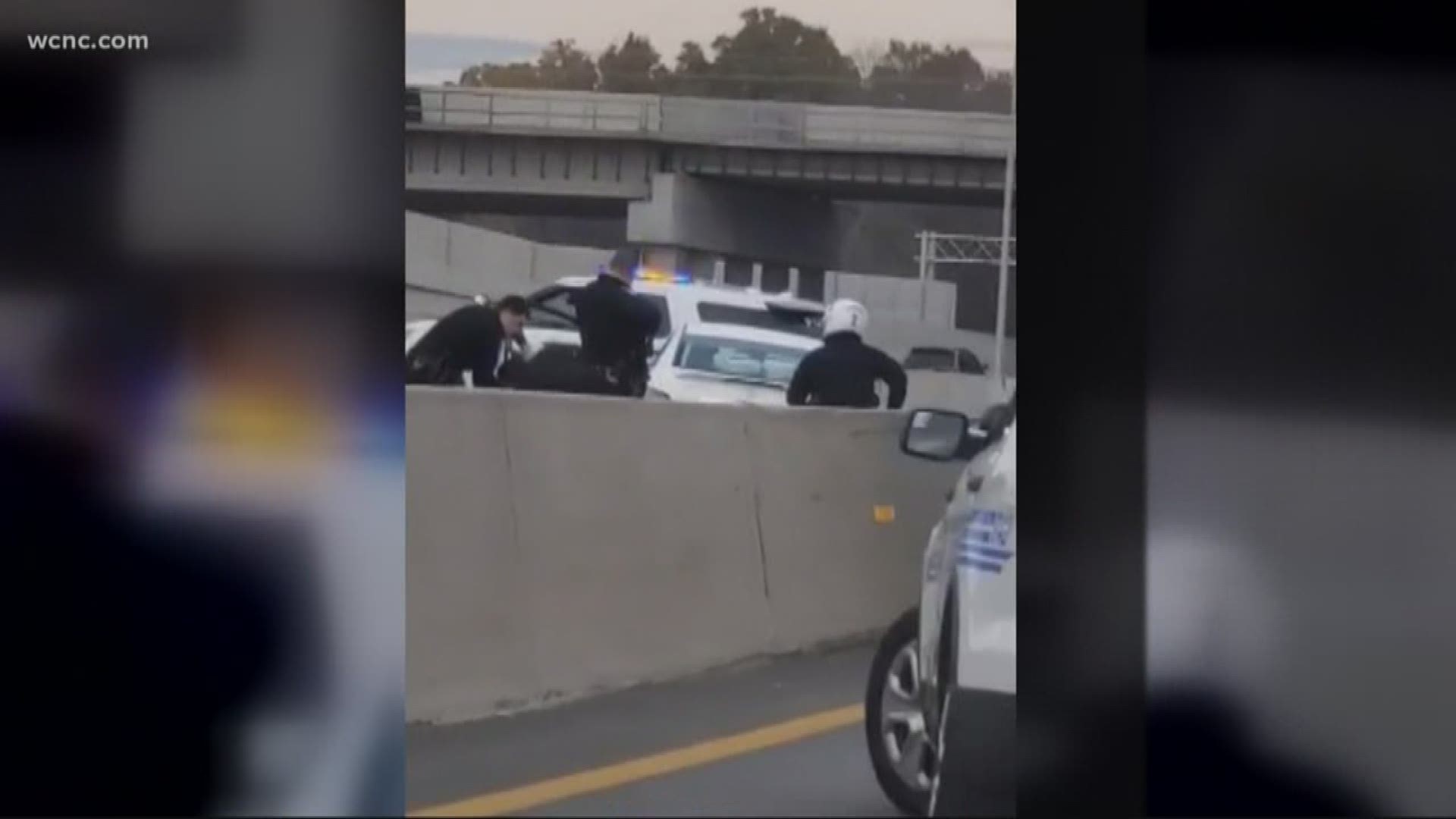 CHARLOTTE, N.C. — A Charlotte woman is warning other families to be on-guard during the holidays after her car was stolen in her driveway. The car was later recovered by the Charlotte-Mecklenburg Police Department during a dramatic traffic stop caught on camera Friday.

Another driver recorded Friday as officers with weapons drawn surrounded the vehicle in the middle of Interstate 77.

CMPD said they knew the car had been stolen the woman's driveway earlier that day.

"I just feel violated," the woman, who did not wished to be identified, told WCNC NBC Charlotte.

She asked not to be identified out of concern for her safety.

She had not seen the video of police arresting the man driving her stolen car. WCNC NBC Charlotte showed her the video.

"When I saw that video, I thought I was watching a movie on television, not real life," she said. "I just feel violated."

"I was in a hurry to get in, and I got distracted because I had some visitors who came in from out of town for the holidays," she said.

She said accidentally left her keyless fob in her car, and she said the car was stolen the next morning.

Investigators identified the driver they arrested in the traffic stop as Michael Simpson, who's accused of felony possession of a motor vehicle and possession of drug paraphernalia.

"I have some anger in me," she said. "I just really want people to not have to go through this."