Immigration and Customs Enforcement are again criticizing the Mecklenburg County Sheriff's Office for not cooperating with immigration detainers. 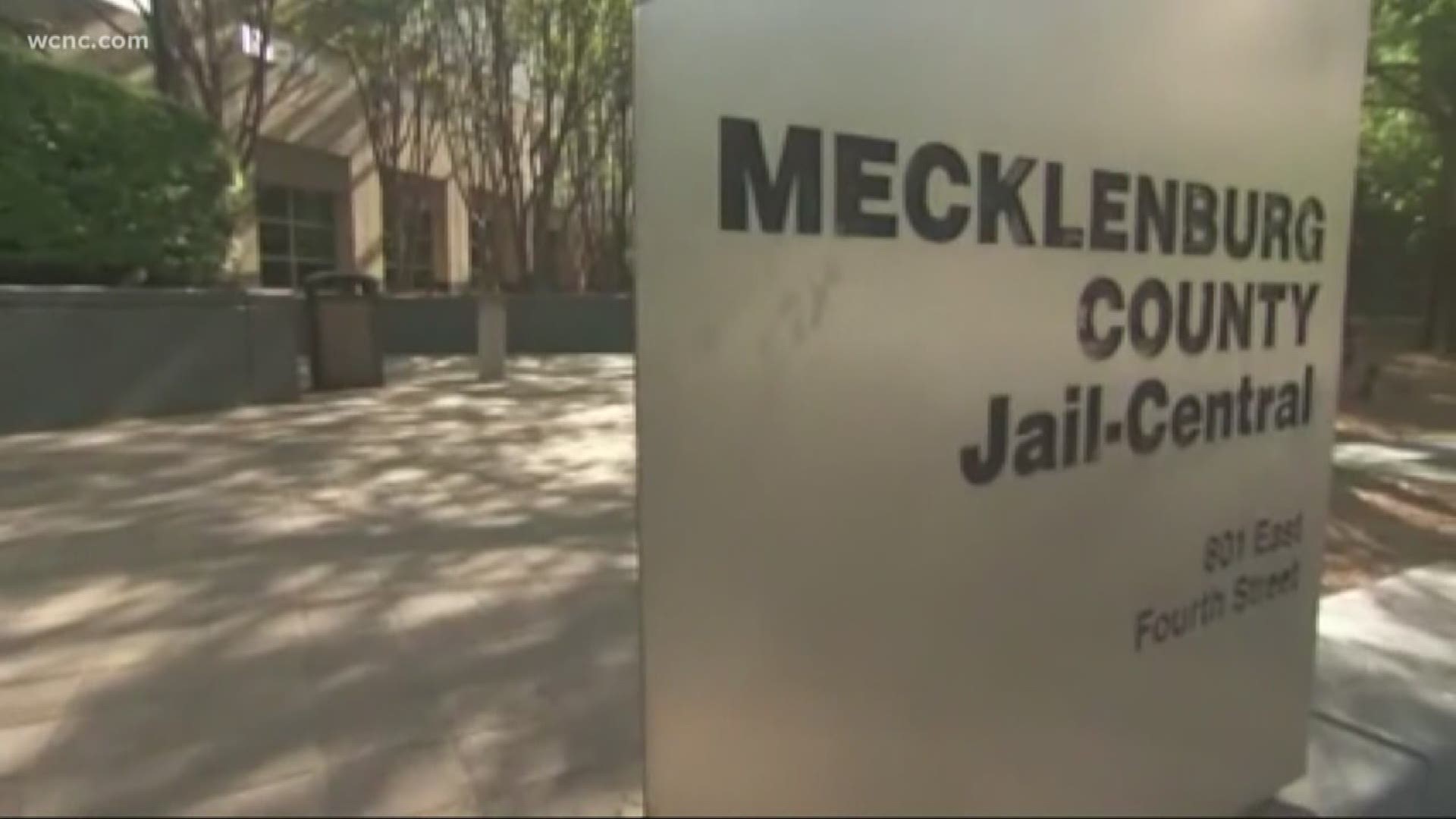 CHARLOTTE, N.C. — In another chapter of the ongoing battle between Immigration and Customs Enforcement and the Mecklenburg County Sheriff's Office, ICE officials are again criticizing the sheriff for not cooperating.

"It is safer for all if we work with the jails," said ICE Enforcement and Removal Operations Executive Associate Director Tim Robbins during a news conference Thursday in Charlotte.

McFadden is an outspoken critic of the ICE detainers.

"I was elected with a clear mandate to stop honoring voluntary ICE detainers," McFadden previously said.

McFadden would like to see arrest warrants issued for the individuals.

"If you know that these individuals are out here that you believe, that you deem dangerous than why don't we work together to have this individual brought to justice by putting a federal warrant on them," McFadden has previously said.

McFadden previously argued he will follow all laws but believes that detainers are not laws -- rather requests by a federal agency.

The sheriff said the only way he will keep an illegal immigrant in jail, who otherwise has met all requirements for release, is if ICE gets a federal warrant signed by a judge.

Speaking Thursday, Robbins said judges do not issue warrants for immigration-related crimes. Speaking of McFadden, Robbins said the sheriff is not complying with detainers nor is he notifying ICE when someone with a detainer is arrested or released.

"If he doesn't want to hold them a minute passed their release, then call us," Robbins said, arguing that ICE would rather be notified of a release if the individual is not going to be held as requested.

Robbins insists enforcement of the detainers is necessary to prevent future crimes.

Robbins referenced the May arrest of Luis Pineda-Anchecta, who was arrested for multiple charges including kidnapping, strangulation, and assault on a female regarding a domestic violence assault. On June 1, he paid bond and was released from jail. The next day he was arrested by ICE officials, who released a statementing saying:

“U.S. Immigration and Customs Enforcement arrested unlawfully present Honduran national Luis Pineda-Anchecta during a targeted enforcement operation in Charlotte June 2 following his release from local criminal custody after the Mecklenburg County Sheriff’s Office refused to honor an ICE detainer, nor even notify ICE of his release, and instead released an unlawfully present foreign national facing serious criminal charges onto the streets of Charlotte. Mr. Pineda-Anchecta now faces federal felony prosecution for illegally reentering the U.S. after deportation. After the resolution of that federal prosecution he is subject to removal again to Honduras.”

At the time, McFadden said the federal government wrongfully blamed him for the Pineda-Anchecta's release.

"My decision that MCSO will no longer honor voluntary ICE administrative detainers is not the sole reason for Pineda-Ancheta’s releases," McFadden said.

"Based upon Pineda-Ancheta’s previous deportation, ICE could have but did not seek a criminal arrest warrant for Illegal Re-Entry," McFadden said.

A North Carolina bill requiring all sheriff's agencies to comply with detainers was passed but vetoed by North Carolina Governor Roy Cooper in August.