A South Carolina Department of Corrections inmate walked off a worksite at Caughman Road Park in Richland County on Friday afternoon. 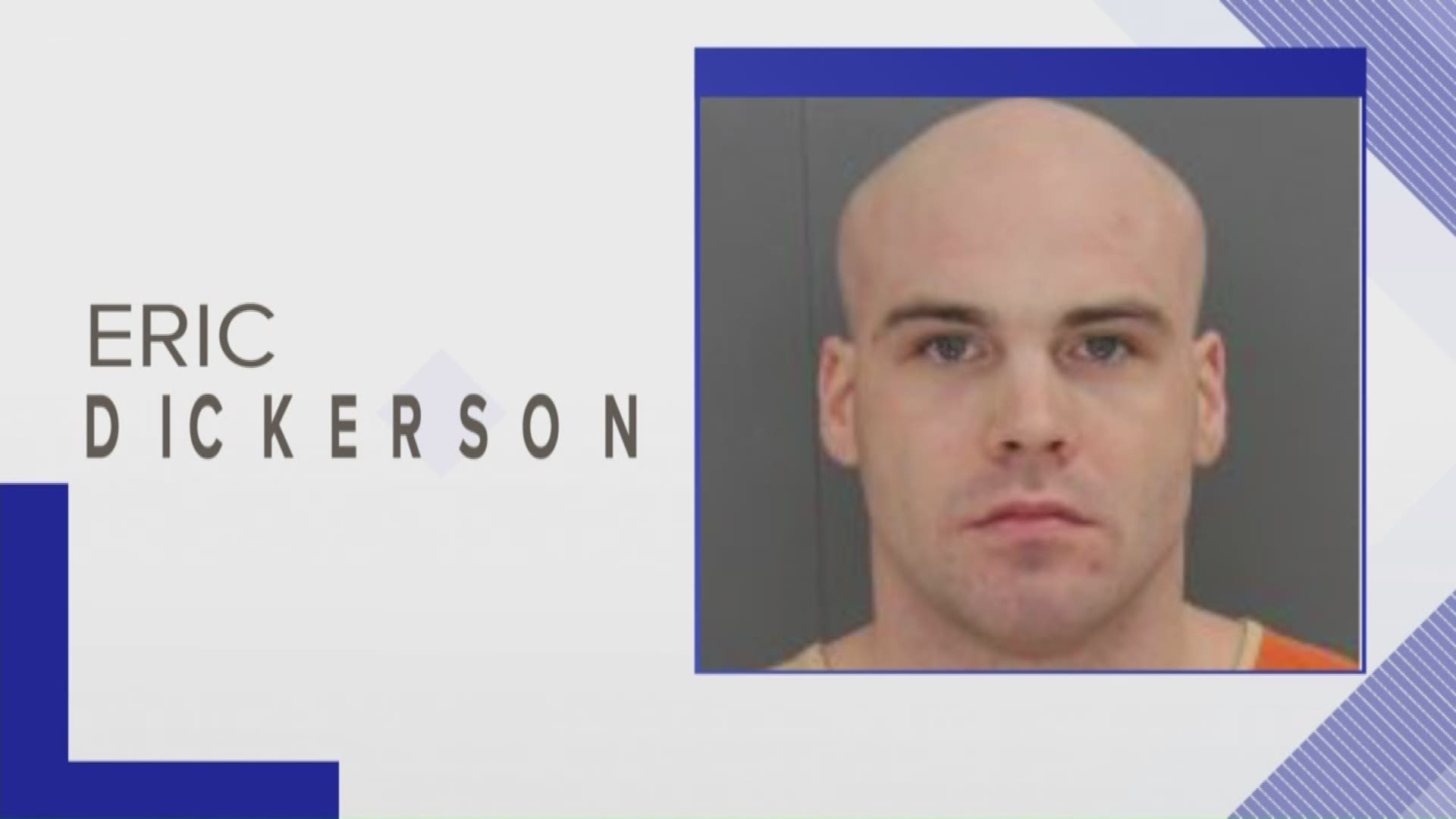 COLUMBIA, S.C. — An inmate who walked off of a work site in Richland County Friday is back in custody, according to the S.C. Department of Corrections.

Officials say Eric Ryan Dickerson is back in custody after being caught around 10 p.m. in the Garners Ferry Road area of Columbia.

The S.C. Department of Corrections inmate walked off from Caughman Road Park around 12:30 p.m. Friday afternoon, according to Chrysti Shain, Director of Communications for SCDC.

The suspect, Eric Ryan Dickerson, 28, was serving time for auto break-ins. Dickerson is described as a 28 year old white male, 6'1 ft, 186 lbs, balding on the top with brown hair on the sides, blue eyes,and a wearing a white tee shirt and SCDC tan pants and black boots. Suspect also has several tattoos on his right arm, left arm and back.

Dickerson has ties to the Simpsonville area.