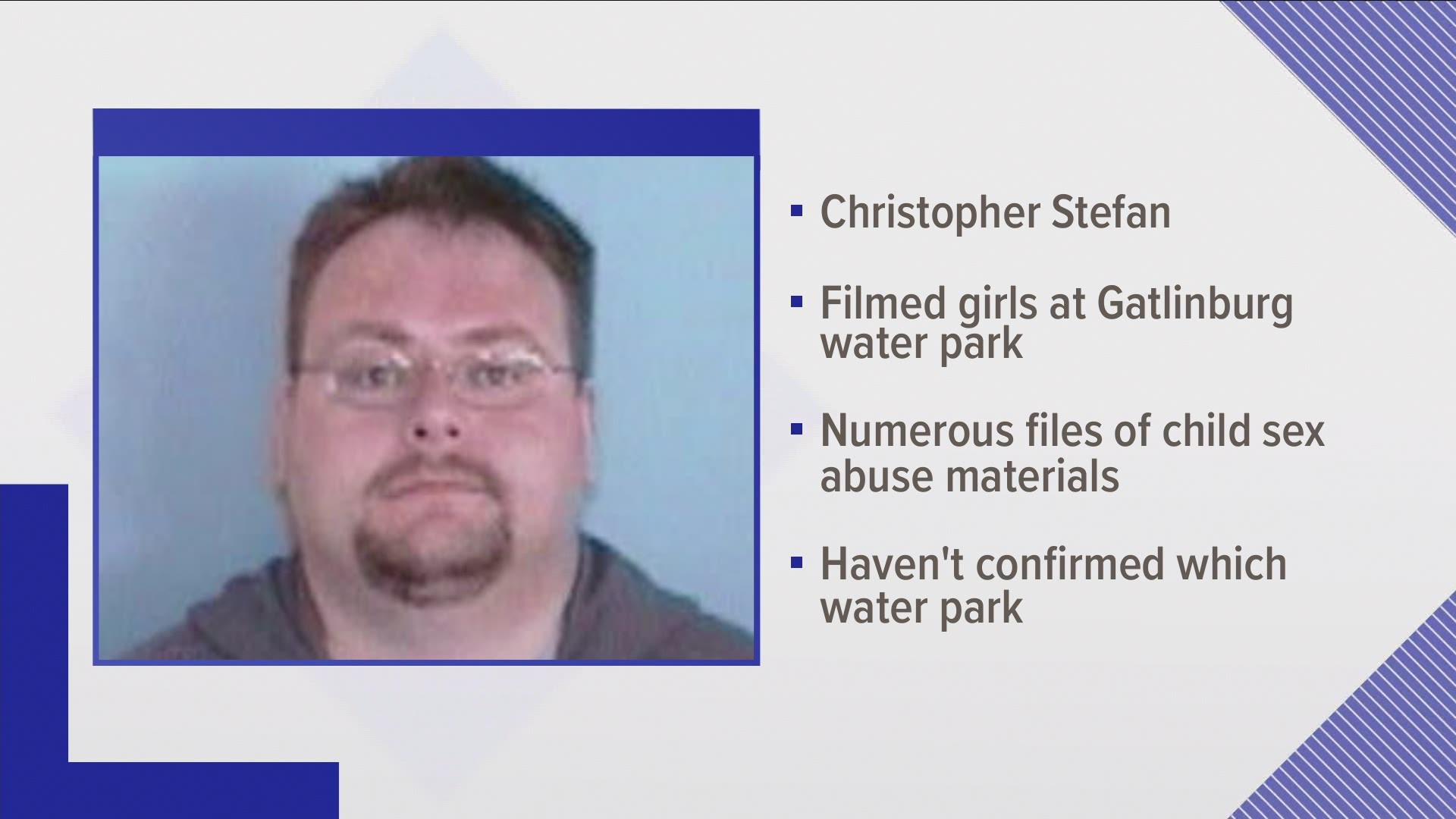 ALAMANCE COUNTY, N.C. — A North Carolina man charged with child pornography admitted to police he filmed young girls at a Gatlinburg water park, according to the Alamance County Sheriff’s Office.

The ACSO said investigators are still reviewing recordings and evidence in the case, saying all they can confirm at the moment is that the man admitted to filming in Gatlinburg. It said it cannot confirm yet which water park he took video at or when it occurred.

The sheriff’s office said in February 2021, the Human Exploitation Team opened an undercover peer-to-peer file sharing investigation. They said during the investigation the man offered to share child sexual abuse materials through a file-sharing network.

Investigators said the man’s IP address was obtained and traced to Stefan's house at 3719 South NC Highway 119 in Haw River.

The sheriff’s office said on June 3 it obtained a search warrant for the home and outbuildings on the property. Authorities said they discovered numerous files of child sex abuse materials on Stefan’s computers.

Officers also said they found homemade gun suppressors and machines used to make them. They also discovered a short barrel rifle with a suppressor attached to it. They said Stefan was making and selling suppressors online.

The Bureau of Alcohol, Tobacco, Firearms and Explosives (ATF) said its agents are also investigating the case.

The sheriff’s office said Stefan could face additional charges as investigators are still going through a large amount of forensic evidence including hundreds of files.

The ACSO said it could have more information about the case by the end of the week, including the dates of when the Stefan took the videos.

If you think you or your child could be a victim of a crime, contact the Alamance County Sheriff’s Office to speak with a member of the Human Exploitation Team or the Special Victims Unit at 336-570-6300.