The nativity scene was set out at First Baptist Church of Lowell on the first Sunday in December. Two days later, baby Jesus and the manger were gone. 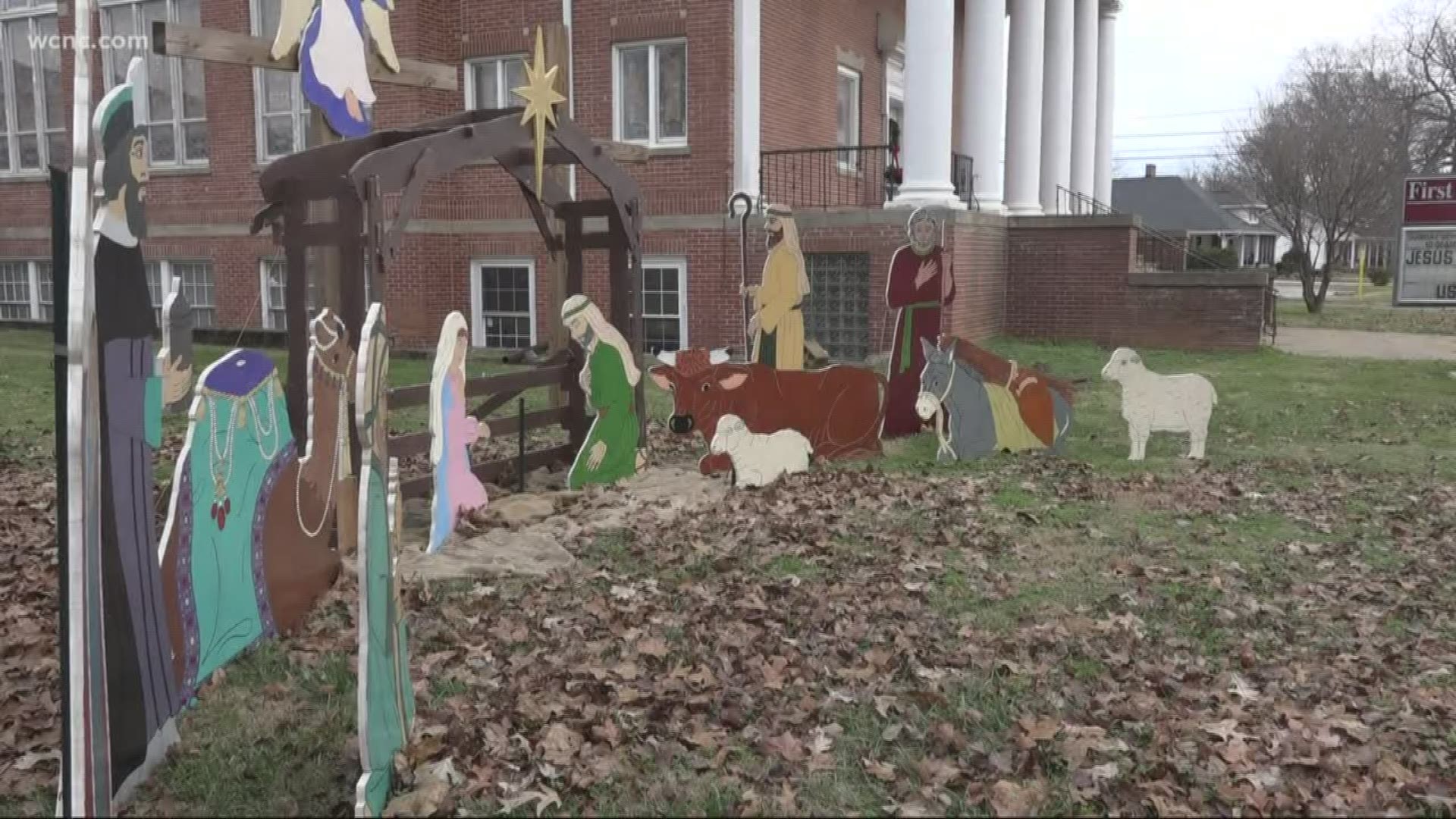 Candy Funderburk, a church member, said the nativity scene was set out on the first Sunday in December. Two days later, baby Jesus and the manger disappeared.

“At first you don’t know why, if somebody was just kind of pulling a prank, thought it was funny or if it was just being mean,” Funderburk said.

Baby Jesus, as well as the other nativity scene parts, were made by youth group members two years ago, said Funderburk. The group spent more than three weeks hand-crafting and hand-painting the pieces to provide some Christmas time cheer to those who pass by.

“We spent a whole lot of nights, many, many hours but a whole lot of laughs and some great memories making these just so that we could have something to be proud of at our church,” said Angie Green, who was the youth group leader at the time.

Now that the centerpiece is missing, Green said it’s disappointing that someone would take away a piece of their hard work.

Despite an angel and lots of watchful eyes looking out over baby Jesus, the police department said it does not have any surveillance footage or suspects at this time.

Funderburk said another church member is in the process of making another baby Jesus as a replacement.

She said it would be nice to have the original returned, but if it isn’t, Funderburk said there’s always room for one more at their church, including the person who took baby Jesus.

If you have any information about this case, contact Lowell Police Department.

'His doctor said he's dying,' Mom of 9-year-old NC boy with a failing donor-heart asks for Christmas cards to cheer him up