The fire department said their crews were helping victims in the winter weather when their firefighters were nearly injured by a drunk driver. 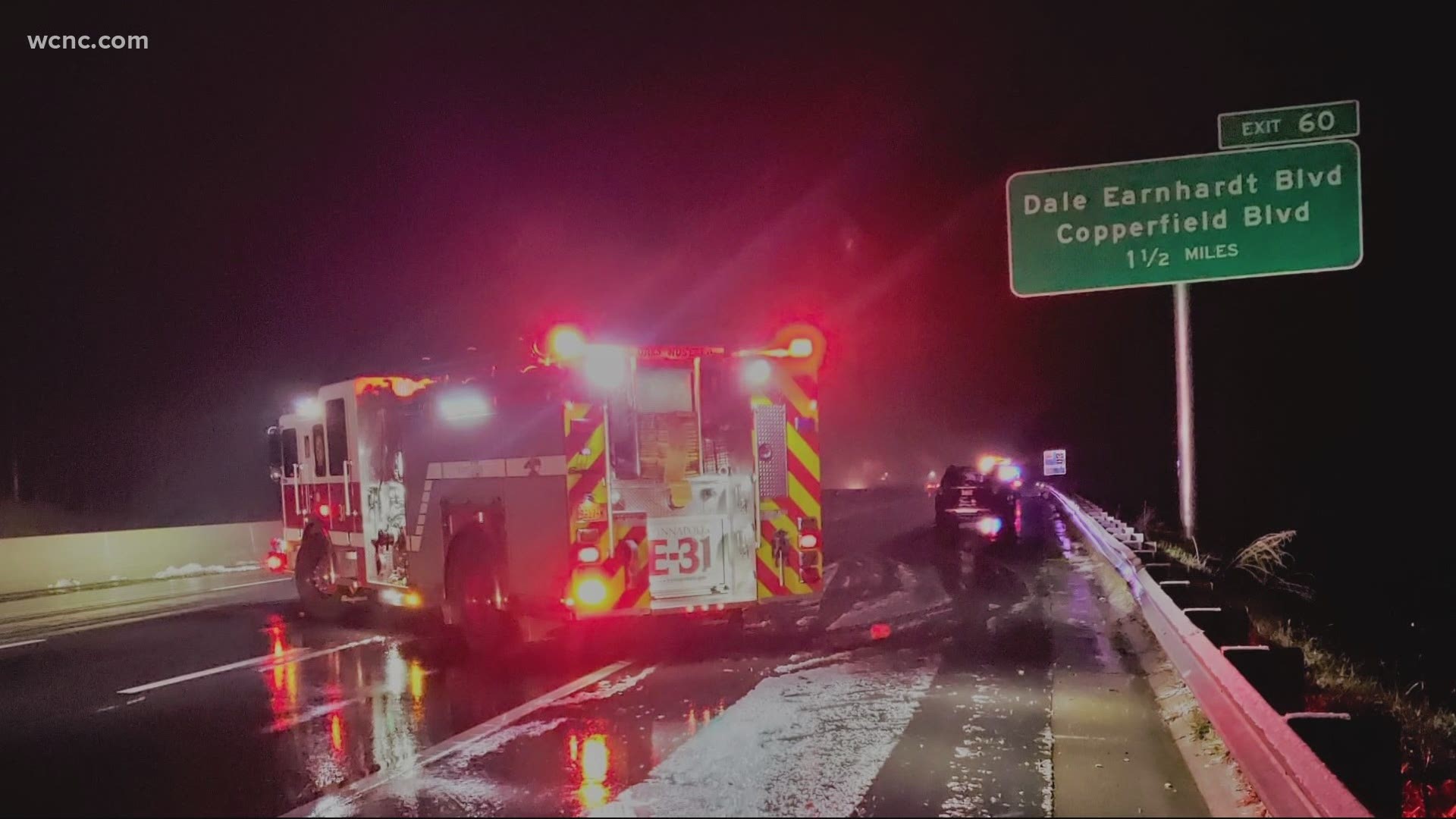 "As the driver approached the accident scene, equipment being used, including hydraulic tools and medical supplies, were struck by the driver, while nearly hitting several firefighters along the way," the post reads. "Other firefighters were able to get the vehicle stopped, at which point the driver was taken into custody by NC State Highway Patrol."

No injuries were reported as a result of the accused wrong way driver.

“To be clear, the Kannapolis Fire Department will work tirelessly with our law enforcement partners to ensure that those who make irresponsible decisions that endanger the lives of our first responders will be prosecuted to the fullest extent of the law," Kannapolis Fire Department Chief Tracy Winecoff said as part of the post on social media. “We are thankful that no firefighters were injured tonight”.

The patient who had to be extracted from their car after the initial interstate crash was taken to Atrium Cabarrus hospital for treatment of their injuries.

The fire department said they responded to multiple emergencies overnight as a result of the winter weather, which was officially observed to have left upwards of half an inch of accumulated snow in neighboring Salisbury and Mooresville. No measurement was immediately reported Sunday morning from Kannapolis.

In September of 2019, a Salisbury woman who drove the wrong way on Interstate 85 for miles sent other drivers swerving off the highway before she crashed head-on into an SUV and died.

RELATED: 6 hurt in wrong-way crash involving Medic ambulance on I-277

Last August, six people were injured when a pickup truck driving the wrong way of Interstate I-277 in Charlotte collided with a Medic ambulance.