Huntersville Police were dispatched for reports of someone barricaded in a home. When they got there, both the teacher and her husband were dead. 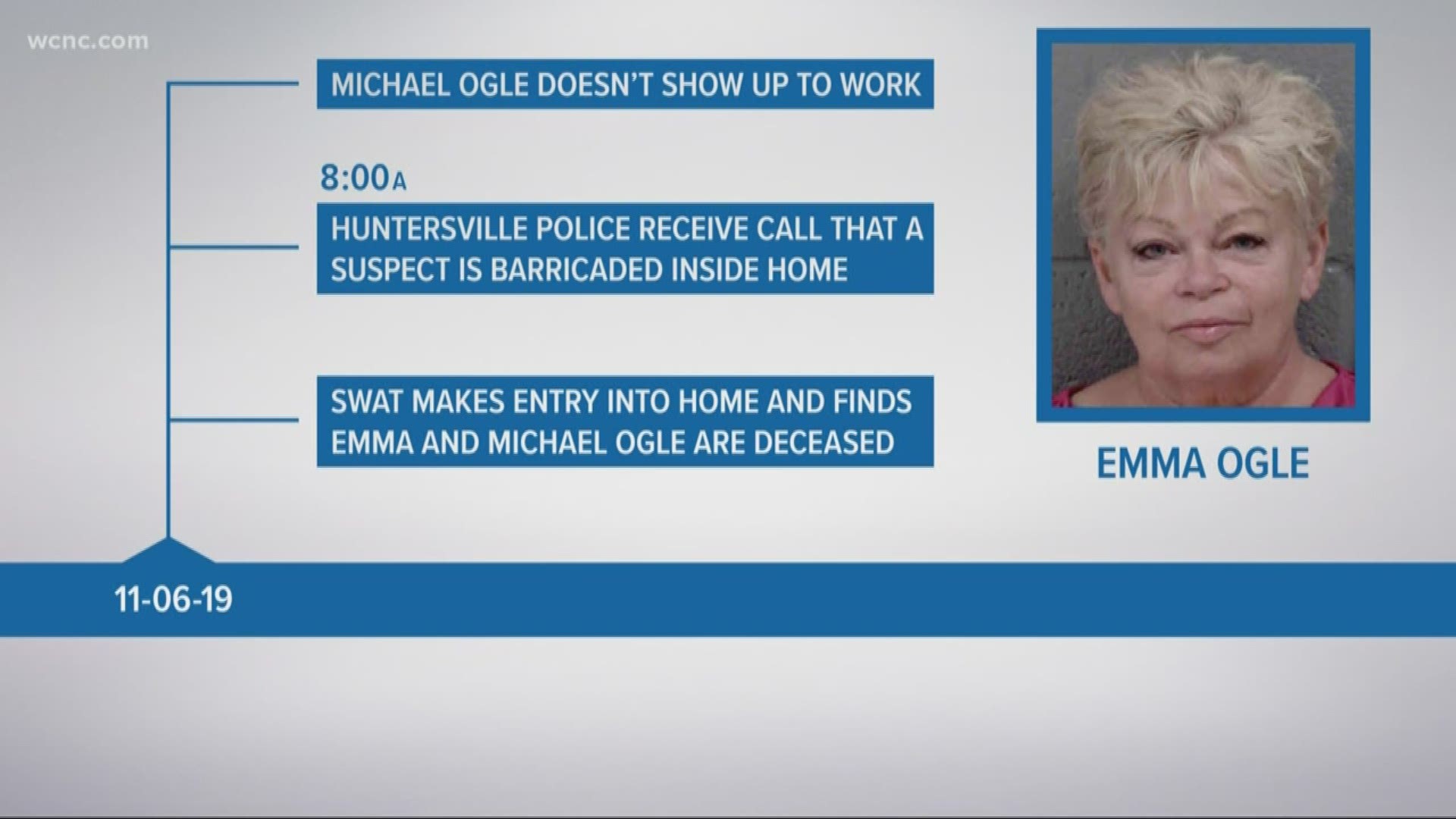 HUNTERSVILLE, N.C. — A teacher at Charlotte's Garinger High School accused of having a sexual relationship with a student was found dead along with her husband in their home Wednesday morning, according to the Huntersville Police Department.

The bodies of Emma Neil Ogle, 63, and her husband, Michael Ogle, 59, were found by police officers who responded to reports of a barricaded suspect in the home.

According to police, a family member went to the home at 9800 Hambright Road after Michael Ogle did not show up to work. The family member told police they saw Emma Ogle inside the family home with a gun along with the body of Michael Ogle.

Once the SWAT team arrived on the scene around 8 a.m., police said they tried to make contact with Emma Ogle several times before they entered the home just before 10 a.m. That's when they discovered the couple was dead from apparent gunshot wounds.

Emma Neil Ogle was facing multiple charges for an alleged sexual relationship with a student. Ogle was suspended with pay effective Thursday, October 31, by Charlotte-Mecklenburg Schools.

Emma Ogle had been charged with engaging in a sex act with a student, indecent liberties with a student, and a crime against nature. She was released on a $10,000 bond after her initial court appearance.

The school district said there was no indication the alleged sex crimes happened on campus.

Emma Ogle has been with the district since 2005; first at Vance High School, before moving to Garringer High School in 2014.

During Wednesday's investigation, nearby Lake Norman Charter Elementary School was placed on lockdown while police investigated. The lockdown was lifted a short time later.

CMS sent a statement on the incident late Wednesday afternoon:

Charlotte-Mecklenburg Schools is aware of a tragic situation involving an employee that occurred off-campus and did not involve any student. Nothing is more important than the well-being of our students and staff. Social and emotional supports have been deployed for those affected in our district. Supports will continue to be available for any students or staff who need them.

Blade of glory: The mystery around a late president's sword