Lancaster County deputies say the woman knew something was off when the fake cop walked up to her window but wasn't in uniform. 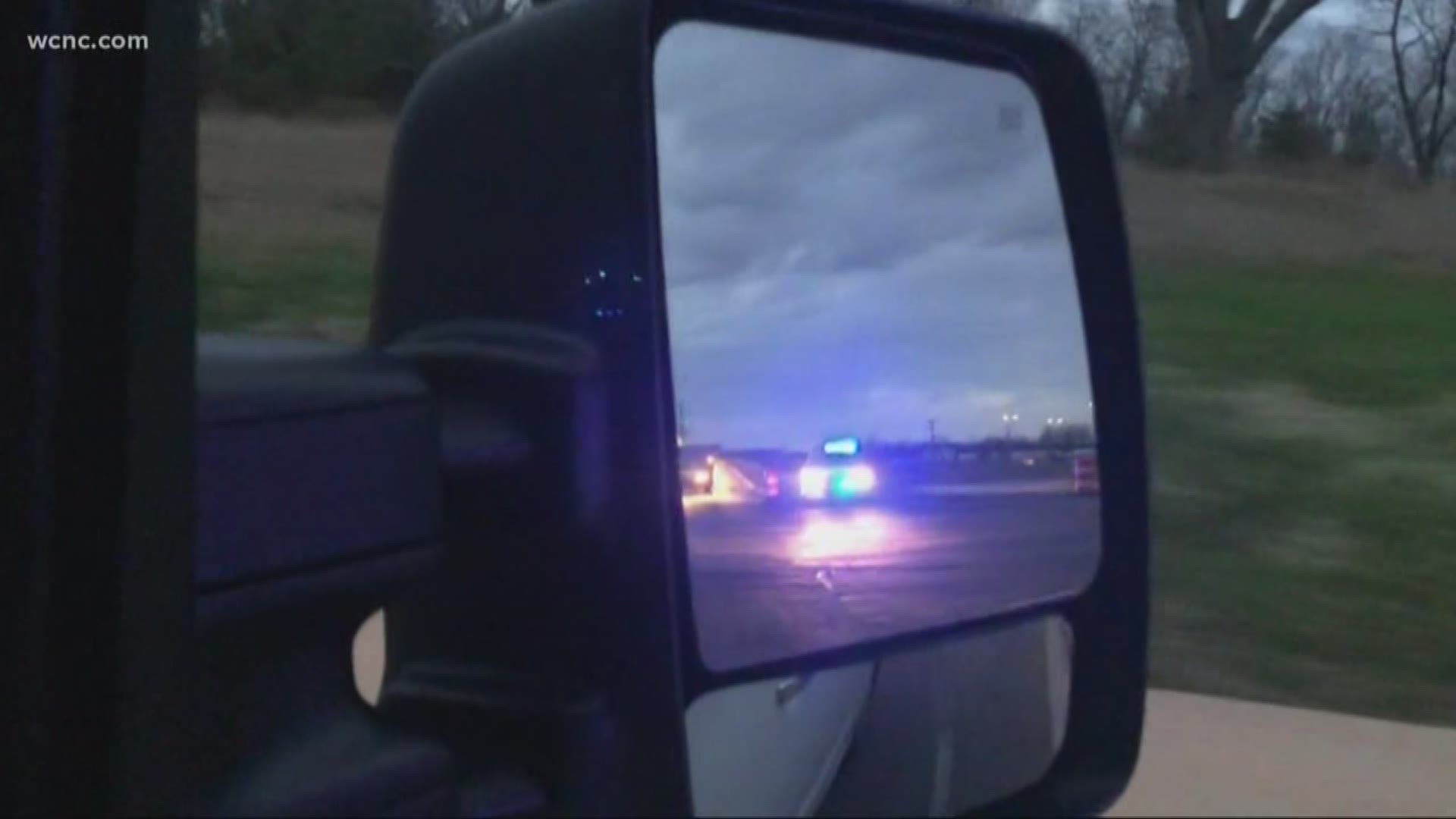 INDIAN LAND, S.C. — Deputies in Lancaster County, South Carolina are on the lookout for a man who they said is impersonating a police officer and successfully pulled a woman over in Indian Land.

The victim was pulled over on Highway 160 between Calvin Hall Road and Possum Hollow Road, according to the Lancaster County Sheriff's Office.

The woman, who was alone in her Jeep Wrangler, said the fake officer talked as if he was a cop and acted like he was conducting a routine traffic stop, according to a news release.

He got back in his car, but the woman noticed he wasn't wearing a uniform and called authorities, according to deputies.

Investigators determined it was not an officer, instead a man who was acting like one.

"It's quite worrisome," said Essence Massey who frequents the area.

It's not the first time this has happened in our area.

RELATED: He told kids at a campsite he was an FBI agent. Their father scared him away.

RELATED: He looked and acted like a cop - - but police say this man in Charlotte was impersonating an officer

In 2018, Mint Hill police said a woman was pulled over and shaken up after she had two guns pointed at her by a guy and girl who said they were police officers.

"It truly makes it a lot more difficult when it really is the police and we're trying to do our job," said Officer Jonathan Frisk with CMPD.

Police departments across the country say you can do simple procedures to make sure you're safe.

"I always try to make sure if I get pulled over I'm in a well-lit area," said Massey, which is one tip officers said to do when getting pulled over.

Police advise drivers to lock your doors, make sure your emergency flashers are on, and crack the window just low enough so you can communicate with the officer. Some advise you not to lower your window all the way down so an impostor can't reach in.

Officers said never shy away from calling 9-1-1 if something seems off because dispatchers can tell you in a matter of seconds if it's actually a law enforcement officer.

If you see anything suspicious or similar, or know anything about the Indian Land case, you are urged to call the Lancaster County Sheriff's Office.