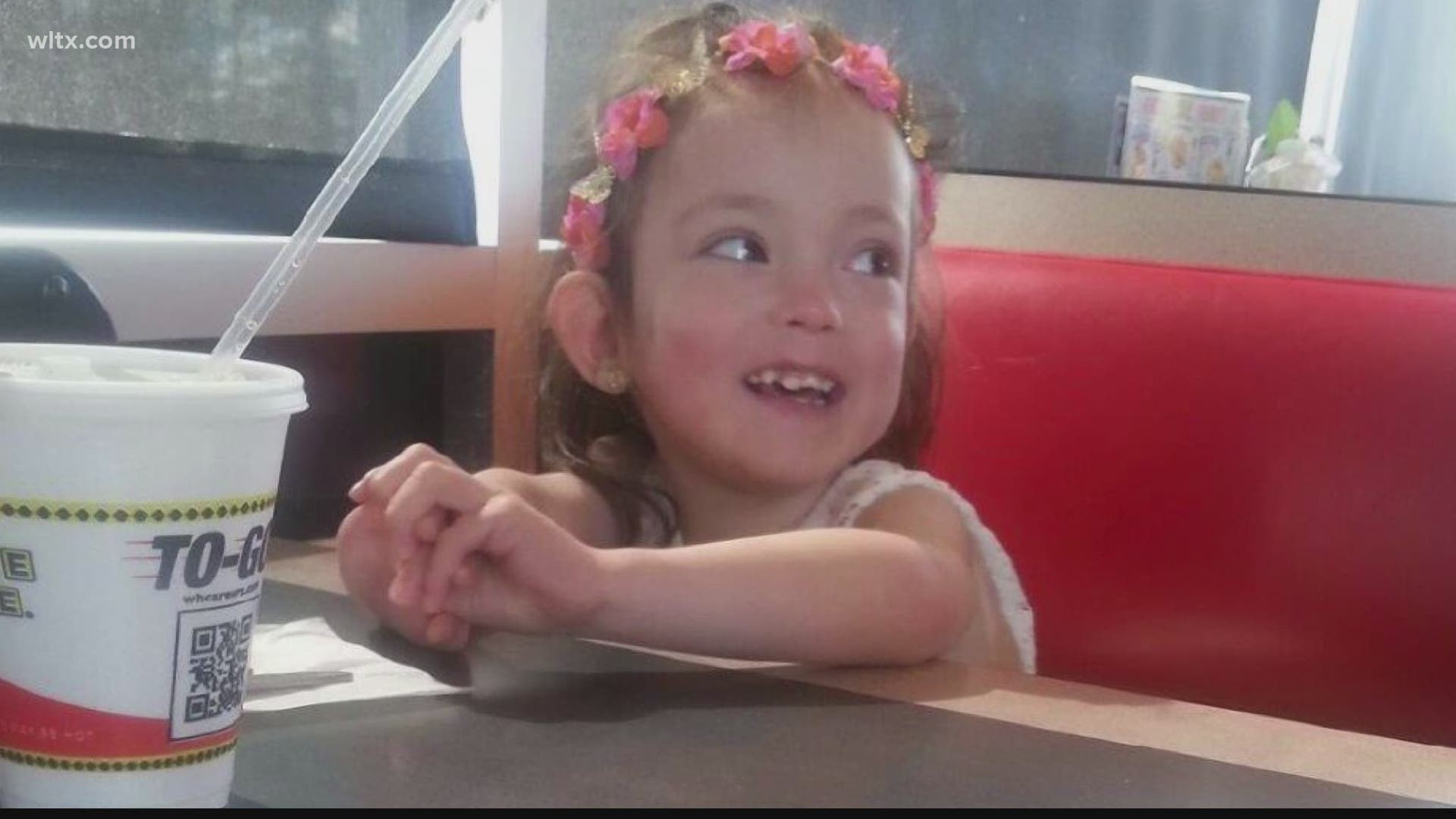 LEXINGTON, S.C. — A Lexington woman has been sentenced to 38 years for killing her 4-year-old daughter.

Cynthia Estrada-Lopez, 28, plead guilty to homicide by child abuse in the murder of Lilly Lopez in Lexington County Court on April 1. Estrada-Lopez will not be eligible for parole.

According to records presented in court, the Lexington County 911 Center received a call at 9:05 pm on July 31, 2017, to the home of Estrada-Lopez and her husband, David Steadman, on Nazareth Road. First responders found Lilly unresponsive on the living room floor and began CPR. Lilly was pronounced dead after arrival at the Lexington Medical Center. The law enforcement investigation by the Lexington County Sheriff’s Department determined evidence of child abuse and neglect, including numerous bruises to Lilly’s head and body.

Evidence presented during the guilty plea included statements that Estrada-Lopez made to investigators over the course of eleven days. Estrada-Lopez initially told first responders that she discovered her daughter collapsed in a hallway. During the investigation, a 5-year-old sibling participated in a forensic interview conducted by an interviewer who is specially trained in working with children. The interview was conducted at the Dickerson Child Advocacy Center in Lexington County. During the interview, the sibling reported witnessing his mother restrain and tape Lilly to her bed. He also reported witnessing his mother place tape over Lilly’s mouth “so she doesn’t cry.”

Following the forensic interview of the sibling, investigators with the Lexington County Sheriff’s Department returned to the home on Nazareth Road on August 10, 2017 and conducted an additional search. Investigators discovered remnants of tape in a trash bag that were constructed in a fashion consistent with a mouth restraint. They also observed a torn piece of tape along the headboard of Lilly’s bed.

Investigators conducted an additional interview with Estrada-Lopez and she confessed to placing tape over Lilly’s mouth and restraining her to the bed on the night of July 31, 2017. In her voluntary statement to investigators, she admitted that Lilly was “gasping for air” after her husband later removed the tape. She further admitted that she and her husband waited “at least maybe an hour” before calling 911 or seeking medical assistance for Lilly. She stated that she waited to seek medical assistance for Lilly because she “did not want to look worse than I already am.”

An autopsy by a forensic pathologist revealed that Lilly died as a direct result of aspiration of food particles into her lungs, caused by Estrada-Lopez Lopez placing tape over her mouth and physically restraining her. The autopsy report also noted dehydration and blunt force trauma to Lilly’s head.

Estrada-Lopez was arrested on August 11, 2017 and charged with Homicide by Child Abuse.

Steadman was also arrested after providing statements to law enforcement acknowledging child neglect and their failure to render medical aid to Lilly. Steadman was sentenced to 20 years in prison following a jury trial conviction in February of 2020.