The 71-year-old man was arrested in York County for the alleged incidents in the Myers Park, Barclay Downs, and Chantilly neighborhoods of Charlotte. 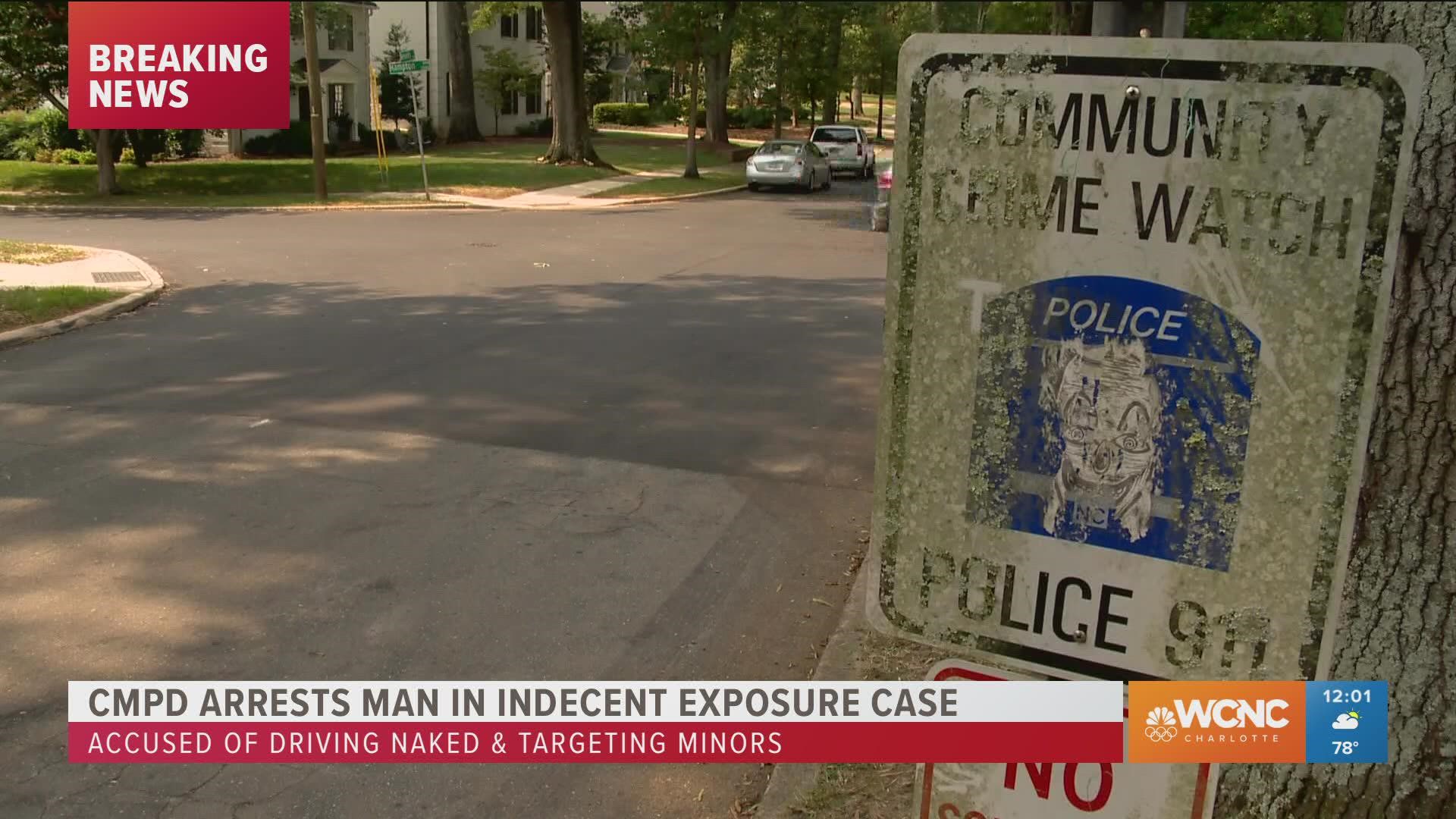 CHARLOTTE, N.C. — A man has been arrested after alleged incidents in two Charlotte neighborhoods where parents and teenagers said a naked man tried to lure teenage girls to his car.

He is facing charges after parents in the Charlotte neighborhoods of Myers Park, Barcley Downs, and Chantilly said a naked man tried to lure their teenage daughters to his car.

McLean has been charged with indecent exposure, and indecent liberties with a child, which authorizes explained were the result of him exposing himself to a child.

WCNC Charlotte previously spoke to the families of three teens, all from different parts of Charlotte, who all describe the same man, in the same car, asking the girls to come close. In at least two of the incidents, the teenagers claim the man’s private parts were exposed.

“Luckily she had the presence of mind to take off running and that was the end of it,” Jeffrey White, a neighborhood to one of the 17-year-old victims, previously told WCNC Charlotte's Ashley Daley after a reported incident on Sept. 6.

White said the same car and driver were spotted in the neighborhood after that weekend. White posted to the social media platform Nextdoor to alert his neighborhoods. As a result, other neighborhoods responded by sharing their own observations and encounters with the vehicle.

One of those responses came from Lori Welke, who said her daughter had an encounter on Sept. 11.

Welke explained the man slowed down his vehicle and asked her daughter for directions.

When her daughter stepped closer, however, she said she noticed the man was naked and quickly ran home. Welke said she notified police but never knew how widespread it was until she saw White’s post on Nextdoor.

"If you think that you have been a victim or you have witnessed some of this concerning behavior I need you to call," CMPD Lieutenant Steve Fischbach previously told WCNC Charlotte. "And then an officer is going to respond and that officer is going to work with you to determine if a criminal act has taken place."

Note: WCNC instituted a new policy in March 2021 regarding the broadcast or posting of mugshots.  WCNC Charlotte is choosing to show the mugshots of the suspects in this case the event additional victims may recognize the individual.