Man charged in deadly crash on I-85 in north Charlotte

Charlotte-Mecklenburg Police charged Kevin Whitlock with multiple felonies in connection with a deadly wreck on I-85 shortly after midnight on New Year's Day. 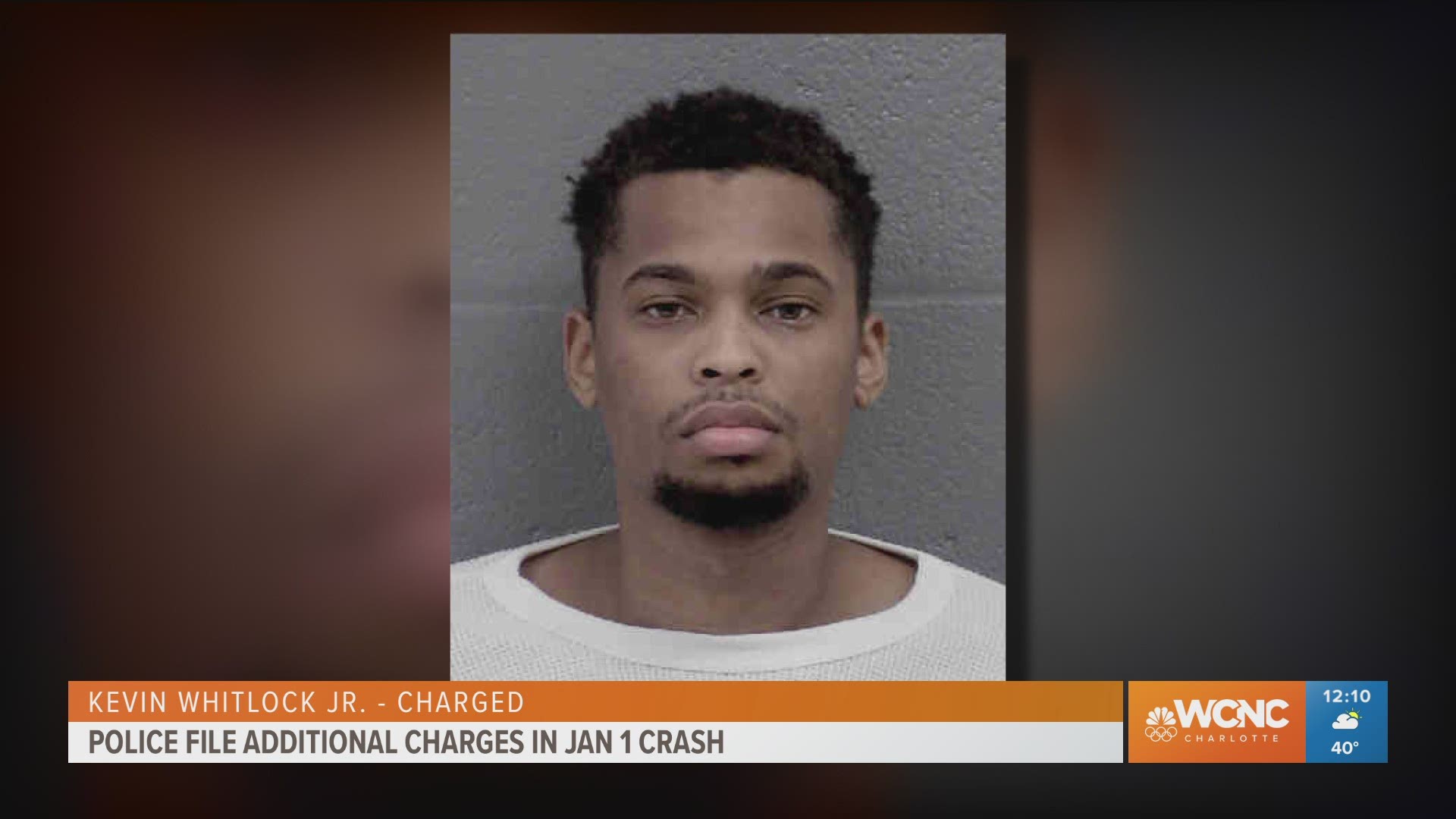 CHARLOTTE, N.C. — A man is facing multiple charges in connection with a deadly crash on I-85 in north Charlotte on the morning of New Year's Day, Charlotte-Mecklenburg Police said.

CMPD was called to a crash on I-85 near Sugar Creek Road a little after midnight on Jan. 1. Police said a CMPD officer was blocking one lane of the highway when Kevin Whitlock Jr. slammed into the cruiser. The force of that collision knocked both vehicles into another car. A woman in Whitlock's car was pronounced dead at the scene. Several others were injured.

Following an investigation, detectives obtained multiple warrants against Whitlock for his arrest. Whitlock is charged with felony serious injury by vehicle, felony death by motor vehicle and reckless driving. He was immediately taken into custody and placed in Mecklenburg County jail.

CMPD's investigation is still active. Any person with information about this crash or any other incident is asked to call Crime Stoppers at 704-334-1600.