It comes after the WCNC Charlotte Defenders team revealed dozens of similar cases last year, according to TSA records. 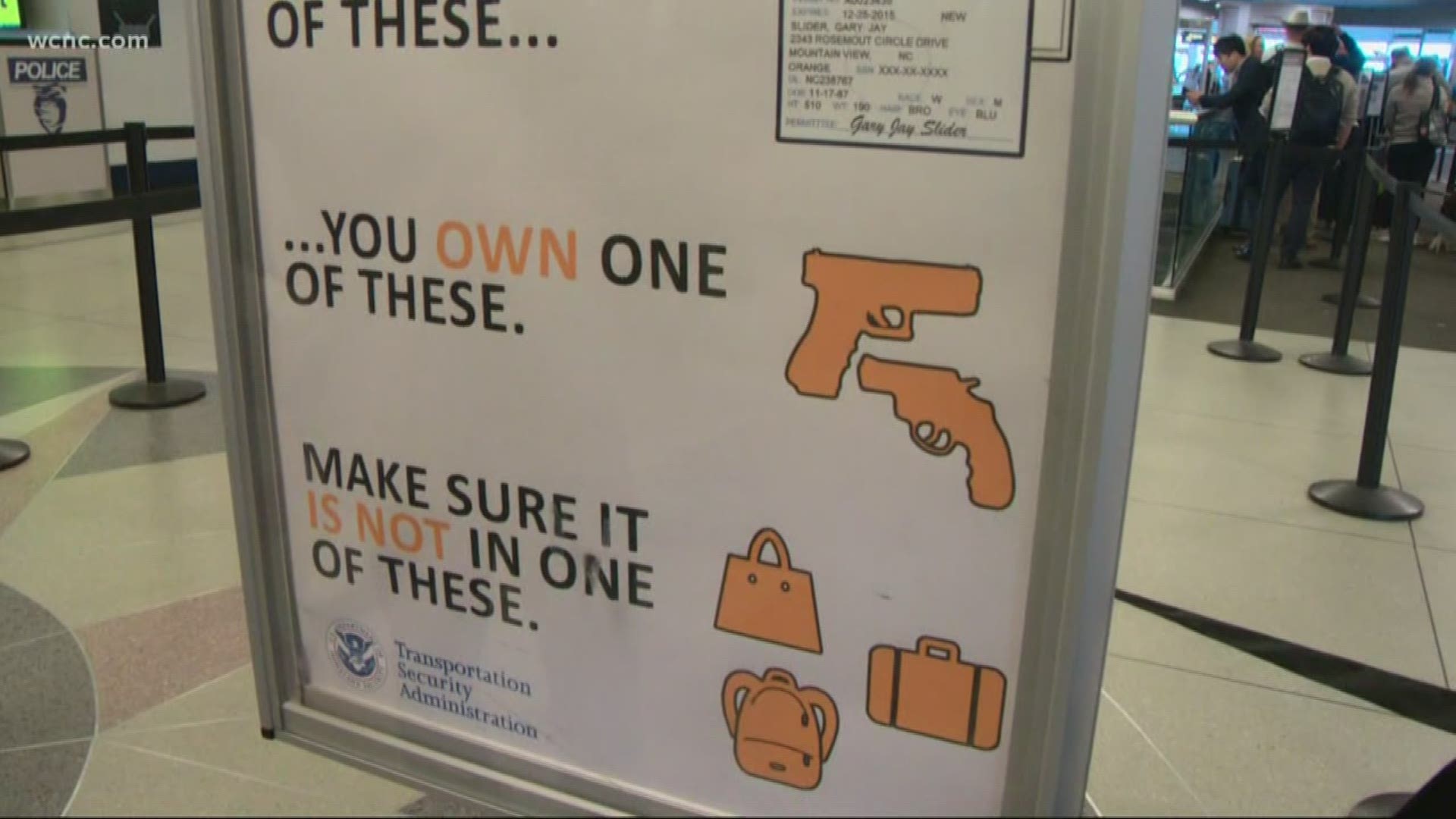 Over the weekend, police charged a man for bringing a loaded weapon to the airport. It comes after the WCNC Charlotte Defenders team revealed dozens of similar cases last year, according to Transportation Security Administration records.

It’s even more concerning because WCNC Charlotte learned most of the guns are loaded. Police say that was the case around 2:30 p.m. on Saturday when a man disregarded the law.

James Brinson, 55, was charged for bringing the weapon to the airport.

Police did not say what area of the airport the latest case happened, but WCNC Charlotte reported on the hidden danger at checkpoints just last month.

RELATED: Most guns found at Charlotte airport were loaded, half had chambered rounds

“We could have a tragedy right there in the checkpoint,” TSA spokesperson Sari Koshetz said.

The TSA said agents are finding many bags holding guns; most of them loaded.

"It's certainly higher than we would like,” said Mike England with the TSA.

"This is a serious issue because you see how people fling their bags onto the X-ray belt,” Koshetz said.

Among airports across the country, TSA records show Charlotte Douglas had the 14th highest number of confiscated guns last year. There were 74 cases in 2019 and 75 in 2018, which is four times as many as in 2012, when there were 17 cases.

Nationwide, passengers at Hartsfield-Jackson Airport in Atlanta brought the most guns, 323 in all. That was followed by Dallas-Fort Worth, Denver, George Bush in Houston, and Phoenix.

"Instead of going on your trip, on your vacation, you will be going to jail,” Koshetz said.

In addition to being arrested, the TSA can also fine people up to $13,000 for bringing a weapon to the airport.

In the latest case, Brinson was charged with possessing a weapon on city property.  He was cited, but not physically taken into custody.