Man shot in uptown after fight breaks out, CMPD says

The victim’s injury is serious but appears to be non-life-threatening at this time. 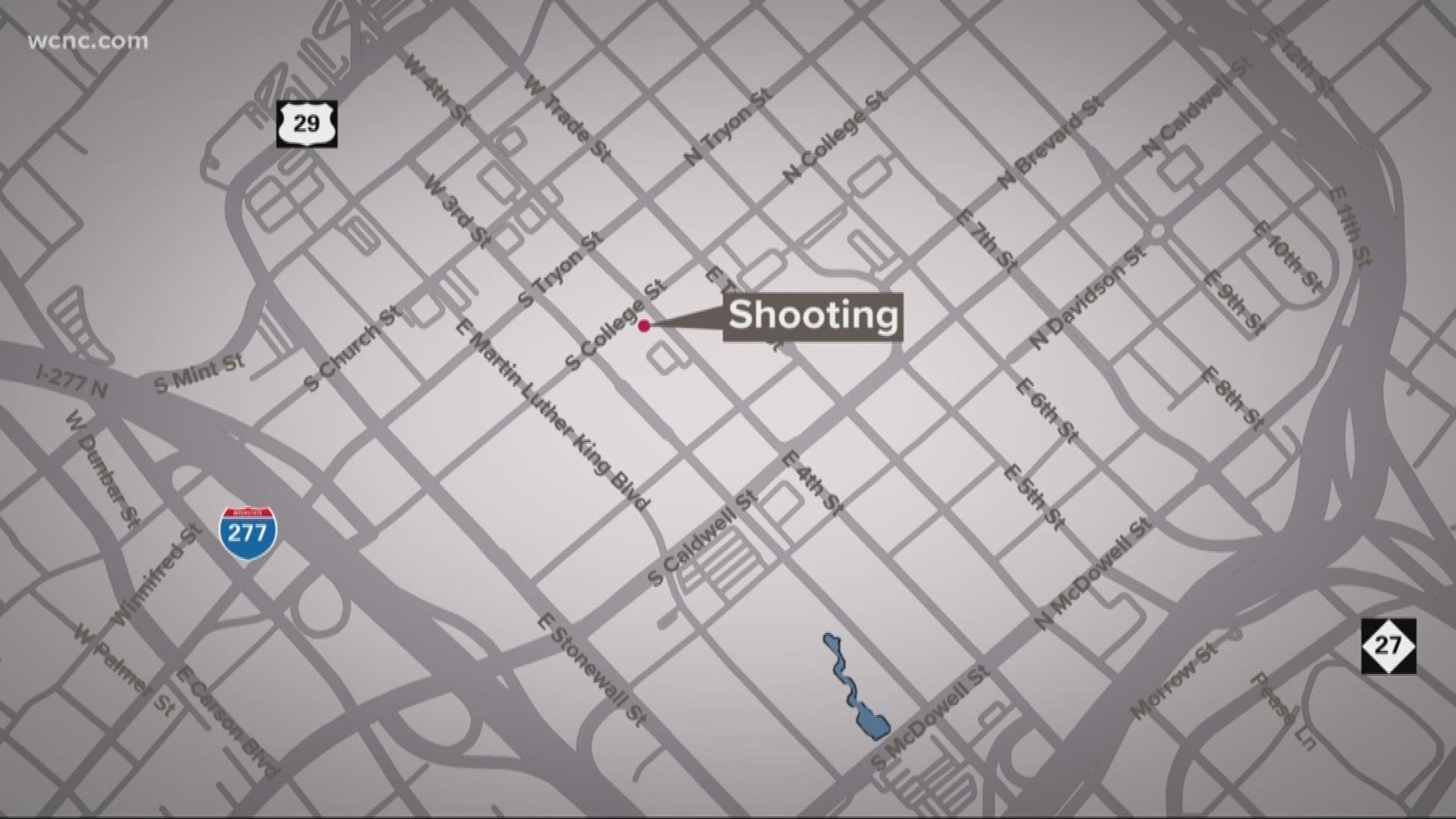 CHARLOTTE, N.C. — One person was shot after a fight broke out in uptown Charlotte, the Charlotte-Mecklenburg Police Department reports.

According to police, about 8-10 people were in a group located near the intersection of 4th Street at College Street.  Police said two of the men began fighting near the entrance to the parking deck of 201 S. College.

Police said after only a few seconds, a 3rd man, shot one of the people who was actively involved in the fight.

The victim was shot in the hip and has been transported by MEDIC to the hospital for treatment, police report. Police are still looking for the suspect.

The victim’s injury is serious but appears to be non-life-threatening at this time.