With the recent spike in crime, most women say they want a fighting chance if they’re faced with a dangerous situation. 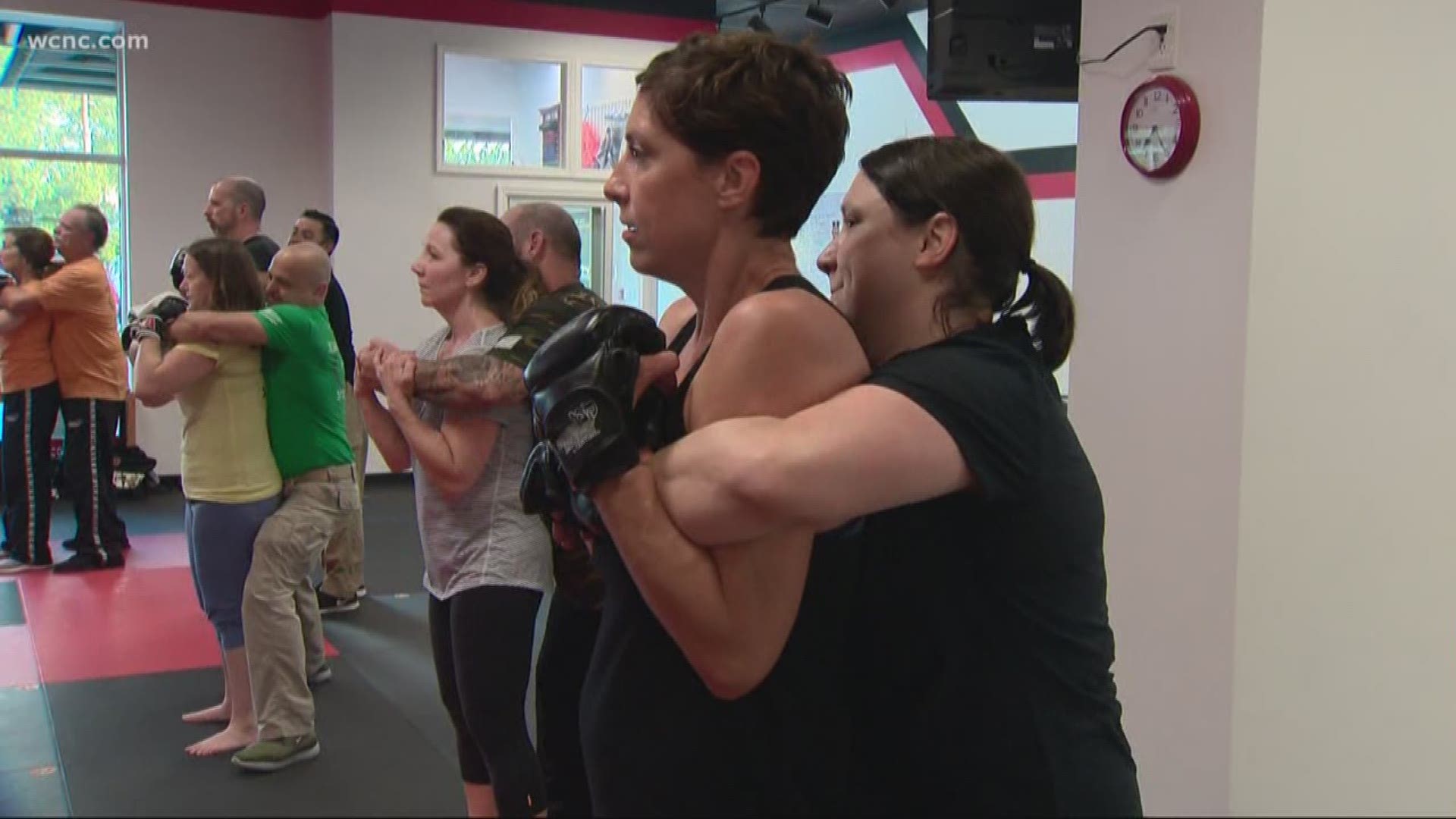 CHARLOTTE, N.C. — Some Charlotte-area organizations and police departments are looking to empower women following a recent spike in crime.

On Wednesday, a teenager was charged in connection with two sexual assaults and break-ins.

Charlotte-Mecklenburg Police said the cases happened at an apartment complex on Forestbrook Drive. In each incident, women reported being sexually assaulted by a man who broke into their home.

The majority of violence against women is domestic.

On Monday, 28-year-old Aiesha Shantel Summers was shot by 35-year-old Edward Silk Garner Sr. according to CMPD. The initial investigation showed the shooting was a domestic violence call.

The first step in protection is being aware. Too often people have their hands full and are not paying attention to what’s going on around them.

At Winners For Life Martial Arts, instructors focused on teaching participants how to get out of the three most common types of attacks.

Many people don’t want to use these skills, but with the recent spike in crime, most women say they want a fighting chance if they’re faced with a dangerous situation.

"It's scary and I just feel like being alone and walking by myself, all that stuff, I don't like doing it anymore," said Katie Pitts.

Pitts lives in the South End, but in the last few months, she said so much has changed, and she’s left constantly on alert.

That fear is common. It's why Winners For Life Martial Arts putt on free self-defense classes.

"I can only imagine something happening to my daughter," said Chris Kellogg, one of the instructors.

The most common threat is being choked, especially if you know your attacker.

Kellogg ran through that move and a few others several times, intending it to become muscle memory. That way, if someone is in a real-life situation, the fear and adrenaline won’t slow them down, which leaves women like Pitts feeling empowered.

"Before I felt like I couldn’t get away, now I think I could," she said.

Winners For Life will hold another women’s self-defense seminar at the Ballantyne location on August 24.