Nevaeh Adams and her mother were killed last month, Sumter police say, by a man they mother knew. 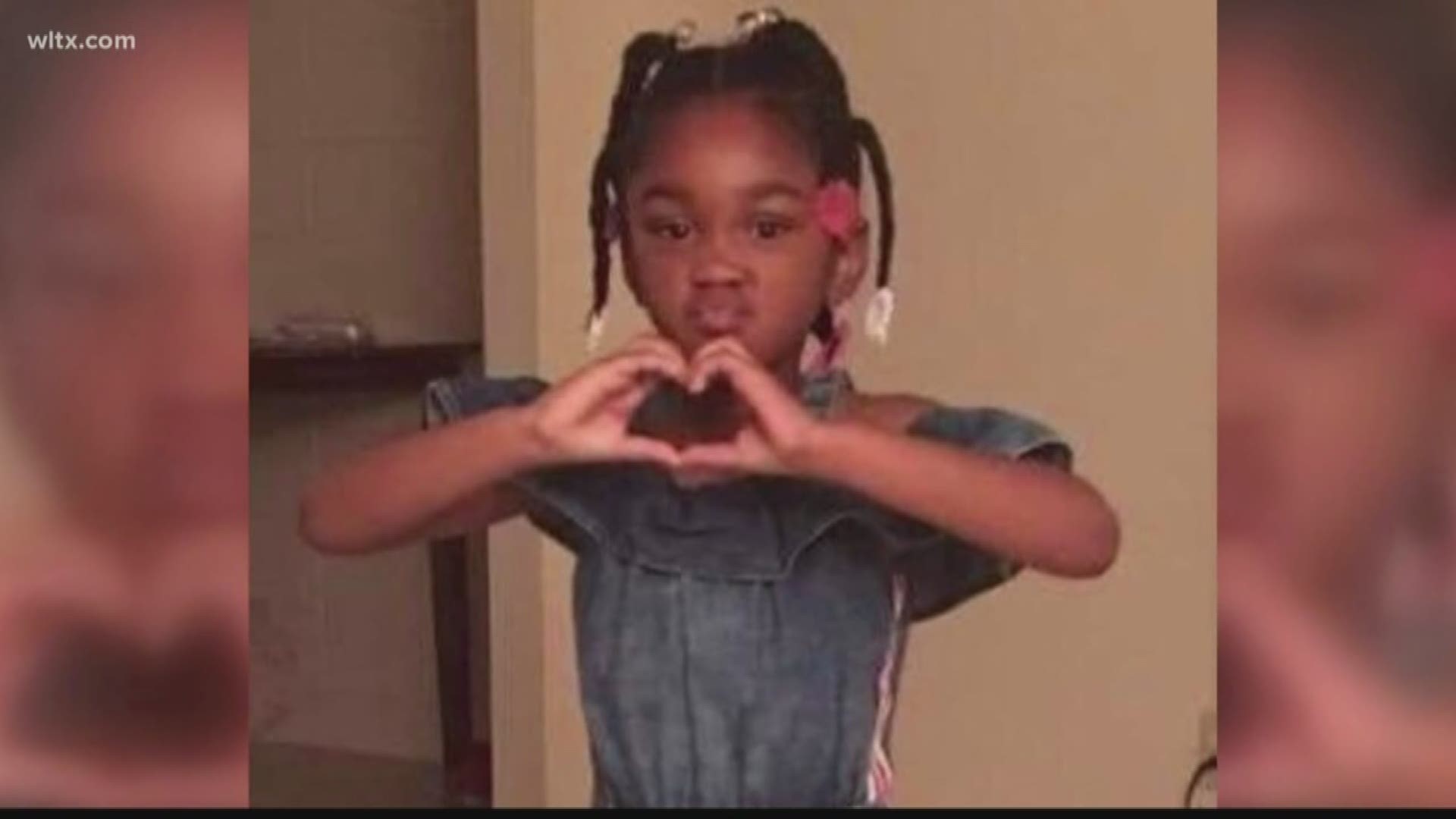 SUMTER, S.C. — Sumter police investigators found the blood of a missing 5-year-old girl in her apartment, according to an arrest warrant filled out three weeks after she went missing.

News19 obtained the warrant Thursday that gives some new information about the case of Nevaeh Adams and her mother, Sharee Bradley. Police have charged Daunte Johnson, 29, with the murder of both of them.

Sumter police believe the mother and daughter were killed on August 5 at their home, and police have said that Johnson confessed to killing them both with a knife. Johnson told officers he dumped Nevaeh's body in a nearby dumpster after the killings, according to investigators.

RELATED: 'We will not stop': Search continues for missing Sumter 5-year-old

At a news conference announcing the charges in Adams' death back on August 26, Sumter Police Chief Russell Roark said there had been forensic evidence collected that led them to charge him with killing the girl, even though her body has not been found.

RELATED: Cause of death released of mother of missing 5-year-old SC girl

But the warrant specifically states, "blood evidence collected at the scene and analyzed by SLED was found to belong to both the victim as well as her mother, corroborating the victim's confession."

The warrant also says officers have in their possession the murder weapon, which is described in the warrant as a large folding knife. Officers say he used it to kill them both.

In the days after the killing, officers searched landfills in both Sumter and Richland Counties where they believe the dumpster's content had been taken, but no remains were ever found.

It was Bradley's 12-year-old son told law enforcement that his little sister, Neveah, was missing. Shortly after officers realized she was missing, Johnson was arrested on Susie Rembert Street, about a block from the apartment complex.

Johnson has a criminal history that dates back 10 years that includes both Missouri and North Carolina.   When he was arrested, officers say, he was driving a stolen car that he took from Aaliyah Stanley of Missouri.

The warrant also states Johnson shot and killed Stanley out in Missouri, stole her vehicle, and traveled to Sumter. They say he was attempting to sell it in the area.

Johnson remains behind bars at the Sumter County Detention Center.