'Not sure it gets much closer than this': State trooper nearly hit by suspected drunk driver on I-70 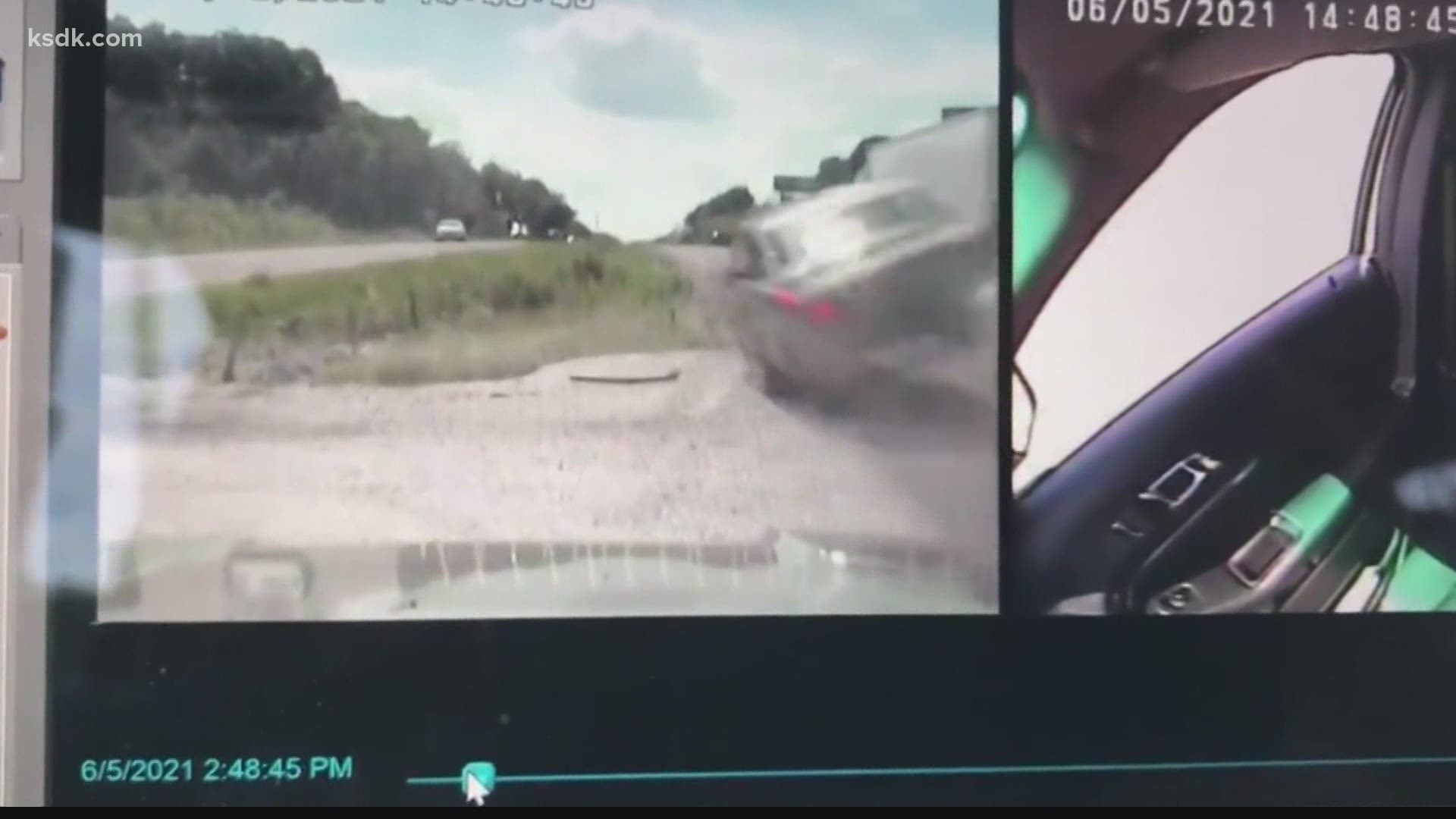 In a tweet, the highway patrol said a car speeding down the shoulder of Interstate 70 near the 121-mile marker in Boone County. The driver narrowly missed the trooper's car.

In the video included in the tweet, the car goes airborne before spinning out and flipping onto its roof. Another car spun out, but the driver of that car was not injured.

The driver of the car that flipped was not injured, and the trooper was able to take the driver into custody. The driver was arrested on suspicion of DWI.

Not sure it gets much closer than this......

This was yesterday on I-70 at the 121 mile marker in Boone County. Luckily, neither driver was injured.

The driver of the vehicle that nearly struck the patrol car and overturned was arrested for DWI.#DriveSoberOrGetPulledOver pic.twitter.com/rjck5VC1aN